What Is Cragne Manor's cheese rating? (potential spoilers for game, not cheese)

Thanks to Katherine Morayati’s discussion of the Gone Out for Gruyere blurb I have belatedly learned of the Cheese Rating scale for interactive fiction.

I wonder–where does Cragne Manor fall on this scale? I can think of at least one place where cheese is likely to occur (the tavern, especially on the secret menu), but I don’t remember for sure, and due to my tragic computer accident of December I no longer have access to the alpha version that would allow me to debug-command my way to checking this expeditiously. And as you may remember, it would take something like ten hours to fully explore that location. And I can’t access my save files, since due to the aforesaid computer accident they live on someone else’s computer, and I’ve already spent the morning annoying the person on whose computer the save files reside with cheese-related spoonerisms.

Anyway if there isn’t cheese in the game it certainly deserves a spot in the Cheez Whizz hall of ignominy, as a game set in Vermont without cheese. Peaches and more peaches and a meatpacking plant, forsooth!

(@maga and @ChrisC, any advice? Chris, I particularly thought there might be some in your procedurally generated stuff.)

Yeah, one of the items on the secret menu is Drunken Goat of the Woods:

In short order you are presented with a fist-sized round of local goat cheese. It’s about the texture of an Edam or a softish Gouda, except with a brownish, aromatic crust that, the accompanying leaflet explains, comes from being aged in the local wild-grape brandy. It comes with water crackers and five (5) sad-looking grapes.
The cheese is excellent: full-flavoured on the outside, soft and creamy towards the center. You sample one grape for the sake of open-mindedness, then shuffle the rest to the edge of your plate.

It does not manifest as an inventory item, though, because you eat it immediately; and it is not a puzzle solution. So, depending on how you want to interpret the standard, it could qualify the game as either a Chevre (cheese present, described lovingly) or a Monterey Jack (cheese mentioned, but not physically present).

The procgen bit has no direct references to cheese, although quite a lot to livestock, including horrible things which can happen to the milk, e.g.

the time the Cantwell herd’s milk turned black and foaming, and Rejoice-in-suffering Pewsey was suspected of witchcraft

which can reasonably be assumed to have affected local cheese production; though whether for the worse is unclear.

Yes, it is entirely possible for an item in the pantry to contain cheese from one or several typical or atypical sources. Whether a given one of these descriptions is considered unpleasant lies in the eye of the beholder.

From the notice board outside the library:

“My father is a member of the Vermont Cheesers. They are a secret society so I am not allowed to talk about them. They meet in The Creamery and they do not allow girls to join. Sometimes I have to wait in the anti-room so I sneak up on the balcony and watch. Every day they bet on a cheese in a sack and if they do not get it right they have to eat the cheese. One man always talks about Maple Smoked Gouda and another man always talks about The Cheese Trail and sometimes they put the cheese down their trousers. They all smile all the time but you can see in their eyes that they are scared.”

I… I think I’m going to have to call in Emily to adjudicate that one, because I’m not going near it.

“Silence of the Lambs 2” (‘Thief of Bad Gags’, 2002), which promises the player a large supply of cheese at the end of a very long road. I patiently trudged along said road for over 200 turns before sadly concluding that it wasn’t going to result in any dairy-related bliss

Anyway this discussion has led to me deciding that you could spoonerize a “gloomy hum” into “halloumi gum.” The owner of the computer on which my Cragne Manor saves reside has retired with a headache.

I’m kinda disappointed the Cheese-friendly Game Directory is retired. By my estimate, Eat Me should rank as a Brie!

On the basis of the Drunken Goat of the Woods, I’m definitely ruling this a Chevre – it might not be an inventory item, but it has a fairly starring role and is lovingly described. Also, now I want to sample this cheese.

Hmm, I had figured that you had invented all that stuff about the dairy! Now I can:

At least, I am happy to report, I made a breakthrough on the cheese-related spoonerism front.

You can definitely get into the dairy. I played that game to research cheese in IF.

I’ve got some cheese-related spoonerisms for your collection: 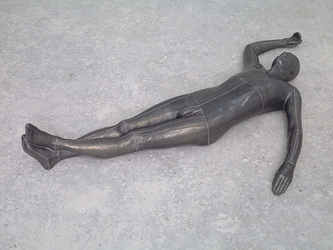 And I’m fairly proud of this one, actually:

(I have read that post out loud and am never getting my saves back.)

I don’t think my room contains any cheese; this is probably a subconscious protest against the very existence of Vermont cheddar, which I find offensive as a Wisconsinite

My ten-year-old had asked me to say “Cabot is the best cheddar” here, and I had declined on the grounds that I didn’t want to start anything, but now it’s on. On, I say.

OK, so I’m not going to be overcoming my FOMO today… I did one thing in Silence of the Lambs 2, and am in the market for a hint on another thing… new thread here.

In that case, you would have to proceed very caerphilly.

okay searching the source for “cheese” and:

So not a lot of cheese per volume!