Cost of Living: A Study in Stateful Media with Narrational Agency

Glad you think these are cool, too! But soo pricey, right?

This used to be my go to writing device, up until they went obsolete and cannot interface with my computers anymore. 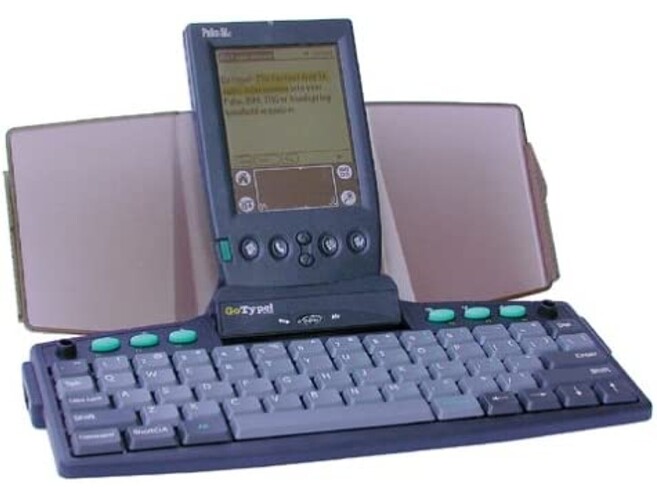 I was happy to type stuff, 4K at a time. I didn’t even mind that the Bluetooth sync connection was much slower than wired. I still miss it. Palm (and Handspring) devices has that brilliant design that makes data entry so convenient! This and brilliant Time Management tools meant I was extremely productive.

I still keep my last Handspring device. I dropped all my WinCE devices.

So, any Writer’s tool replacement suggestion, other than Chromebooks? I’m currently on Neil Gaiman’s Writer’s setup: Lamy 2K, Leuchtturm A5, and Pilot Iroshizuku.

Mod: Unsure whether I should’ve put this under Technical Development - Tool, but I still design IF using analog tools.

I never knew about stuff like this until I recently searched for ‘digital typewriter’ and found the Freewrite. If I ever get one of those, I’m going to try to load up VS Code with a customized Zen mode.

That’s a nice writer’s setup! I love the feel of a crisp new notebook. My go-to is a cheapo composition notebook, along with my Zebra M-301. However, with Cost of Living, I authored everything on my LG Gram with VS Code and Markdown.

P.S. When I’m in the role of the stateful author, I like to be fluid across both analog and digital tools, so I’ve tried to make my process work with both but with no preference to either.

Hey, i used to do the same thing. I had a folding keyboard for mine tho (Targus i think).

However, i found i can now do almost the same thing using a folding BT keyboard for my mobile. That’s what i do now. When the weather’s good, i go out and make notes. Then i sync the mobile to a cloud, then sync it back to my PC. Also the reverse to keep it all up to date.

I had a Casio version toward the end of that era. They were the “THING” at the time.

I do still have a Tandy Model 100 in working condition. It was more functional though limited to a 40 character wide LCD screen. A lot of reporters used them for writing in the field. A set of four AA batteries would last a month.

The cloud is so useful!

When I read papers and take notes, I use Readera and Google Keep across my phone, laptop, and tablet. Phone and tablet are both Android. My laptop runs Windows 11 and has an Android Subsystem that runs a Google Play Store. I’m syncing all my pdfs and notes across all my devices. The convenience still impresses me!

Sometimes, I use voice-to-text on my phone and tablet. I don’t always get the best results, but overall, I think it’s better than using my thumbs for typing.

Does that also work for plain files For example text files? I had a lot of trouble finding a way to sync files on mobile. There are various “notes” programs that sync notes, but not actual files.

I create a bunch of files for each game idea project. Also pictures. Also files with game source code. I’d like to be able to say “sync this directory to the cloud”. But mobiles tend not to do that, annoyingly.

I use a mix of analogue and digital to develop ideas, brainstorm, write chunks of design notes etc,

I usually have a dedicated nice journal (normally Rhodia paper) for writing in for each game in progress. And I’ll normally be writing in it with one of my fountain pens. Which yes would often mean a Lamy 2000 for me too! I find it really helpful creative wise to brainstorm on paper, write chunks of text re descriptions, likely interactions etc.

Alongside that I use the Ulysses writing app (for Mac and iOS) to type up more formally. I have an area in it set up for each interactive fiction game I’m developing. And then create separate pages/sheets for different scenes, locations. I can work on this on my desktop, laptop, iPad or iPod touch devices, syncing changes between them all.

Ultimately I transfer chunks of text to Inform 7 on my laptop. So that’s the ultimate goal. But if I’m out and about and wanting to work on a game I will always have a notepad and pen, and my iPod touch as a minimum (it’s like an iPhone without the phoning) for reference.

I’ve never tried to load a TXT file on Readera, but I’m sure it works. I’ll test it out tomorrow for you and let you know how it goes.

In the mean time, here’s Readera’s blurb about file formats:

I purchased the premium version and I have no regrets.

Readera uses Google Drive to sync files. Have you tried using Drive to sync actual files on your mobile device? Drive also works on desktop via drive.google.com, and it syncs your files (even for offline use) across all your devices.

Google Keep restricts attachments to images. I found Keep to be a reliable and minimalist note taking app, and also works on desktop via keep.google.com. Even after a few years of use, I haven’t had a major syncing conflict.

That’s a great workflow. Ulysses looks like a solid app that I’d use if I worked on a Mac. And machine-learning assisted grammar checking is amazing!

P.S. I didn’t know Markdown has such a large following in the IF community! I thought it was something for only us programmers. I

I would probably give Ulysses a shot if i used a mac. It looks good. Instead I use Obsidian for developing game ideas. I like the way it just presents markdown files and all the data is in those files, without any other magic formatting.

For sync purposes and backup, i want simple files.

Regarding Google drive; This doesn’t support syncing files to mobile. Obvious as it sounds, it doesn’t do it. For that matter nor does, Onedrive, dropbox etc. It seems that mobiles (android in my case) do not like people to use them for plain files. They want the file system to appear to not exist.

Anyhow, there are some apps to fix this. For Google, you can use 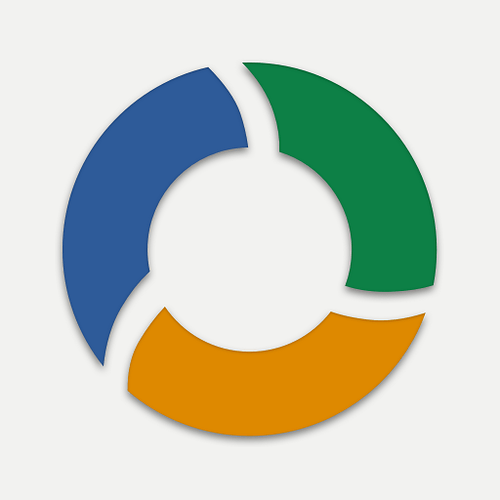 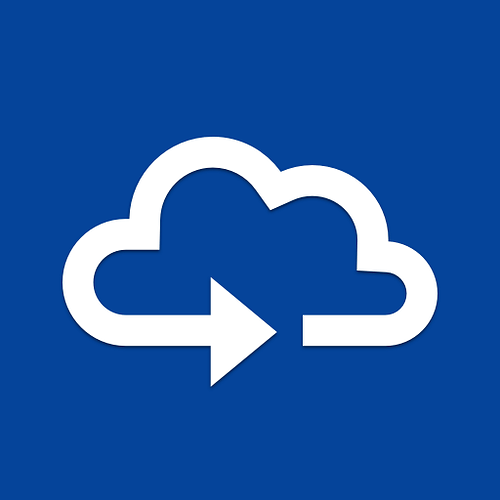 File sync and backup for Android and OneDriv...

I’ve been using the free version, but I’ve been impressed and will probably upgrade.

I see that now after going down an hours-long rabbit hole to find a solution for you. So frustrating and disappointing. I apologize for the bad lead.

The only experience I have with syncing files on mobile is through Readera (and only PDF and EPUB files). I assumed that since Readera was using Google Drive to sync files, that Readera was probably using Drive’s sync API. This is a wrong assumption. Drive does not provide a sync API. Readera implements their own sync feature, just like Autosync or OneSync (or anything else).

It’s moot at this point, but for what it’s worth, I could probably hack Readera to sync arbitrary files. But the process would be so convoluted and painful that I would rather pay for something like Autosync or OneSync.

I have been drooling over this thing, even though I rarely handwrite notes. But perhaps some expensive tech would encourage me over a pen and paper!

I love new notebooks and specific pens (give me 1.0mm wide nib-gel pen) but I enjoy them so much I find I don’t want to spoil beautiful blank pages by writing on them. Which is ludicrous.

I actually had a Handspring in the day before cell phones, and got really good at the hieroglyphic shorthand version of the alphabet you would write with the stylus to produce characters.

Not a problem. thanks for looking into this anyway. As it is, i do currently have a workable solution with files. You are right that most things have their own built-in sync, which is often not a generic solution.

I have yet to find an encrypted cloud sync solution. I currently have both icedrive and sync.com, but these wont sync files to mobile either.

So i wind up syncing my game ideas and images to onedrive via onesync. Although this tends to pollute onedrive’s idea of my picture galleries, mixing up pictures I’m making for games with those from my everyday camera. Quite annoying.

I saw that a while back. It looked really neat. Aside from being quite expensive, I’m totally against the idea of paying them a “connect plan” subscription just to sync with your own google drive. What are they thinking??

Okay, I hadn’t dug into it that far; that makes it a hard no. But the tech looks beautiful if it were just an open device.

Totally agree. It should be as open as possible. I’d be most tempted to get one.

I’m looking into Onyx Boox, model Note and Nova (4096 color eink android tablet) for the price. The only thing stopping me, beside the price, is the fact that it is made in China and security factor is unknown(1) and you have to connect to your personal Google account.

Research showed that a lot of extraneous internet packet traffic was found. You have to install an app and net filter it yourself.

Interesting products. Nova C has only 100dpi in color. That’s a bit low.

My phone transmits a lot while it’s “off”. Only thing to stop it is a real powerdown. I think devices send when you’re not looking. ie while “off”. Phones seem to initiate activity when you move them. I need to check this more though, as sometimes it could just be coincidence.

Lenovo Yoga to type (any other ultrabook would do, as long as it’s reasonably small and super light). Word, Scrivener and Trizbort to type into. SugarSync to keep the output sync’d over four devices (two of them mobile). Dropbox is superior to SugarSync. When swaying in hammocks, although I bought the Yoga for exactly that purpose, I prefer analogue paper notebooks and type in the notes manually later.

Numerous activity is one thing, but there’s something unsettling about Google Play activation process. The info says to wait 6-24 hours to activate registration. Yet, my experience is that registering new devices only takes seconds.

This can only mean one thing: A human is involved in the process somehow. Google doesn’t do that. Coupled with the fact that the company doesn’t have a definite address, either in US or HK, it certainly looks suspicious. China recently enacted “security law” and who knows what’s in it? Even if the law is legit, doesn’t mean it’s always followed.

So, I fear the corrupt, internal hidden actor who steals info of random user. Usually, it’s not the random thief you have to worry about, anyway, but the internal ones that can do the most damage.

As much as I want to have the device, I won’t jeopardize my Google account for it.