What authors do you keep eyes on?

I have a handful of authors that I keep eyes on for new releases- and even if the premise doesn’t seem to be up my alley, I’ll still glance over the project, often because I really admire their writing. This can also extend to being more open minded about trying formats or genres outside of my usual tastes in their back catalogue.

Some of that list for me includes: porpentine, Emily Short, Litrouke, Amanda Walker, Autumn Chen, Kat, Hanon, Chandler, Charm, and Mike Russo. While I haven’t really played any of his games, I’m also ambiently interested in whatever Andrew makes, because chess is interesting, and he always seems to make waves when he drops a new project onto the scene.

Curious about if you guys have a similar list for yourselves?

After Trenchline, I’m curious to see what JJMcC will do next!

I didn’t realize how many IF resources and tools I used were created by Andrew Plotkin until recently, and Dreamhold really hit that surrealism craving of mine.

Honestly, my problem is the usual author dilemma of “I work on too many things, and admittedly have failed to play what others have made”.

The big names I follow are Andrew Plotkin, Emily Short, and Graham Nelson. Apart from that, I pay attention to whatever is getting discussed here on the forums (e.g. during each comp season), which tends to point me toward interesting works.

I get in a weird dilemma where even people I really like, when they release something I assume it will be big and weighty and I put it off, like I did with Ryan Veeder’s the Little March Girl 2 or Stephen Granade’s new Choicescript game.

A lot of times I want something pulpy and amateurish to devour. Bad or unusual writing can be more fun than famous people, and I feel like I can go in without any expectations. So I’m a big way my favorite “author” is “the unknown” or “the dilettante”.

Authors I feel giddy or breathless when they release new things are Chandler Groover and Brendan Hennessy. I get annoyed reviewing Ryan Veeder games because they’re all “yes yet another 5 star game that is groundbreaking and polished and something I want to emulate”, so it’s hard to come up with something new for reviews. I always look forward to Arthur dibianca games as being our enjoyment. Astrid Dalmady is the reason I started liking twine games and I continue to enjoy her work. I’ve liked all of Kyle Marquis’s games and Kevin Gold’s, both in Choicescript. Steph Cherrywood is another.

Hmmm, I guess I just like everyone. I did stop buying Inkle games though because they were getting less text-y and more visual.

Oh yes. It seems Ryan Veeder has kindly provided yet another delightful perspective into the cosmic whimsy that surrounds us all. I’ll just be in my chambers writing furiously in my journal.

I was also going to add a long aside about “I enjoy Hanon games but not when they’re overtly sexual but sometimes even then when there is an off switch” and that’s when I decided to stop writing.

Among people who haven’t been mentioned yet, I like Abigail Corfman, Agnieszka Trzaska, and Kit Riemer’s creations.

I spend most of my time with games and authors that belong to the past. & I enjoy that, but there’s no more water in that well. No next Dave Lebling game to look out for. Still, all the research and replays have never left a lot of time for newer games (note that when I wrote about Parser Comp and Spring Thing last year, I stopped writing about Infocom for a few weeks). It’s gotten even harder to find time now that I’m trying to wrap up my game.

Not long ago, I was able to spend a week playing games that people here recommended to me. Games that, regardless of quality, had a quality of confessionalism or what I was calling “subjective proximity.” I could justify the time as research for my game. Some of those games were, in fact, not good. But the framing interested me, and I had many interesting thoughts in the course of things.

More than following an author, I’d like to follow the spirit of that activity: playing a variety of games with a question in mind. It was a good experience.

Nevertheless, I’m likely to check out Kit Riemer’s and Autumn Chen’s games when they turn up.

I just love Art DiBianca’s games. I squeal like a teenaged fangirl when he’s got a new one. Of course if the IFOGs (Short, Plotkin, Nelson, Gentry, etc) ever put something new out, I’m on it like a shot. But that happens less these days.

If I recognize a name from the forums on a game, I usually play it. The games I enjoyed the absolute most last year were from Agnieszka Trzaska, Kit Riemer, Jim Nelson, and SV Linwood, but I enjoyed SO MANY games last year that that’s a really incomplete list.

Lots of agreement with the folks that have been lifted up so far - I’d just add that two authors whose stuff I will play in the fully-justified assumption that’s I will be delighted, regardless of what the game happens to be about, are @kaemi and @ChristopherMerriner. Which makes sense, since their artistic sensibilities and approaches to game design are basically identical!

If I recognize a name from the forums on a game, I usually play it.

The craaaaaaaaaziest experience for me was playing games, learning the author names, and seeing those names on various extensions I used in Inform 7 (and later in TADS). But then, years passed and I finally found this forum, and suddenly I’m having these authors reply to my posts.

I was absolutely losing it when Andrew Plotkin and Eric Eve responded to me (I’m sorry; it was a very new experience; I am slowly understanding both of you as normal people over time).

Honestly, I still get a burst of excitement whenever I remember that one of my ideas for Adv3Lite got added to 1.6!! (Being able to specify the listing order of a Room in a SenseRegion)

I’ve been mainly tracking Tumblr authors (like Jinx and Albie) or peeps on IF Discord servers (Sjoerd and proggydog) than the ones hanging out on the Forum (with the exception of Sophia, Kit and Autumn).
But, by the end of the year, I think a bunch of the other names above will be on this list… I just need to play them

@sophia did you create this thread just after the convo on the SeedComp discord? 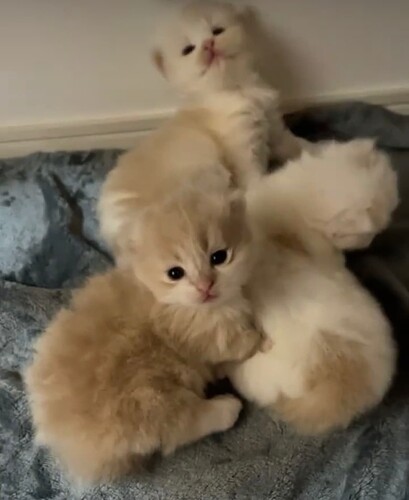 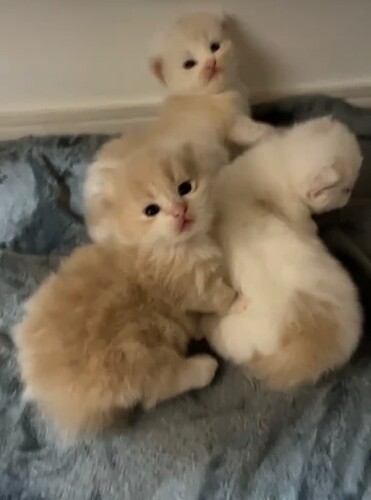 I’m really thrilled and delighted to be considered in such exalted company as kaemi (although, since we’re clearly one and the same person, that just goes to show how much I fancy myself).

This is an interesting question for me, as the vast majority of my text game exposure comes through beta-testing (almost exclusively parser games). That’s because I’m actually terrible as a regular text game player: hasty, impatient, liable to miss small but crucial details, rubbish at lateral thinking, easily distracted and likely to leave things half-completed (to quote directly from my résumé). Testing gives me that extra incentive to stick with a game, explore all the nooks and crannies, and see it through to the end – and I’ve experienced some great parser games that I’d probably never have got through otherwise, through testing. Authors that immediately spring to mind are @jnelson, @rdevelyn (the author of Arborea in the last IFComp), @Jim_Aikin, @kamineko (game unreleased, but on its way!) and there are loads of others whose games I’ve experienced and admired over the past few years.

In the hypothetical scenario that I had to, on pain of death, choose a text game to play without actually testing it (improbable, but then who knows, in this crazy world?) I’d look out for games with a retro vibe by @J_J_Guest (because I love everything he’s done), @warrigal (because Garry has never written a game that is less than solidly implemented and entertaining) and @dee_cooke (because similarly, she’s never written a duff game and she writes almost all of them in Adventuron).

I’ll also look out for authors that I know have got something in the works that hasn’t appeared yet (I’ll be all over @inventor200’s TADS game – testing, naturally - when it’s ready) or potential authors who haven’t actually published a game yet but who I strongly suspect are tinkering away at something game-like, in a secret underground laboratory somewhere (looking unflinchingly at you, @rovarsson; if the assumption is unwarranted then you’ll just have to humour me by writing a game right now, please).

I’m aware that there are loads of great choice-based authors whose work I haven’t ever looked at, because I’ve never really got to grips with playing choice games. But I did play Abigail Corfman’s The Absence of Miriam Lane in last IFComp (thought it was fantastic) and also @malacostraca’s and Kirk Damato’s Ectocomp-winning The Good Ghost (also wonderful), so I’d definitely look at more of their stuff. Kit Riemer and Autumn Chen are couple of choice authors whose work, I know, I should definitely look at one day.

Thank you for the kind words. My games are only as solid as they are because of the fantastic testers and you are one of them.

I don’t really keep an eye on any particular authors, but I do have a soft spot for the Adventuron community and I look forward to any games by Tristin Grizel Dean (@Grizel), Dee Cooke (@dee_cooke), Christopher Merriner (@ChristopherMerriner), Errol Elumir (@Errol) and John Blythe (is John on here?).

I’m really thrilled and delighted to be considered in such exalted company as kaemi (although, since we’re clearly one and the same person, that just goes to show how much I fancy myself).

And also Not Not demonstrably Hagrid.

I would say Amanda Walker is the preeminent author I keep my eye on these days. If she’s in a comp, she’s the one to beat.

Mike Russo’s Sting made a deep impression on me, and I’m looking forward to his next effort. Same with Brian Rushton (The Impossible Stairs).

Other names I’m keeping my eyes peeled for: Sarah Willson (Closure), Rachel Helps (Admiration Point), Mike Carletta (Song of the Mockingbird), Arthur DiBianca (Trouble in Sector 471), Charm Cochran (You May Not Escape!), and Dee Cooke (Things that Happened in Houghtonbridge).

If she’s in a comp, she’s the one to beat

No pressure or anything there. But I will tell you a secret: I have it on good authority that my Spring Thing game will be a standard puzzly text adventure that will be fun for a subset of people but will be unlikely to win anything. So there.

You and me both.

This is really weird, but I haven’t played (much less finish)any text games.