What are you listening to?

Thanks for the reminder! Love Pentangle. I’ll put them on the turntable right now while I’m cleaning house.

This week I’ve been mostly listening to The Best of Nat King Cole, Electric Mud by Muddy Waters and a collection of golden oldies aptly titled Old and Gold from Yesterday.

Also this week, this: 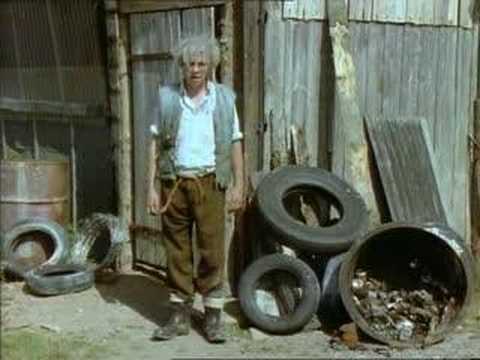 Been excited about Caroline Polachek’s upcoming album, but I’ve been blasting this Chromeo song on loop as of late.

I’ve been working on a playlist of mostly indie/alt, mostly unhappy 90s music to go with my 90s game. It’s been more fun than it might sound! I’ll share it along with some feelies when I release the game.

I tend to get obsessed with an album and listen to it over and over until I’ve ruined it for myself. The current album is the chieftains Celtic harp.

Hah! Just yesterday I played Renaissance de la Harpe Celtique by Alan Stivell. It had been years ago. Still mesmerizing.

Admittedly, I’ve been listening to a lot of my own stuff lately, as I’m trying to decide how to group up the next couple of releases. People have started asking me if I even still make music lol. It’s been a while.

The main problem here is when you put songs in an album, you need to start mixing them relative to each other. There are two songs in particular that I had to mix rather differently, so they might wind up having an EP to themselves, and everything else can be on a separate album from them.

So I’ve been replaying a lot of the songs with different speakers and earbuds and headphones, also at different volumes, because if I can figure out how the “sound profiles” are, I can make efficient plans for mixing them together as an album.

Been loving this song. I had the whole album on loop for 12 hours yesterday, but this song stood out to me.

Heldmaschine is a band that I feel like the algorithms keep skipping over or only make a single mention of if you float in the German industrial metal scene (or Neue Deutsche Härte specifically).

So I started listening to their larger discography and omg I’m so glad I did. A lot of people say they sound like Rammstein, and they did start out as a cover band for Rammstein, but their original stuff is really amazing and stands on its own. They definitely set themselves apart.

Absolutely in love at the moment.

Newton - Angel of the morning

I’m also having an argument with my BFF. We do top 5 playlists every month or two and this time our topic is “Biggest asshole character in a song.” I say it’s little Jackie Paper. She says it’s Jolene. We usually agree on what song gets top billing on the list, but neither one of us is budging on this one.

Strong contenders – of the two, I’d give the edge to Jackie Paper (Jolene still has time to turn things around) – though IMO the right answer is “both characters in No Children”.

OK, this song may have to go on the playlist. I still hold that abandoning a dragon who loves you is pretty much the most appalling behavior there is, though.

I did some Googling.

Puff the Magic Dragon is about a little boy growing up and losing interest in his pretend pet dragon in favour of other things. This is normal. It happens to all of us.

Jolene is based on a real incident about a beautiful woman that “steals” Dollie Parton’s husband. This is a pretty low act.

So, for me, Jolene has to be the bigger asshole. But surely there are worse characters in songs.

Puff the Magic Dragon is about a little boy growing up and losing interest in his pretend pet dragon in favour of other things. This is normal. It happens to all of us.

I now have a terrible, gnawing suspicion about you, Garry. Did you abandon a dragon as a child, too? Is that why you’re trying to defend Jackie Paper’s miserable behavior?

But we do have Dean Ween’s Bundle of Joy on the playlist, too, if that suits you better.

On the contrary. I barrack for The Dragons.

As a child, my pretend friend was Noddy (as in Enid Blyton’s Noddy of Toyland). My mum tells a story about how we got home after a trip somewhere and I started balling my eyes out because Noddy got locked in the car. Dad had to open the car to let Noddy out. Of course, no one could see Noddy, except for me.

But we do have Dean Ween’s Bundle of Joy on the playlist, too, if that suits you better.

Wait! This means that song was basically about you!

Now, if my name was Jolene or Jackie Paper…

No no, I meant the other song is about you - you know, the one where the little boy loves his dragon more than anyone in the world but then abandons him with nary a backward glance

Oh. Maybe it is. Sort of. I must be a real bastard.