Hello!
I’m a new here, but I’ve been working on a z-machine interpreter to try out the React Native framework and the posts here have been very helpful. Thanks! 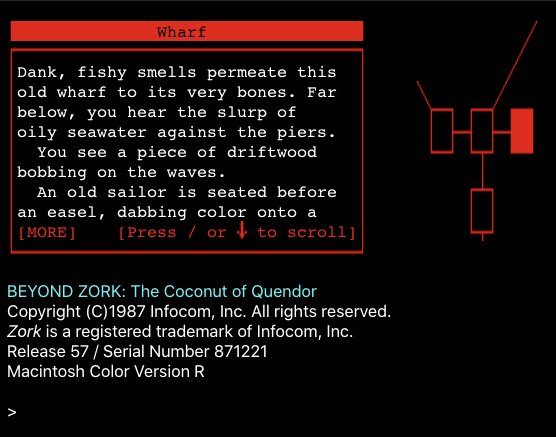 I hope that this nugget of behavior is useful to know about.
Thanks!
Rob

That is interesting. I’d never noticed that before.

This has a small implication for processing input: namely that checking for valid terminating characters must happen before deciding to print the input charater and add it to the input buffer.