After my failure to resolve the inconsistencies in Cloak of Darkness as a test for new IF systems, i started wondering about a new example demo standard for modern IF systems.

From time to time, many people pop up with emergent new IF systems. Some give up, some plod along and some get going, and it would be really great if there was an example demo standard that could be used as material.

So what i had in mind was a kit that consisted of bunch of text files and media including a game specification. There would be no code and the material would not be predisposed toward any specific kind of engine. The kit could be hosted somewhere like the IFDB, the IF archive, the IFWiki or even somewhere like the IFTF.

The kit would contain:

A lot of the above wouldn’t necessarily be there for version #1 and not all things would apply to all systems, but they could be added to the kit. Some things could be optional and people could contribute updates such as improved pictures, more pictures, sounds etc.

There have been a lot of great mini games, things done for competitions etc. I was wondering if an author out there would be interested in donating (subject to attribution) a work for this purpose. It would have to be something quite small; perhaps only a handful of locations, a few objects at most and a very simple game specification that’s not necessarily dumbed down, but is easy to understand.

If anyone’s interested, I’ll try to get something working and build the debut kit.

I’d suggest making things like images and audio optional, and maybe have a core spec that focusses on the story, while some kind of spec++ would also define the usage of the provided media. This way it wouldn’t discourage people from using the kit for engines that don’t support rich media.

Some things I would like the story to demonstrate:

And something about meta commands. I think at least save and restore should be there (automatically when closing/starting the game and/or as a user command). Others could be transcript, verbose, test, restart, …

An NPC could follow a path through the rooms so that they are not always in the same place.
An NPC could hide inside of an object.
Finding objects should involve looking inside, under and behind other objects.
You could have an event, something that happens after a certain number of turns.
As well as basic doors/containers locked with a key, you could have a latched door you can only open from one side, a safe with a combination lock etc.
Names of objects or NPC’s could change, eg. “A tall man” could become “Mr Bloggs” after you ask him his name.
Elevators are always interesting as they are controlled by buttons inside and called to a location by an external button. They also demonstrate having the player inside a container which then moves itself to a different location.
Connecting several objects together to create a new object would be a good puzzle.
Dropping/throwing an object and having it land in a different location, eg. off a balcony.

You might consider using Mystery House http://ifdb.tads.org/viewgame?id=clc9a8hnvx79pabw for this purpose. It is a “Hi-RES Adventure” from the 1980’s. It was released to the public domain in 1987.

Thanks for all your suggestions.

Regarding the “kit” list. I agree a lot is optional!

I wanted to at least suggest an aspirational list that might eventually be fulfilled. If assets such as music and animation were collected, they would have to not be essential for making the game. So, for example, you couldn’t have a puzzle based on hearing a sound.

It would always be important that the IF be narrative driven, whilst the accompanying media act to add depth.

@jfhs, Yes there ought to be one character in the game, with some, albeit limited, dialog. Let’s say ASK or TELL would work, either by command line or GUI drag-and-drop.

There are so many good suggestions from people here, I’ve started a working document called [ifkit.md](gitlab.com/strandgames/brahman/ … t/ifkit.md).

This contains the suggestions made so far.

Regarding using “Mystery House” as the game, it would be cool, but unfortunately not practical now we have a hit list of requirements for our mini game.

What’s needed is the smallest idea for a game that incorporates the requirements in the kit suggestions - certainly a puzzle in itself!

When I asked a similar question a while back, someone mentioned Balances, by Graham Nelson, but I never got around to actually trying it out or looking at the source code.

Thanks, will check it out.

For my authoring system XVAN I made a short test game (7 locations and an npc) that meets the requirements mentioned this far.

Maybe “You must escape!” can qualify.

Attached is a transcript of playing the game in the XVAN interpreter. I can make a per room spec as with CoD.
Escape - solution.txt (12.5 KB) 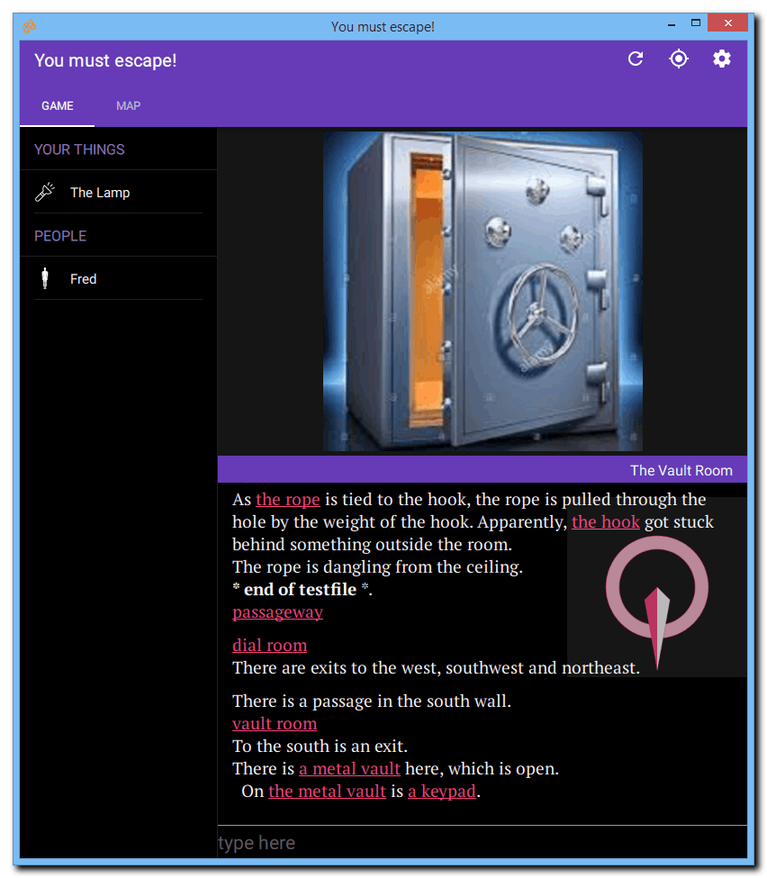 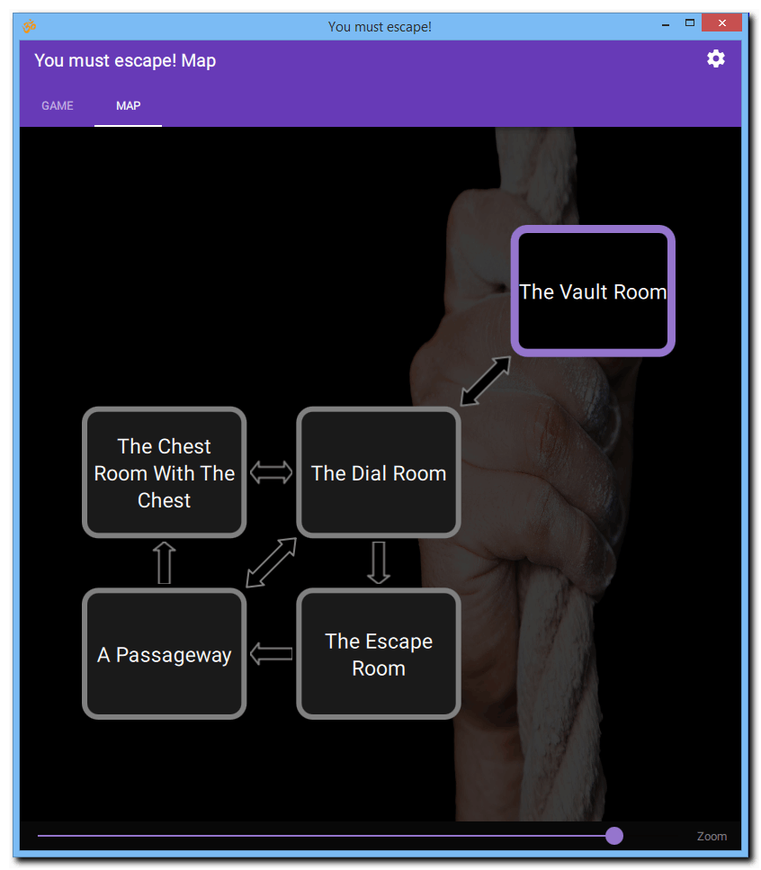 I’d echo jkj yuio in emphasizing the importance of keeping the core game simple. Part of what makes Cloak of Darkness work is that it’s easy to whip up an implementation with minimal effort - whereas the idea of reimplementing the entirety of “Balances” isn’t nearly as appealing.

Ideally, that means designing a single, simple puzzle that demonstrates if and how the system implements the feature list, without being tied to any specific world model. (i.e.: you’re not demonstrating the system’s ability to implement a specific technical vision of NPC-as-moving-object, you’re demonstrating how the system goes about more broadly giving the player the impression of a moving NPC, as well as what other technical bells and whistles might make it appealing to authors.) Cloak of Darkness is very clever in this regard, hitting a deceptively large number of technical points in a single scene, but with enough flexibility that radically different systems can implement it.

I might also suggest extending Cloak of Darkness rather than entirely replacing it. The IF scene is a nostalgic bunch, so “Cloak of Darkness: Advanced” may have more appeal than a wholly new game.

I might also suggest extending Cloak of Darkness rather than entirely replacing it. The IF scene is a nostalgic bunch, so “Cloak of Darkness: Advanced” may have more appeal than a wholly new game.

May I suggest “Cloak of Darkness: Revenge of The Bouncer”?

In the cloakroom, there are two additional objects on the floor: A piece of paper with the phrase, “The rooster crows at midnight,” and a name tag that says “Big Boss”.

In front of the door to the bar stands a bouncer. If the player is wearing the cloak, the bouncer can’t see him and simply responds “who said that?” to anything that is said to him.

If the cloak is off and the player is wearing the name tag, the bouncer says, “Good evening boss, let me get the door,” and opens the door.

If the cloak is off and the player isn’t wearing the name tag, but they say “The rooster crows at midnight,” the bouncer responds with “time flies like an arrow.”

If the player then responds with “fruit flies like a banana,” the bouncer says, “Welcome, right through this door, please.”, and opens the door. Otherwise, he says “scram, buddy, if you know what’s good for you.”

I like some of these ideas. definitely if an extended COD were designed, a “bouncer” might be a good character to have.

There could be some kind of “pass-phrase” as suggested or possibly a physical object like an “invitation”. The pass-phrase idea works well with dialog, but for the game to be generic, what will it do when there is no parser input? Having the pass-phrase as a choice make it too easy.

I think to be a success the design needs to accommodate various forms of IF styles including; parser, choice, point-and-click etc.

The pass-phrase idea works well with dialog, but for the game to be generic, what will it do when there is no parser input? Having the pass-phrase as a choice make it too easy.

A simple way to implement a combination lock in a CYOA would be to have ten choices to enter the first number, one of which goes to the entry page for the second number on the “correct” path and all the other choices go to the false path. As each digit is entered you either stay on the correct path or switch to the false path that finishes with a page that says the safe did not open.

I don’t believe the demo should avoid features that are impossible in some systems. The example for such a system should simply say that it could not be done and it had to be omitted.

The main purpose of such a demo is to show people how to accomplish various non-standard features in a variety of IF systems so that they can choose the system that best suits them and what they want to do, and then shows them how to implement that feature.
I agree that it should be as small and simple as possible, but by omitting repeats and too obvious options. For example, there should only be one lock that is opened with a key and there should not be any doors that you can simply walk through. Each door should demonstrate a different way to lock a door: a combination lock, a voice command, a puzzle, or a door that can only be opened by going a different way and opening it from the other side.

I started making a spec for a game called “mothership”. 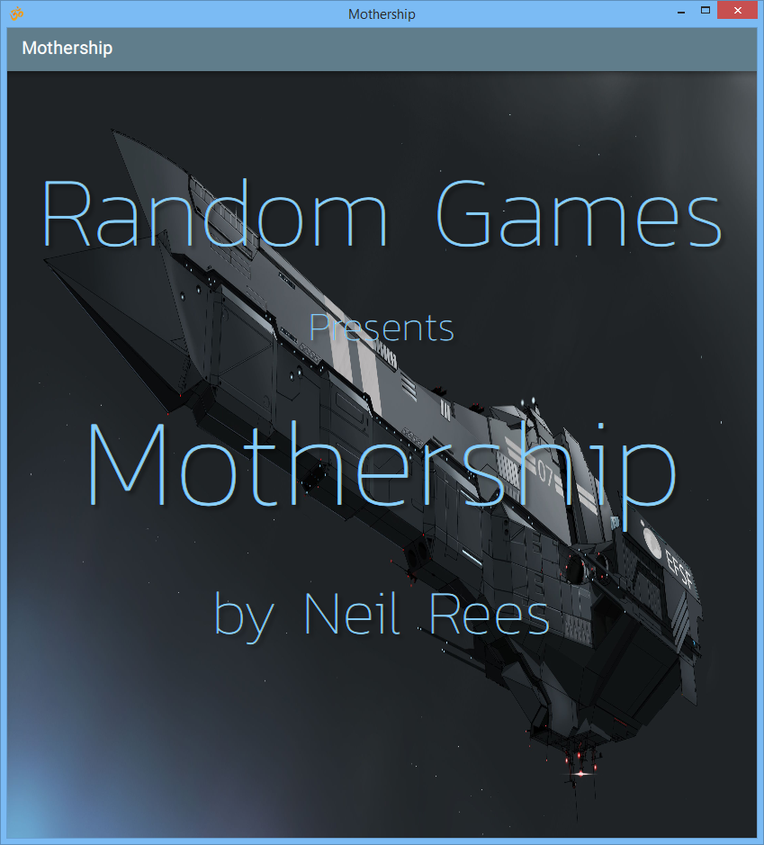 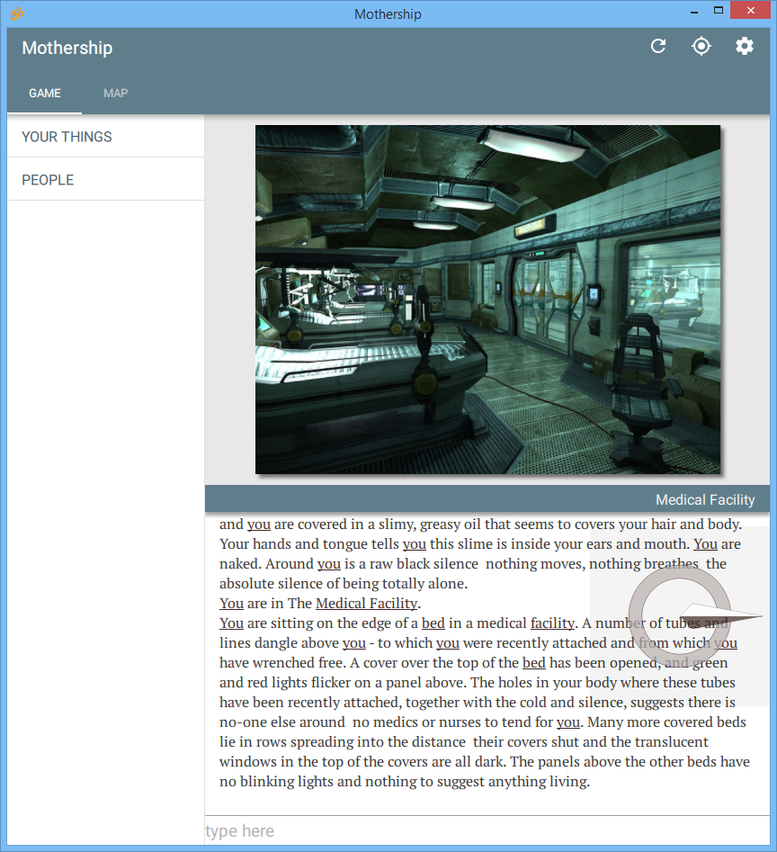 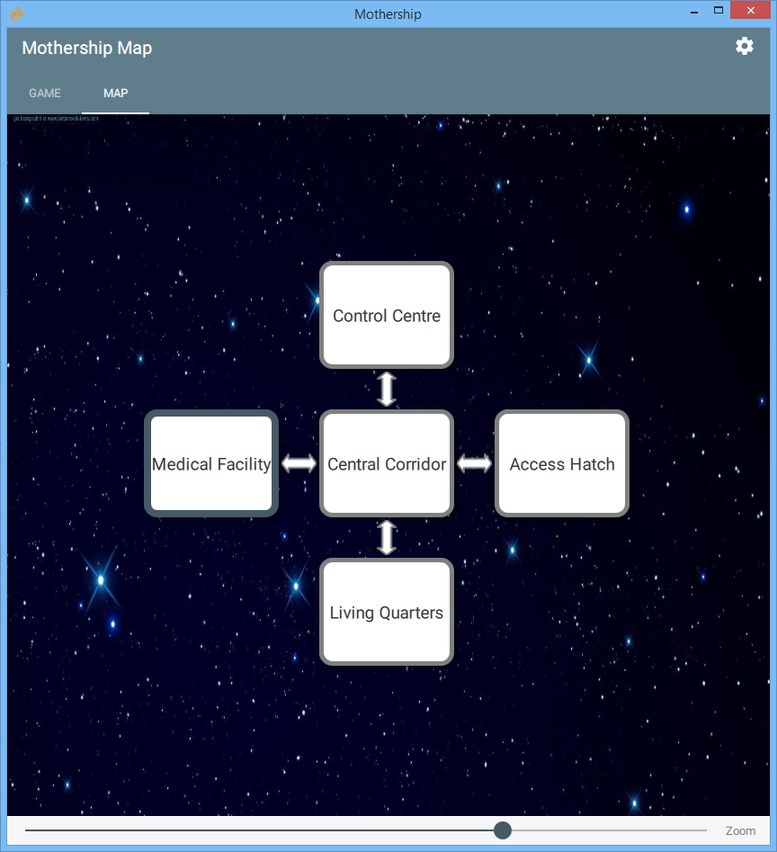 There’s the beginnings of a PDF specification also, here.

there’s at least one extended CoD (15458 bytes source re. 3180 bytes) in the ZILF 0.8 samples, whose seems to me a good base for an extended CoD definition.

A 4228 bytes blurb of it is in McGrew’s Learning Zil, I’ll quote it below is because looks to me a good definition of the implementation:

This poor, extended Cloak of Darkness example is now stuffed with extra
things that in no way provide an interesting gaming experience, but do
provide demonstrations of several aspects of the ZILF libary (the world
model and special routines in parser.zil).

Intended for testing the ZILF library, it will serve as a demo of
ZILF features/coding and eventually be replaced with a better
demo.

SAVE, RESTORE, RESTART, AGAIN, WAIT and UNDO should all function as expected.

If you find any bugs, please report them at the SourceForge tracker for ZILF:
sourceforge.net/tracker/?atid=13 … unc=browse

THINGS TO DO IN THE ZILF VERSION OF CLOAK OF DARKNESS:

Note: TURN OFF FLASHLIGHT works, but TURN FLASHLIGHT OFF doesn’t. The syntax VERB OBJ PREPOSITION
is not supported yet - Jesse may make changes to the ZILF parser in the future to implement
this syntax.

IT should refer to the last direct object you used in a command
HE and SHE can be used to refer to Bentley and Stella after you’ve
used their names in commands at least once.
THEM can be used to reference the grapes (the grapes have PLURALBIT)
The CEILING is a global object that should be refrenceable in every room
DARKNESS is an abstract (GENERIC in ZIL terms) object that you can THINK ABOUT.
The RUG is a GLOBAL-LOCAL (scenery in multiple rooms) object that is in both the Foyer and the Bar.

Hope this is of help, and

Hi. Thanks for posting this. Do you have a link to a working example of this. It might make a good model.

Hi. Thanks for posting this. Do you have a link to a working example of this. It might make a good model.

Thanks, Vapor ! (I still owe you a public apology for the misunderstandment caused by your nick back in the r.a.i.f. days…)