The infamous Infocom harddrive had on it some unreleased games. There are a handful of .z6 games, but many interpreters don’t support that format.

The harddrive also included source code for those unfinished games. Has anyone tried recompiling them to .z8 or another format?

How would I go about trying that myself with Inform?

Z8 is pretty much Z5 with more memory available. Z6 has a bunch of other capabilities (mostly involving graphics and mouse input) that weren’t used very much and were extremely difficult to implement, so they were left out of the later versions.

I believe ZILF can compile ZIL (the language Infocom used) to Z6, if you want to try that.

Use Frotz to play the z6 game files.

Being able to recompile or convert some of these to more accessible formats would likely help preserve them better.

The compiled version of The Abyss definitely runs under Windows Frotz, I’ve played around with it. You aren’t going to be able to recompile Z-code version 6 to any other Z-code version easily, the screen model opcodes are just too different. 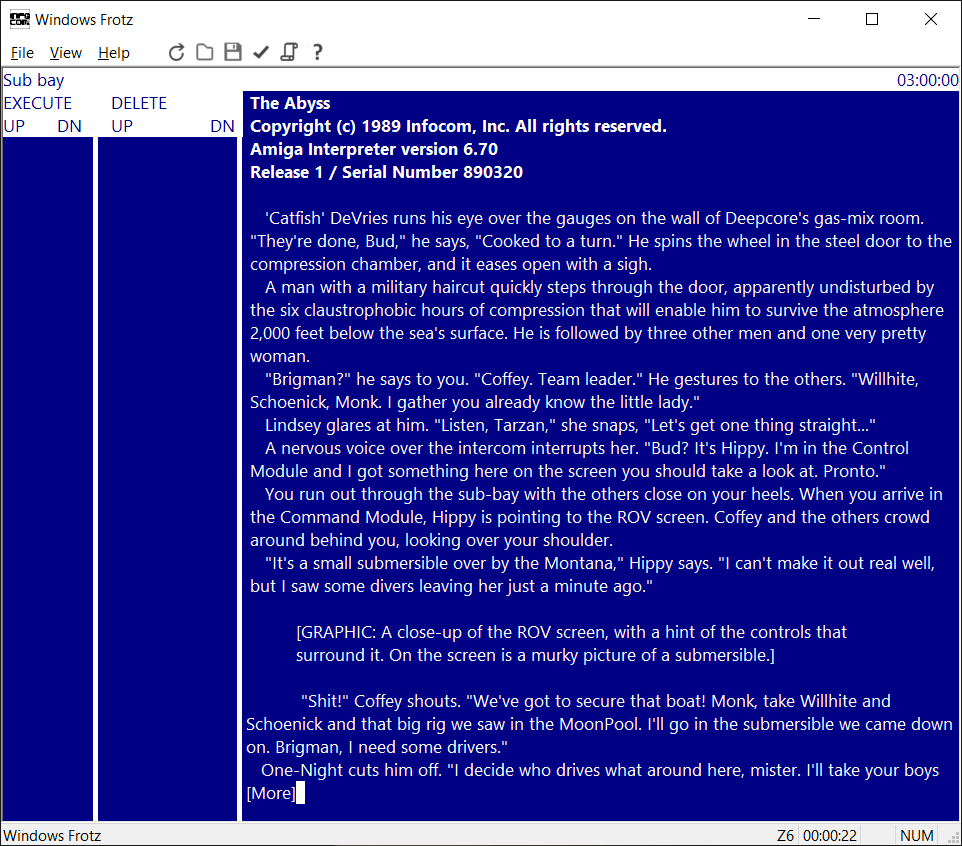