Quest For Lubok - The Journey To Creat My Dream Game

Quest For Lubok, is a text adventure written entirely in Basic. It’s in the genre of Fantasy and Exploration within a forgotten land. I’m attempting to tell the story that has been in my mind for over twenty years. I wrote the engine from scratch, every line of code in the game including the story is written by myself along. I’ve broken the 14k line count alone. The game is open source and could be found over at my Github “GitHub - Quest-Master/QuestForLubok: Quest For Lubok, is a text adventure fantasy game. Set just on the outer reaches of our world. Written entirely in Qbasic, this is my journey into creating my first game.” I’ve just discovered this wonderful community and am excited to meet you all. I’ve even taken it upon myself to document every aspect of my creative process over on my website “questforlubok.org”.

Be still, my QBasic heart. This is an incredible amount of work!!

It is, but it’s worth it in my opinion. Venturing out into a world not really traveled and making something educational and fun.

Thanks. I will download it on my RPi and take a look.

Let me know how you get on with Qbasic. I was successful only with yabasic.

Will do. I don’t actually have qbasic. I have varying dialects on the RPi, RC2014 w/CP/M and a Basic on a Cosmac 1802. A couple of them are variants of the MS versions. I believe the version on the RPi is BWBasic.

PS. I still have an original MS QuickBasic manual on the bookshelf from back in the day.

I can’t wait to hear what you have to say.

I use qb64, it’s a modern take on basic and can be found on github.

I am so jealous of you. A Cosmac 1802 is like the Chrysler LeBaron of our time. Oh, I’d kill to read that manual. Can you take screenshot by any chance?

I use qb64, it’s a modern take on basic and can be found on github.

When I was using QBasic (starting in 2005 or 2006, when I was 10 years old or so), I was using the original exe off of my dad’s archived floppy disk of DOS. I remember when we swapped out the family computer, I had to use the floppy disk drive to burn the exe onto a CD so that I could use it on the replacement computer, as it didn’t have physical room for a floppy disk drive.

I remember when I had to open up QBasic, it would make itself to be fullscreen and enforce a really low resolution. All the programs would be in fullscreen as well.

I also remember learning the hard way that the BASIC runtime had a memory limit, and if you went past that limit, it would overwrite the code in the editor when the program closed. That’s actually what got me to start teaching myself C++ in 2009 or so.

I also remember an exe that my dad got from the Internet called “qb45”, and if you ran your BASIC code in it, you would be able to poll the mouse for information and click around the screen, as well as compile your code into a packaged exe for distribution, which absolutely blew my mind.

There was a pretty strict Internet access rule in the house, so all my access to QBasic stuff and other programs was entirely based on what my dad happened to download on his own, so I have no idea where any of this sits in the history of BASIC lol. Never really looked further into it when I got older.

EDIT: Between the ages of 10 and 14, I would write fanmail to some of the devs of my favorite BASIC programs (if they included their email address in the download file). Because I still didn’t have full Internet access at those ages, I didn’t really have a way to understand who these devs were, or how well-known they were. I assumed it was like writing to a famous book author or something. Based on some of the responses I got back, I had the impression that BASIC was dead, as a few of the devs were very surprised that I was still playing. Quite a few times, a maintenance email would bounce back, telling me that the mail server no longer existed.

I have always been an electronics/computer buff. I had an original RCA Elf 1802 back in the day. It didn’t survive 1990. I have built several versions since then. I have attached a picture of the 1802 Membership Card which is a modern version that is readily available. I have also attached an image of a port of “Adventure” that is available on its ROM along with a pretty good version of BASIC. 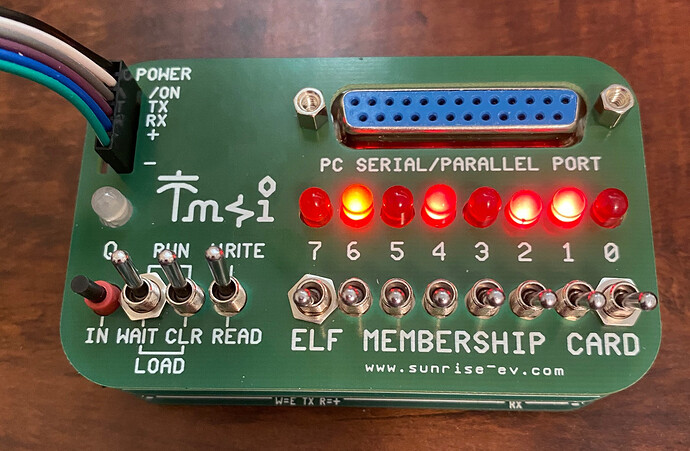 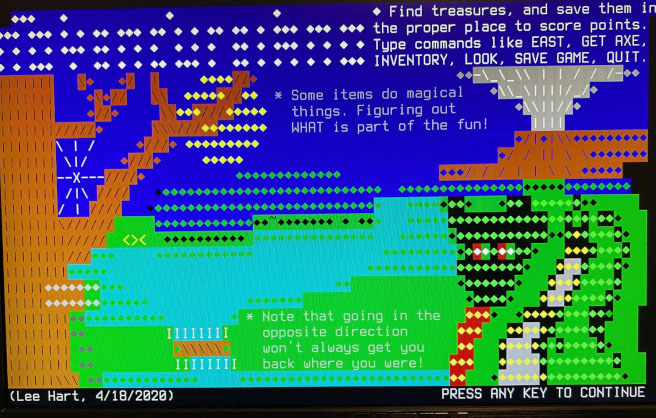 My favorite retro computer is the RC2015 SC126 which is also readily available. It runs CP/M and has a couple of versions of BASIC availagble, MBASIC-85 is probably the best. 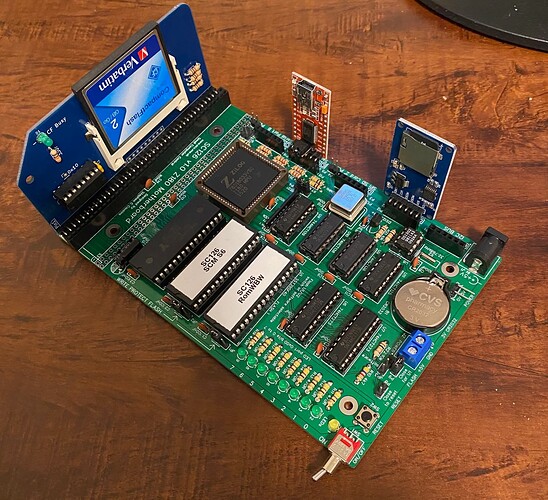 Oh yes. Here is a photo of my old QuickBasic manual from MS. 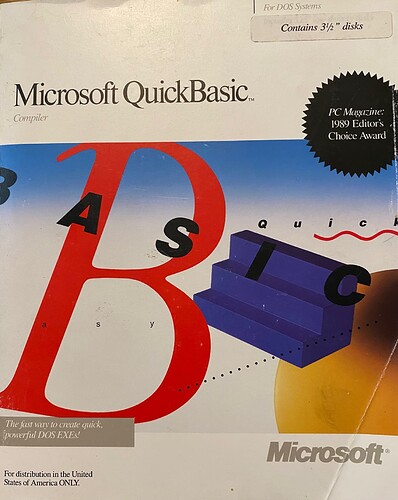 PS. I haven’t fired up my RPi 4 to try out your game yet. Later today…

I discovered Qbasic 1.0 when I was in school and taught myself how to program a basic text-only quiz game about the tv show Happy Days. Then from there I worked on a side-scrolling space shooting game like defender but with no map screen. It was something I was good at doing and made me feel good about myself. I wasn’t a sports kid and learning to work on something that’s fun is what made me feel truly happy.

I can relate to this quite a bit. I wasn’t that good at anything except coding for a really long time. I got better at music and story writing much later. When I felt completely disconnected from all of my classmates, coding was there to restore my self-esteem.

I envy you and the nice setup you have. I always have been a fan of coding. I’m not that talented with the hardware portion of it all. I hope to someday have Quest for Lubok being ported over to a stand-alone system that runs nothing but the game. I think that means of doing it would be swell. Slap it in an arcade cabinet and blamo Quest for Lubok that arcade game, hahaha. Don’t know if that would be possible but it’s a dream. But I can dream, can’t I? Haha. Thank you so much for the pics, they made my night.

Same here, for a moment I thought I was the only one who felt like that. But I’m glad to know that the ability to code and make something with passion can bring you back from the pit. I guess that’s why I got back into it because I wanted to fill my life with excitement. Having a family and job are swell, don’t get me wrong. But when you don’t have a passion then life is pointless in a way.

The RPi may be your best option. It is inexpensive, extremely capable and well supported. Raspbian, its operating system, as a targeted derivative of Debian can support almost every development environment ever devised. It is designed to work in the hacker’s world. An RPi 4 costs well less than $100. All you need to start experimenting is a keyboard, a mouse and a monitor. Check it out at the Raspberry Pi Foundation.

Good advice, except that they’re very hard to find right now. Check out https://rpilocator.com/ if you want. In fact, Eben Upton suggested that you check there very often as supplies tend to only last for 15 minutes.

Yes, it’s a real problem! My workplace uses RPis for a lot of projects (we build them into props and such that need more computing power than an Arduino), and keeping enough of them in stock is a serious hassle.

Very good tip. I have been trying to find four Compute Modules for months. I have a pending Kickstarter project that is still waiting as well that will use them.

I hear that the chip shortage is beginning to ease? I still want an Xbox for list price and not scalping.

I was unable to run your Qbasic source.

I did start play with the Dialog version. I have yet to finish but it is a very interesting game. I intend to play it further. The included source code is a very nice addition. Thank you.

I received lots of error codes with all of the Basic versions that I have on hand. I even tried a third party port of Qbasic available in the Microsoft store. Still no luck.

Could you port your development code over to Bwbasic? It is very available for modern computers and would expand your user base.