I was just wondering if anyone knew of any IF programs for either android or iOS, specifically for development/creation of IF pieces?

Maybe not 100% what your’e looking for, but this kludge suits my purposes:
I use WriteRoom on iOS (and any old text editor on Android) to update text files into DropBox. On my desktop (on all the time) I have Twine in auto-build mode to update my .html output. I suppose I could use inotify and a script to trigger some other kind of IF-compiler too.

I was just wondering if anyone knew of any IF programs for either android or iOS, specifically for development/creation of IF pieces?

Probably not what you are looking for (not a parse-based IF engine), but I am currently considering taking my story script, and creating a stand-alone Android app for it. The app would allow you to write the script in Markdown in an off-line editor, and then distribute the file to people with the app who can then play it. I already use the script engine in other games, so would be a pretty simple thing to do (mainly need to build in some better error logging, so that one can debug without catlog access).

Mostly thinking of doing this in order to make it easier for modders on my other games to create/debug stories “off-line”, but it would work fine (better, probably) for writing/playing stand-alones. 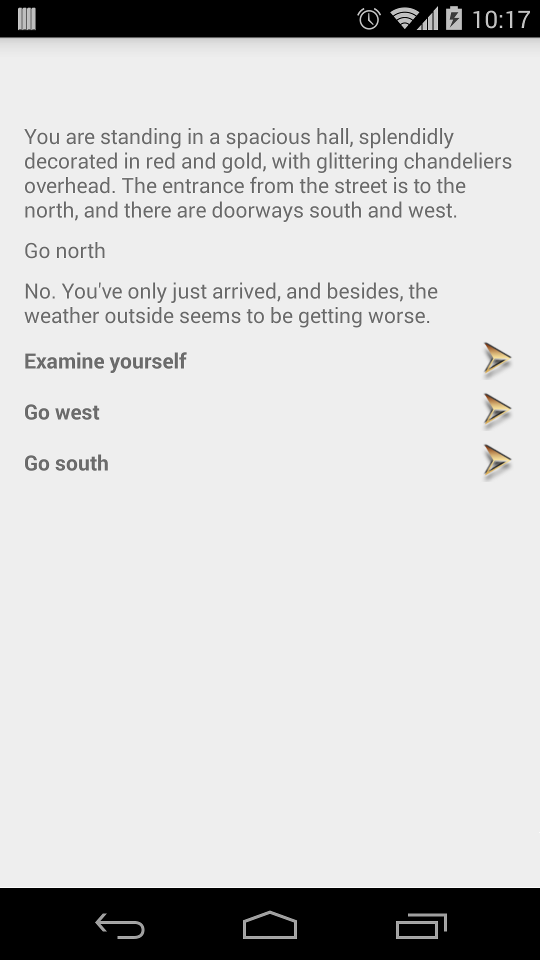