This whole experience was so much fun!

I loved being part of the IF community! I had many excellent and generous beta-testers, one of whom I accidentally hella dissed but even so, was still gracious. The reviews were helpful, as well as fun and exciting to read, and I was delighted by how many of them were limericks themselves! That’s what I love about limericks: they’re so accessible. Ask a rando to write a sonnet, they’ll shirk. Ask a rando to write a limerick, they’re in. I loved being part of this forum; especially the authors forum. Y’all are interesting, good people. Thanks for being so kind and welcoming to me, a n00b.

The highlight, though, was getting to be a guest lecturer at @Spike’s interactive fiction class. That was so cool!

I loved using Twine; it felt so fulfilling to have 80% of my work be writing and only 20% be coding - and that 20% includes learning and debugging Harlowe. For my previous point-and-click puzzle game, Compass Rose, which I made with Unity, only 10% was writing/constructing the puzzles, 10% was sound and music, 20% was pixel art, and 60% was learning/programming/debugging. I had pretty much quit gamedev because I enjoy the design (including writing) the most, and the programming (esp. debugging) the least. I was like, “I’m out. Never again.” and then Twine drops by my house just after getting out of prison, saying, “So there’s this job…”

The catch is: I really only write limericks. I’ve written thousands of them, but I don’t enjoy writing prose, and other forms of poetry? They’re ok. But I enjoy writing limericks the most. I’m even working on a website called Rhyme Ninja to help make next year’s limericks even faster and better.

So what do I do for an encore?

Part of the appeal of Limerick Heist was its novelty. Doing the same thing again next year would not be as fun. (For y’all. It would still be a blast for me to write.)

Some reviews mentioned that the limerickiness felt tacked-on rather than baked in; i.e. that the game could have been written in prose and the gameplay would have still been the same. And that’s fair - except for a few “don’t pick the unrhymable word” choices, the rhyme scheme doesn’t give you a lot of information about the consequences of your choice. So I want to play with that for my next game. I have some ideas but I won’t give any spoilers.

I also played with that (on a meta-level) in Limerick Night, my 4-hour Ectocomp entry. I’d be interested to hear your thoughts.

The most common criticism, though, was about the two “delayed doom” choices - where you could make a choice that made the game unwinnable, but you don’t find out until later. My testers warned me about this repeatedly, but I went against their advice, because I wanted Limerick Heist to feel like a game, not like “click to reveal next limerick”. Even if some of those clicks are the Undo button to step back from immediate doom, that would feel more like an exploration than a game to me. If all bad endings are just one or two moves away from the main storyline, then I’ve written a long poem with a bunch of little dead ends. I wanted the player to feel like their choices mattered, and to do that, I needed to have choices that mattered and whose consequences weren’t immediately obvious. For my next game, I’ll think about how to achieve this goal using less annoying/cruel methods.

As a thank-you for reading all this, here are some bloopers/outtakes from Limerick Heist.

“So now we’re all here, first things first:
Before we get fully immersed,
It’s last chance to bail.”
They stay. You exhale.
“Second: our target is cursed.”

“The story is somewhat bizarre.
It starts with an unlucky czar,
And ends with a crocus.
But first, let us focus
On how rich our future selves are.”

“That’s nothing to sneeze at, but wait!
The lost egg is only the bait.
When the czar bites,
By all legal rights,
We’ll own his entire estate.”

I researched Faberge eggs, and found that they usually aren’t worth enough to be the target of a ludicrous cinematic heist. So I came up with this complicated plan, until I realized that a bunch of criminals subverting the legal system is… not exciting. So I took some poetic license.

“Consider an egg Faberge.
A cool twenty million, I’d say.
But one of the lost?
At least twice the cost.
Forty mil, clean getaway.”

It’s way more fun to leave the value to the reader’s imagination.

“The value?” You tell them the sum.
Their jaws drop, struck dumb.
“Divided by eight…”
You split it. You wait.
____ lastingly numb

This was an in-joke from /r/metroidvania/ where they’re always going on about how Cave Story is not a Metroidvania. Rabi was going to be called Cave in an earlier version.

“You fear that just one indiscretion
Could lead to the buyer’s confession.
The lost egg is real.
The buyer won’t squeal.
Believe it,” you say with aggression.

Since Minit was talking over an earpiece, I didn’t realize that I had given him a line! How embarrassing. At least I caught it before I sent it to testers.

Nobody thought this was funny. Non sequiturs / absurdity are dangerous humor in a limerick heist, because they’re so tightly packed, players are looking for meaning everywhere. I like this version better but I bow to the will of the masses (;

Verge got the mad extra loot!
She shoved gobs of gold in her suit,
and chose not to share.
That’s not very fair.
At this point, however, it’s moot.

The new version is way funnier. “But hey, I guess thieves gonna thieve” is one of my favorite lines.

I’m Pace, and you’re playing my game!
“It’s not a real heist?” you exclaim.

I’m Pace Smith, and this is my heist!
I’m honored that you sacrificed
a piece of your day
to come here and play.
And hey, it’s affordably priced!

There really aren’t a lot of words that rhyme with “heist”.

What about a murder mystery where the victim was a gifted limericicist…or a horror story about a book full of limericks that drives a whole family insane?

I was a gifted limericist
I met a travelling ventriloquist
Who threw her voice
From a moving Rolls-Royce
So I really never got the gist.

I actually think one of the best limericks was in the author’s forum. The lines were posted between quotes of another post and read as legitimate feedback on their own. I didn’t get it as a limerick until another author pointed it out. Epic.

Those are cool ideas, but I’d still tell 'em in limerick form because I don’t wanna write prose (:

A lot of folks didn’t notice the one in the “Contains:” section either.

I recommend reading Limerick Heist aloud in order to appreciate it fully. Doing so makes the rhyme and meter stand out.

You’ve never experienced Limerick Heist, though, until you’ve heard it read aloud by Pace herself, doing all the accents. We were quite fortunate to have her read for us at the Seattle IF meetup last month!

A very fun game - and congrats to Pace for a top ten finish in her first IFComp!

Thanks so much, @Spike!!

You’ve never experienced Limerick Heist , though, until you’ve heard it read aloud by Pace herself, doing all the accents. We were quite fortunate to have her read for us at the Seattle IF meetup last month!

This is the one entry that I think needs a deluxe full-audio version!

This is the one entry that I think needs a deluxe full-audio version!

The truly amazing thing about Limerick Heist was that it so easily could have been a horrible game. You really have to know your stuff to even attempt this…but it’s hard to know you know your stuff when it comes to rhyme and meter.

Simply put: there are about 16,000 ways you could have screwed this up and you did none of them.

You’re overestimating people’s desire to hear me read things like “Any anatomy not chosen on this form will be considered off-limits (or nonexistent) by any ACPC that might interact with you…” out loud!

For the next entry,
a Haiku murder story!
Too much to ask for?

You’re overestimating people’s desire to hear me read things like “ Any anatomy not chosen on this form will be considered off-limits (or nonexistent) by any ACPC that might interact with you… ” out loud!

I don’t know… do you have a really sultry and gender-ambiguous voice?

Your dreams coming true? Look no further!
You’ll be hard as a stainless steel girder / wet as a Scottish sheep herder*
When Hanon Ondricek
Shows off his six-pack
And reads Robotsexpartymurder!

* Cross out as preferred. Thanks to Pace for the second option!

As for Pace’s sequel:

So you got filthy rich through that heist
But that’s not the way Heaven is priced
A soul-searching quest
Your crimes all confessed
It’s the Limerick Gospel of Christ!

For the next entry,
a Haiku murder story!
Too much to ask for?

wet as a Scottish sheep herder

There was a disciple named Peter
who confirmed that Christ wasn’t a cheater.
“I need an assassin,”
he said. "I’d be fascin-
ated to meet the Ryan Veeder.

(nothing personal, Ryan, you were the only one who rhymed) 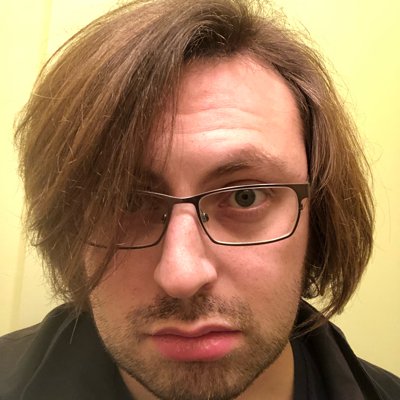 @PaceSmith Suffering Sassafras! Most such memorials, I’d bate my breath for their date of release. But this sort of tribute seems inculpatorial! Pardon me while I alert the police.
2 Likes
HanonO (Hanon Ondricek) November 20, 2019, 4:20am #20

I don’t know… do you have a really sultry and gender-ambiguous voice?

Your dreams coming true? Look no further!
You’ll be hard as a stainless steel girder / wet as a Scottish sheep herder*
When Hanon Ondricek
Shows off his six-pack
And reads Robotsexpartymurder!

I was actually this close to recording a karaoke guide vocal for the game.