This year was unusual in several respects. First of all, the top 5 games were written in 5 different systems. The total number and percentage of parser entries was down. And there was one more thing. I’ve noticed that games that score at least 7 (on average) each year are fairly rare and tend to be the ones remembered the longest. 2014 is the only year that less than 3 parser games received a 7.

There was an infamous ‘IF is dead’ forum thread that lead to several people leaving the forum forever and others resigning. Gamergate was sweeping the nation, and the rift between parser and web-based games took on the associations with that controversy. A special prize was donated to go just to parser games, which was matched by a prize just for non-parser games.

But despite the handwringing, this was a year of incredible innovation, and many old-school players were embracing the new games. The review/game IF is dead. Long Live IF. was a Twine game that was a dialog between a 2004 version of the author and his present self, convincing the former that web-based games were worthwhile and enjoyable. It contains some strong profanity, but it’s a fascinating snapshot of changes in the community (it could be called ‘How I learned to love the Twine’).

What a year! This year saw the release of 80 Days, a hyperlink graphical game by Inkle which won Time Magazine’s game of the year and the XYZZY Best Game Award. It saw the best Choicescript game I’ve ever played, Choice of Robots, a 400,000 word game with dozens of branches, tons of characters, and an epic structure (although this came out after the comp ended). And it saw the release of Hadean Lands (also after the comp, but long expected), which was like Infocom after Infocom’s demise, but better, longer, smoother, and generally more difficult.

Commercial games were a success again, especially non-parser games. People were starting to find contract work doing non-parser things. At some point in these years Failbetter games was paying people for Fallen London content, Choice of Games was getting well-known authors like Aaron Reed to work for them, Carl Muckenhoupt of Baf’s guide was working on Walking Dead games for Tell Tale, and so on.

Authors were realizing that, by doing Twine or choicescript, they could reach a much larger audience than with parser games. Since 2012, the game on IFDb with the most ratings from each year has been a twine game. Outside of IFDB, the difference is much larger. Creatures Such as We has had hundreds of thousands of downloads; much of the traffic to Emily Short’s blog is due to (or was due to) two or three small posts about Michael Lutz’s games. Birdland had a cult following on tumblr.

With all this in mind, why write parser games?

Hunger Daemon was the only polished, long parser game entered into the comp (Jacqueline, Jungle Queen had some implementation problems when I played). Fortunately, it was a really good one.

This game is a riff on all of the Lovecraftian games that had gone before. You are part of a cult trying to end the world, but you lose the main artifact you need. The game was originally going to contain quite a bit about Jewish culture (and still has some), but ended up focusing on other areas. Has really funny writing and some well-done NPCs.

Creatures Such as We was on my top 10 list when I had one. Like the opera Capriccio, this game is a meta-game musing on the nature of art and games itself. You are a lonely tour guide on the moon who is really into a first-person zombie shooter game, when you actually meet the design team of the game, who discuss aspects of design with you. The game is also a romance simulator that shows some excellent restraint. It was one of very few choicescript games ever entered into the comp (around 6, I think).

Jacqueline, Jungle Queen marked the first time ever that a Quest game broke into the top 3. Written by a popular webcomic artist/writer, this game had an amusing system of puzzles involving borrowing the strengths of animals. It was the only game to compete against Hadean Lands in the XYZZY Best Puzzles nomination. The quest engine, however, led to a few bugs, and the author switched over to Inform 7 in 2015, to great success.

Porpentine released her final IFComp games this year with With Those We Love Alive (my personal favorite of her games) and Begscape. The first game is set in a bizarre and horrible fantasy world where an alien empress rules the land. It makes heavy use of music and cycling link text. Begscape was more of a statement than anything else; it has you play as a beggar moving from town to town until you (relatively swiftly) die.

Simon Christiansen continued his innovations with AlethiCorp, a game that was more of an ARG. It was a website where you play as a new employee of a company, setting up a username and password and getting emails from your supervisors. It involves espionage, and, if you search for it, a lot of bears.

Ade McTavish wrote a short but fiendishly complex game called Fifteen Minutes involving time travel and multiple copies of yourself. The author would go on to write the polar opposite of this game next year with the long, puzzleless game Map, and then combined the two styles into the utterly massive Worldsmith.

I’m just going to throw in a reference to Eidolon as a game that had an honorary mention in my top 10. I don’t think it was especially innovative, but I just really like trippy two-world games in Twine. Very long game.

Hanon Ondricek released another big game with hidden features and a lot of stuff going on: Transparent. This is a slow-burn game, requiring some patient exploration, with more and more interesting stuff happening as you play. I think this would have done much better outside of the comp setting.

Tia Orisney and Andrew Schultz continued their string of genre-specific games (one of thrillers and one of wordplay). Paperblurt released two more games with graphics in Twine.

John Evans released Paradox Corps. I have never been able to tell if it was the same John Evans as before, but the game bears some resemblance to his old styles.

B Minus Seven came on the scene, a twine author with psychedelic poetry that was hard to understand. They would go on to write many games in their unique style, something like Rybread Celsius or James Joyce.

Arthur DiBianca kicked off his series of limited-parser games with Excelsior. His trademark style of restricting the player to a tiny verb set would be developed on over the last few years to great sucess and imitation by other authors.

Marshal Tenner Winter also entered this year. He would become known for big games with dark settings and tons of independent NPCs that often ended up a little unfinished.

Creatures Such as We, being a free long game, became a very popular Choice of Games download.

Steph Cherrywell, 3rd place winner, went on to dominate the parser scene the next year with Chlorophyll and Brain Guzzlers from Beyond.

The handwringing over the death of parser games was more or less resolved by Carolyn Van Eseltine, who set up a competition purely for parser games, to be finished in 2015. Perhaps it was this minicomp, or something else, but the next two years would show a re-flowering of parser games that continues to this day.

Marshal Tenner Winter also entered this year. He would become known for big games with dark settings and tons of independent NPCs that often ended up a little unfinished. 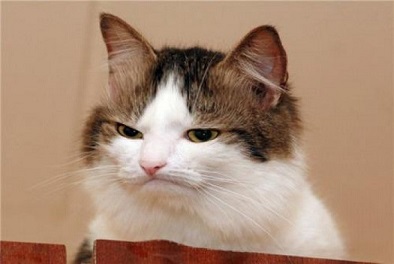 Well, not all games were a little unfinished. Emily Short has a lot of very good things to say about 2015’s The Sueno at emshort.blog/2015/10/12/if-comp … er-winter/, including its smooth implementation. She also discusses MTW games in general.

Only the games that end with “AND THEN THEY ALL DIED!!!1!1” are unfinished.

Ha, that’s true. I don’t mean unfinished as in the game stops suddenly, I mean that there were interesting characters and scenarios in the earlier that seemed like they could be fleshed out a bit more, as Emily says in her posts. Every game has a complete story.

Apologies for bumping this old thread, but for the historical record, you might be interested to know that the prize pool in 2014 contained a hidden puzzle game for six prize recipients.

I wish we’d have all been smart enough to realize we all needed to work together. I think we all got the idea we were competing to solve it and didn’t want to spoil each other. It was a very devious puzzle! I might never have even been aware of it had my included picture frame not broken in shipping, alerting me that there was something hidden inside of it.

It was very well clued though; we were shipped a separate frame and a certificate with our prize books and the letter apologized for making us assemble it ourselves, which led to the discovery of a piece of tracing paper marked to overlay a specific page of the different books we had chosen as prizes.