I’m working on “Roger’s Day Off” - An adventure with time-travelling teapots!

You help the hapless “Roger”, who’s taken on a wild and wacky adventure through time, collecting the parts of a special “tea set”. You encounter all sorts of perils, get to meet many strange characters, including androids from the 23rd century! 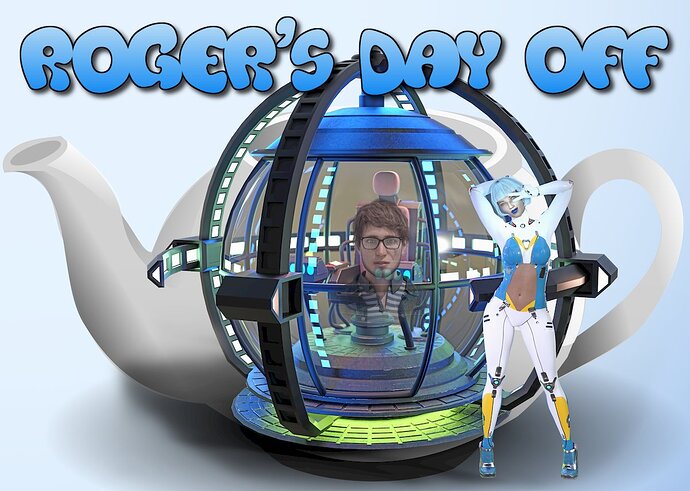 I can’t see your image! I don’t know if others can. I’d love to gander it, though!

That is fantastic. This wouldn’t happen to have Russell’s Teapot as an inspiration, would it?

There are a number of teapots in the game.

The Russel’s teapot is a good idea. I’ll see if i can get that in. Also there might be “tempest in a teapot”.

As I’m sure you all know, time machines are always disguised as teapots

Here’s your time teapot in the kitchen 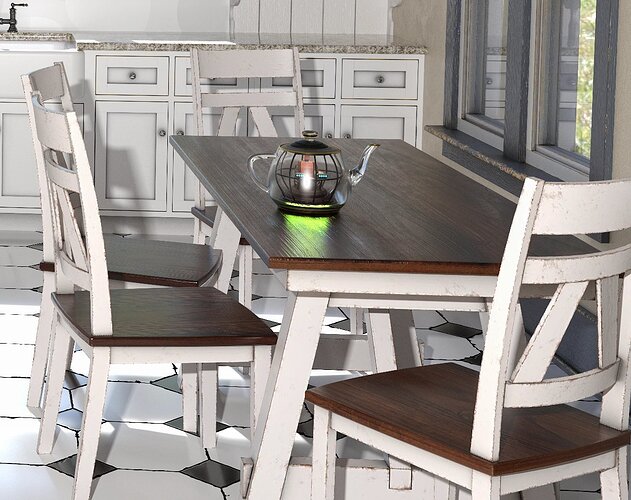 And here’s a slightly fancier one… 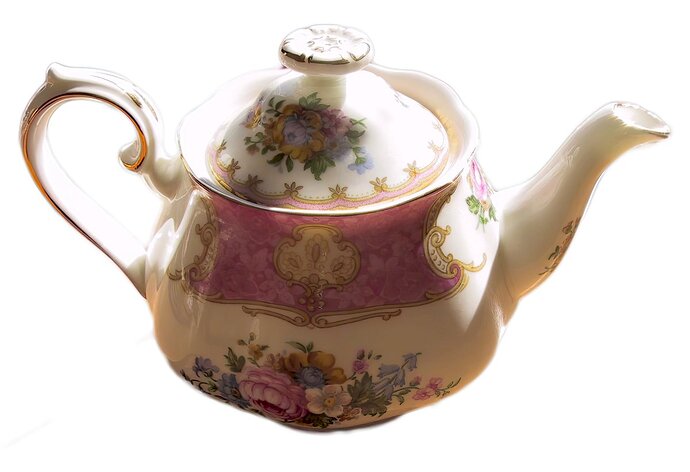 Can you find a way to work in the Newell teapot? The Utah teapot, or the Newell teapot, is a 3D test model that has become a standard reference object and an in-joke within the computer graphics community. It is a mathematical model of an ordinary Melitta-brand teapot that appears solid with a nearly rotationally symmetrical body. Using a teapot model is considered the 3D equivalent of a "Hello, World!" program, a way to create an easy 3D scene with a somewhat complex model acting as the basic geometry for a scene with a light setup. Some pr...

Perhaps, but I’ve never liked the Utah teapot because the spout and handle penetrate the body.

If you look at the gap between the lid and the body, you can see the spout poking into the inside. And, why is there a gap round the lid?

Due to the poly/poly intersection, if you look closely on the surface at where the spout meets the body, it looks wrong. The points of contact do not look smooth, but slightly warped.

I figured I should share a little about my project too- here’s the coverart I’ve done up for it! 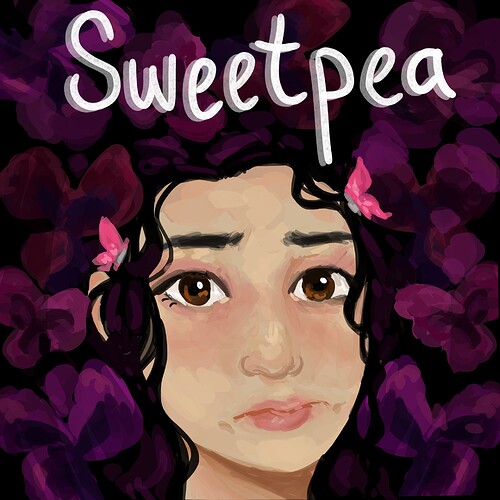 Someone claiming to be your father is trying to break in.

Following the eponymous Sweetpea is: a mosaic faced guardian angel, something wearing her father’s guise, and the detritus of life in their gently crumbling mansion.

It’s going to be a little choice-based, narrative heavy and lightly gothic based romp.

I’m going to be trying to make a multiplayer choice game with, uh, timed segments (!). That’s the hope, I mean. We’re edging up on the date and I’m nowhere near where I’d want to be, so I suspect that I’m going to have to do some pretty drastic last-minute cuts.

Oh, and testing. I need testing. Especially since netcode is a tricky thing and I’m not 1000% confident that it’ll hold up without more banging on it.

Is this the one we tested a while ago?

Whether yea or nay, send it over.

Whoooo-boy do I feel you there! 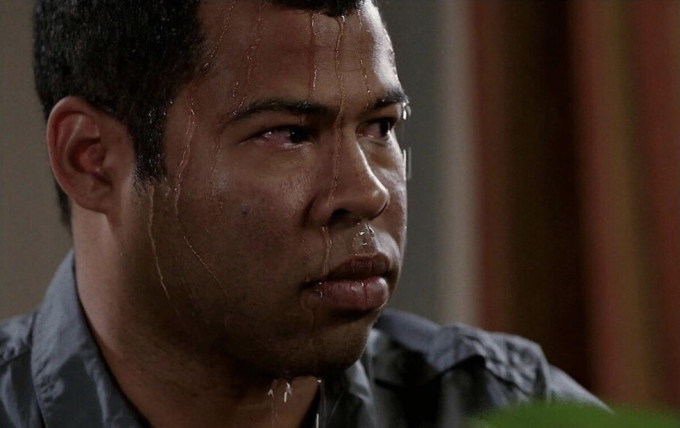 My original plan was to be testing by March. Still writing…

I could use one last tester: someone who is a reluctant and/or inexperienced parser player. Since one of my main goals was to make a game that would be really friendly to folks who don’t generally like parser games, if there’s one of you out there willing to take a look and give me some feedback on how well I achieved that goal, I’d be grateful. Most of my testers have been parser-lovers, and they’ve whipped it into shape, but I need another viewpoint.

Edit: I have a reluctant tester now!

At my current rate my thing will not be spring.

Ah well, I look forward to playing the entries.

It’s not the same one, it’s completely different and also not done aaaaa!!!

Rest assured, I’ll send it over when it’s in a reasonable state, hopefully not too close to the deadline.

My game is called Computerfriend! 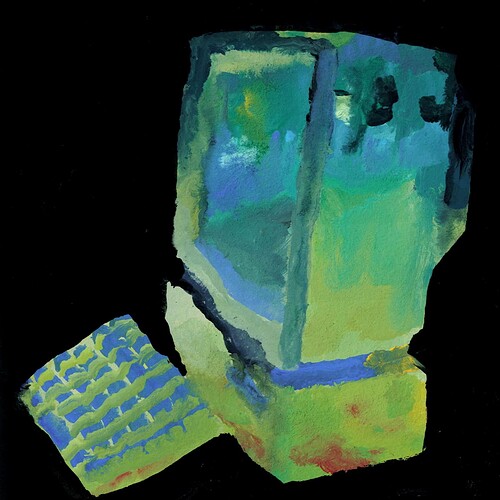 I had a really great time entering in the most recent IFComp, and I had another idea I wanted to get out of my system. The game is set in a sort of alternate history 1999, and the story involves a computer program that’s an amalgamation of a bunch of therapy textbooks.

I realized about halfway in that I’d inadvertently taken the advice of many of my IFComp game’s critics: this one has no swears, little lingo, few complex futuristic concepts/confusing metaphors, and far more replayability; pretty much the opposite of my IFComp game. It also took a TON more work… but hopefully I’ve made something that people will enjoy exploring

I’m so excited reading everyone’s synopses, can’t wait for the fest to open!

Curious about the cooking aspect of your game

has multiple mice in it, yay!

Lots of exciting things in this thread! Debating if it would be more purposeful and generally beneficial to run a review thread or submit my entry (an unintelligible migraine that probably won’t utilize the venue very well). I kind of wish I could do both. I guess I technically can if I release the reviews after the festival or something, but in a quite literal way that feels so much less festive.

I’ve written a few Dungeons and Dragons solo gamebooks (e.g. The Saint’s Tomb). I’m submitting my latest gamebook to Spring Thing. I know the style is not something that everyone in this community loves, so I’m submitting to the Back Garden.

I guess I technically can if I release the reviews after the festival or something, but in a quite literal way that feels so much less festive.

I enjoyed being able to re-proofread my IFComp reviews. So I think if you use the embargo function, it’d be a great way to give people a chance to say “Gee, I didn’t see that Spring Thing entry! I’d like to give it a look!” I think they’ll enjoy the motivation.