Today's Talk Topic: The Space Between Our Sentences

Recently, I received a review for one of my IF works by some dude who totally eviscerated me for the outrageous and super heinous crime of…

PUTTING TWO SPACES AFTER MY PERIODS!!!

Now, I read this article today on Mental Floss and it got me thinking.

I learned I’m a leftover relic from an ancient time where people did weird things like 1) Walk to a wall in their house where the family phone was installed in order to actually answer it and 2) Write their missives on these clunky, loud devices called “typewriters”. The two-space style is a remnant of the typewriter era.

From the aforementioned article:

The question of spacing is as old as typesetting itself. The first printers had two space sizes: a regular one for separating words and a slightly larger one—the emspace—for separating sentences. When typewriters hit the scene, the emspace was replaced with two spaces, and this style of writing was standard for decades. A divide emerged with the advent of more advanced typesetting technology around the mid-1900s. It got easier for printing companies to achieve uniform spacing, and adding two spaces after periods, which many people agree looks sloppy and jarring, started to fall out of fashion. But while the typewriter has disappeared from desks, the two-space method has stuck around.

Strangely, the article makes it sound like I’m in the minority, but I’ve asked my immediate people and we all do it. Then again, they’re mostly around my age.

Is this something that terribly bothers people? Is this important? Which do you prefer? What do editors look for nowadays? Does it make passages easier or more difficult to read?

When I don’t put 2 spaces, I feel I’ve done something wrong; akin to picking the wrong there/their/they’re.

What do you other writers do?

I was taught to use two spaces in school, but now I use one. I’m an editor/proofreader and it makes formatting easier. Is it easier to read? Eh, maybe, maybe not. But it’s easier to type. One less keystroke. And it’s not harder to read. At least not for me.

I do notice when people use two (in emails mostly), but I wouldn’t call it a sin or anything.

Yeah, this is a perennial. I’m convinced that one space is correct, and almost certain that most professionally printed books and magazines do it that way, but there’s a definite division of opinion.

I never thought I’d wrestle my muscle-memory habits away from double-spacing after every period, but I finally managed to do it. For anyone in their early 30s and younger probably, this is a legitimate technique that was drilled into our heads in typing class in the 1980s when we used those big whirring IBM Selectrics which were all monospace.

I’ve read some extremely hateful comments online about period-double-space which I don’t even understand. Back when publications were typeset manually that was how things were done - and I’m not talking Gutenberg press; I had an uncle who published a small-town newspaper and all the type was generated by a special printer in blocks and strips and literally glue-sticked into the layout. I suspect this was why they wanted some air between the sentences - to make manual ‘with scissors’ editing easier.

Now that publishing is all electronic, they can easily replace two spaces with one. Of all the really picky submission guidelines I’ve read, this has never been something they get angry about. They may request one space after a period only, but it’s never an ALL CAPS YOU WILL BE REJECTED guideline.

Separate line for each sentence.

Throwing another option into the mix…

LaTeX, which is frequently used for typesetting scientific papers, uses somewhere between one and two spaces after a period. I think the default is one and a third spaces.

How does this bode with Unicode. I mention this because i wouldn’t be surprised if there’s a whole bunch of random sized spaces to use. But when to use them?

In a similar vein, only last week (probably because I’m slow at this), i discovered that I’m not supposed to use the common apostrophe anymore; ie not this one -> ’

Instead I’m supposed to use the “punctuation apostrophe”, which is U+2019.

Neither one nor two. You use an em-space, which is wider than one space, but not as wide as two spaces. Some IF systems do this automatically when they present your text to the player.

I’d rather use the actual buttons on my keyboard.

I’d rather use the actual buttons on my keyboard.

There’s no button for em-space, so it’s pretty obvious that you use the actual buttons on your keyboard. Em-spaces are placed in the final output by the software, not by you.

Throwing another option into the mix…

LaTeX, which is frequently used for typesetting scientific papers, uses somewhere between one and two spaces after a period. I think the default is one and a third spaces. 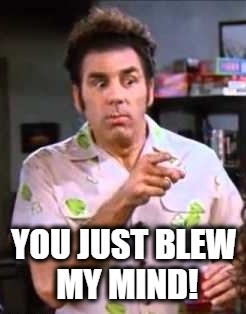 I don’t have anything to add to the conversation, but I keep seeing the thread subject go by in my RSS reader and think that people are talking about a game named “The Space Between Our Sentences”. Clearly someone needs to run with it!

Unbelievable. I was just watching a rerun of Who Wants To Be A Millionaire and one question was about this exact topic, but it was a warning to NOT do the double-space after a period on your resume as you don’t want that to trigger any age-discrimination in the hiring process. That means I’m old. I’m going to have to do what Hanon mentioned and teach myself to switch to one-space only.

I don’t have anything to add to the conversation, but I keep seeing the thread subject go by in my RSS reader and think that people are talking about a game named “The Space Between Our Sentences”. Clearly someone needs to run with it!

It’s about two neighboring prisoners who communicate through a wall.

Yeah, I get it, but what I don’t get the weirdly misplaced anger that both I and MTW have at some point experienced due to our typing habits.