I’m pretty sure that this has been asked before and the answer was negative, but just to be sure… Is there a way of implementing a time-based counter (rather than a turn based one), so that the game does something after a certain amount of time?

You mean if the player does not type anything for a period of time the game will “wait”. Or something else?

Something like the former. Whatever the player does, after a set period something will happen. I want a series of messages that appear, say, every 10 seconds with the player able to enter commands in between, but without the game waiting for the player to take a turn; it just trundles on regardless.

Not supported right now but no promises I’ll see if I can add this by the 28th.

I personally don’t like timed ticks but I appreciate its the authors choice and sometimes it may lead to a greater sense of the time passing in a world whether or not the player does something.

I kind of wanted to implement this with an option if the player wants to remove timed elements, as this suits disabled players better, and players that strongly oppose such mechanics. Let’s see what I can do.

Thanks. Don’t worry about getting it done by 28th if too much hassle - short of a miracle, I’m not going to make that deadline anyway. But it would be handy to have such a feature, I think, for there is a place for timed events in some games. Here, I want it to seem that the game has some agency of its own, independently of the player’s turn-taking.

I’ve had a little look around to see how common real-time counters are in different authoring systems: you can use them in Quest and Twine, but not Inform (as far as I can tell from a glance at the manual). Would be nice to have in Adventuron.

There are Inform library extensions for real-time input (both I6 and I7).

They’re rarely used, as far as I know.

Interesting, thanks. I will have a dabble.

The underlying VM mechanism is better described as “input times out at a given time, or after a given amount of time”. That is, the game is blocked waiting for the user to type; but instead of waiting forever, it waits some amount of time and then does something else.

(Then there’s a bunch of details about what the VM can do at this point, whether the input is interrupted, whether it’s restartable, etc. This depends on the system architecture.)

From the user’s perspective, an IF game spends approximately 100% of its time doing nothing, waiting for input. This is not intuitively obvious if you’re just reading the Z-spec. At least, it was a startling shift of perspective for me when I wrote Freefall. :)

AXMA is not used by many, but it has a macro that repeats a passage at a specific interval <<repeat 'passage' 10>> and it can be used in many ways. I’ve used it to repeatedly print something at intervals, add choices after a delay, steal focus from the player and change the passage unexpectedly, or change variables or music behind the scenes without printing anything. You can have multiple repeats happening that interact with each other in various ways and they can stop and start other repeat timers.

On the 8-bits, the PAW (and DAAD) had a real-time feature… Got to admit that I always hated any game that used it… It was almost always used in some sort of “death” routine… Luckily hitting space (to add a blank to the start of the command line) usually stopped it working and gave you time to think.

Needs to be used in conjunction with specific screen layouts, I think, e.g. ones with the input/command line separated from the response window.

Thanks - I’d never heard of this before (not very surprising: I don’t know a lot about IF really). It looks pleasing. Added to my list of things to dabble with (at the risk of spending so much time dabbling that I never get any writing done). What is a good example of it in use?

On the 8-bits, the PAW (and DAAD) had a real-time feature… Got to admit that I always hated any game that used it…

That does seem to be the prevailing sentiment. Bit like mazes really. In this case, it’s more of a focus-shifting ghost in the machine effect I was thinking of, rather than a run up to sudden death.

What is a good example of [AXMA] in use?

What is a good example of it in use?

I’m not sure who else besides me uses AXMA in English (it’s a Russian-developed system).

Going Down uses it extensively for elevator travel and the first scene where you’re being stealthy. 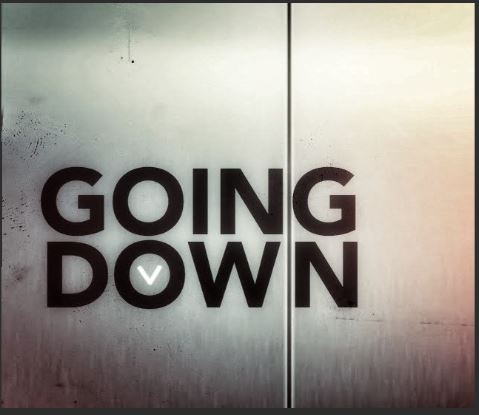 Going Down by Hanon Ondricek

Journey to another world. Return if you can.

Thanks for those suggestions. I will browse your back catalogue!

As a player, I would beg and plead that you don’t include real-time events in your adventure, or at least allow it to be disabled. If you take extensive notes or draw a map (as I do), there’s nothing worse than returning your attention to the screen only to find that everything has scrolled away before you’ve had a chance to analyse it and note anything that needs to be noted. Or you want to take a screen grab and by the time you get yourself set up, the screen has changed. Or you’re reading a long passage and it scrolls up while you’re trying to read it. Or you go to grab a cuppa or go to the dunny and return to a screen full of the same one-line messages. All very annoying.

My unerring powers of intuition told me that Garry wouldn’t be the most enthusiastic advocate of this one.

Actually, I agree with you that it would be annoying in the course of normal gameplay, although I don’t recall having played a old 8 bit game with this as a prominent feature. Suggest one please, so that I may subject myself to even more frustration than usual when playing old adventure games.

The reason for asking about it, though, was to do with a sort of dramatic effect I was tinkering about with in just one or two short scenes, rather than deploying a weapon of mass annoyance throughout the whole game. But I think I can do what I want in Adventuron with some pauses and simulated player input anyway, so not a critical issue for me.

If it’s a standard Quill/PAW/DAAD thing then it will probably need to end up in Adventuron at some point anyway.

You know me better than I know myself.

If it’s just in one or two situations, that’s probably okay. I’ve played a few, but I can’t remember which ones they were. One that I was playing recently was the Spanish game ‘La Aventura Original’ by Manuel Gonzalez on the Amstrad CPC. I don’t speak Spanish, so I was using a walkthrough and had to check my list of Spanish to English terms after every move. By the time I’d looked up a word or two and got back to the game, the text had usually scrolled off the screen. “No big deal” I hear you say, except when the text that had scrolled off the screen was telling me that a dwarf had just entered the room. If I didn’t notice and didn’t throw the axe, he killed me. I lost count of how many times that friggin’ dwarf killed me and I had to start again. I didn’t finish the game - even with the walkthrough.

It wasn’t a standard Quill thing, but it was an included feature in the PAW & DAAD systems.

I don’t have a list of Spectrum games that included the feature. (If it was a feature I actually liked then I might have kept one

) However… some quick examples…

Games like Out of the Limelight used it to have a real-time clock that sat ticking away in the status bar at the top of the screen. Unlike most games with a status bar clock, the real-time feature meant this functioned independently of player turns. You could, however, advance the clock manually by using various wait commands and also PAUSE it… Which I do think is an option that any game with that sort of feature should have. https://spectrumcomputing.co.uk/entry/6771/ZX-Spectrum/Out_of_the_Limelight

Quite unpopular with players at the time, was the use of the facility for real time, “action” style events… Giving the players only a few seconds to type in a response to deal with a threat… usually upon entry to a location… Particularly unfair if you were a slow reader! Quite often you could cheat and get around this by just pressing space, which fooled the computer into thinking you were typing a response and paused the timer. It did add tension to a game (although just as much tension could arguably be added by a simple turn limit). This sort of routine was used more often… Off the top of my head, Star Flaws would be an example… https://spectrumcomputing.co.uk/entry/7035/ZX-Spectrum/Star_Flaws

Cloud 99 was one of my favourite games back in the day, and it does use the real-time feature in the way that you’re looking at doing it… printing up messages every so often to add atmosphere and some sense of the world going on around you… You’ll notice that this one separates the command input line from the main text area; which was recommended in the PAW manual. It stops the player feeling like they are being interrupted when they are typing. Adventuron doesn’t currently have the same level of control over the layout of the screen. I think that the sort of use you’re proposing would be much better with a segmented layout; otherwise atmospheric lines would be better just added per tick. (If you colour code the atmospheric text it helps separate it from the responses to player input) https://spectrumcomputing.co.uk/entry/6091/ZX-Spectrum/Cloud_99

(On all those links above, if you go to the QOAP emulator link for a game you can play it in your web browser)

Thanks for those specific recommendations which will save me the usual hours of searching through the vast spectrum computing database looking for something reasonably playable!