I am pleased to announce that the Second Quadrennial Ryan Veeder Exposition for Good Interactive Fiction will be held in February of 2020.

A few additional details, more relevant to the intfiction.org set, will be outlined below.

It follows from this fact that anyone who refers to the Exposition as “VeederComp” or similarly will in so doing arouse the ire of the Judge. It is true that this topic is posted in the category “Competitions,” but that is only because there is currently no category for judged exhibitions.

2. It is forbidden to say anything that could lead the Judge to form a hypothesis as to whether any specific person plans to enter the Exposition in this topic in a non-anonymous manner.

If you are interested in the Exposition and wish for any of its many, many rules to be clarified, you must figure out a way to ask your question anonymously. One fun way to do this would be to ask a fellow intfiction.org user to ask your question for you in this topic, so that your friend can say “Someone who may or may not be my friend asked such-and-such.” But you must not ask your own question in the guise of asking on someone else’s behalf. That would be heinous.

3. The means by which Entrants to the Exposition will be allowed to register temporary intfiction.org accounts for their Alter Egos will be laid out in more detail around the end of January.

The intfiction.org staff have been extremely accommodating regarding the somewhat unconventional concept of allowing Entrants to discuss their Entries on the forums using Exposition-specific accounts. Since I am not a staff member I do not feel qualified to comment in detail on how the staff plan to handle things.

4. The Exposition is not an elaborate form of topical humor.

Entrants to the Exposition should be advised that the Judge is not a fan of topical humor.

The First Quadrennial Exposition was announced in November of 2015 amid some inconsequential controversy having to do with IFComp that the Judge did not fully understand, much less have any desire to comment upon. Because the issue seemed from some angles to have certain features in common with the premise of the Exposition, it was necessary for the Judge to point out that his announcement was not intended as any sort of commentary on whatever that issue was.

Today, the Second Quadrennial Exposition is announced in the wake of the announcement of some other IF community event for games written in tribute to some other specific person. An ignorant observer might posit that this entire Exposition announcement is merely a parody of that other event. Such an observer would be incorrect.

In fact, the Judge takes his Exposition so seriously as to consider his event to be in direct competition with that other event—but this is not to say that it is acceptable to refer to this event as a “competition.”

5. The Judge has not sewn any of the dolls yet.

I have been busy. I will get around to sewing the dolls when my schedule clears up.

I think that’s everything. If you are interested in entering the Exposition, here is my immediate advice to you:

Thank you for your interest.

I am pleased to announce that it is now possible to sign up for the Second Quadrennial Ryan Veeder Exposition for Good Interactive Fiction.

Meanwhile, some Entrants may or may not already be hard at work on their entries for Event Three, which are due on February 29th.

Individuals who plan to enter either or both of these Events, or who end up wanting to enter Event Two when its parameters are announced, may sign up now by being assigned an Alter Ego via this Google Form. Please make sure you’ve familiarized yourself with the labyrinthine and capricious rules of the Exposition before attempting to sign up.

Conveniently, at the top of that Google Form are the regulations established by the intfiction.org staff for Entrants who wish to register forum accounts for their Alter Egos. So you can review those regulations without actually submitting anything to the form.

The Prizes page has also been updated with images and vital stats of the dolls I’ve sewn so far. Here is one of them. 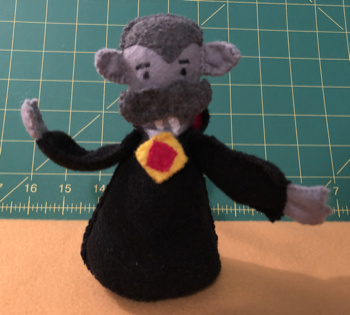 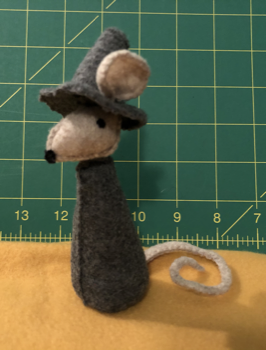 I apologize for not having sewn all of the dolls yet.

Thank you for your continued interest.