The Inform 7 site was updated!

Inform is a natural-language-based programming language for writers of interactive fiction.

Per Emily Short, the site did go down initially due to technical difficulties, but the opportunity was taken to update some information, including official announcement that a four-year update to I7 is due to be released this Autumn. 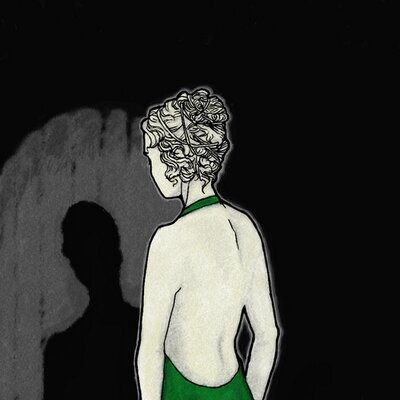 https://t.co/NJGcVRYYnJ is working again, with new content -- the new content isn't the reason it was down (that was unintentional breakage) but Graham took the opportunity to put up a simpler site that reflects the current state of the system and development.

This forum and the IFTF are also linked via the new site as well, which is very cool!

It’s really exciting to see an update finally coming to Inform. Honestly, the best part of the website update is losing that page that promised the sources would be released as soon as it was polished a bit more - and the polishing was 3/4 done. I’m pretty sure it said that for ten years.

It seems that the project is easily being revamped drastically enough to justify a new major version number. Is it just going to be Inform 7 forevermore? (Just as there’s never going to be an HTML6 or a Windows 11.)

Is it just going to be Inform 7 forevermore?

I did note that “I7X” branding on the new page.

(Seriously the extension didn’t occur to me, I thought maybe it was like an OSX kind of thing. Shows how long I’ve not been using Inform…)

Hopefully without breaking backward compatibility… whose is why I don’t 100% trust I7 (I have a slow-paced dev time, few lines here and there a month…)

I believe the intention is to allow the user to select build version (including legacy) at compile time. 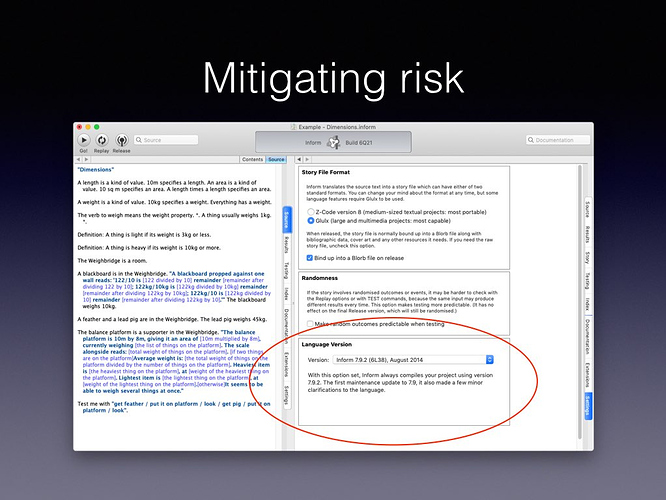 I seriously hope so…

Unfortunately, it seems the manual and recipe book are no longer on the website. It would have been useful to keep the old manual up until the new release. (Yes, I can read the manual in the IDE, of course, but sometimes it’s easier to use Google.)

Ah, so it wasn’t deleted, just had a URL change that Google hasn’t picked up yet. Thanks. (A redirect might be nice, though…)

On the current main page, there’s a tab a the top that says “Documentation”.

Without Google search, the in-IDE search usually is helpful if you can remember a phrase or word on the page you’re looking for.

I think the issue with the old URLs/redirects may be in part that they were previously in a subdirectory called “learn” that no longer exists with the new site design.