The Curse of Rabenstein - C64 - Point and Click Edition is out!

Today I released the Rabenstein C64 40th Anniversary Edition, which is a point and click version of the game that moves away from the parser driven approach of the original release. You can play it with a mouse or joystick and it features wonderful moody SID tunes by one of the greatest artists in the scene.

This special version is available in both English and German language. A physical / boxed release on cartridge and disk may now be preordered from my publisher PolyPlay. 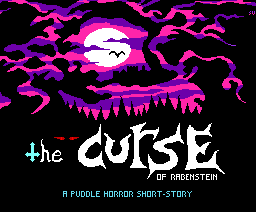 Rabenstein - Point and Click Edition is out! - The Curse of Rabenstein by...

I am finally able to present you the anticipated C64 40th Anniversary (Point and Click) Edition of Rabenstein. It can be played with mouse or joystick and thus differs significantly from the parser dr... 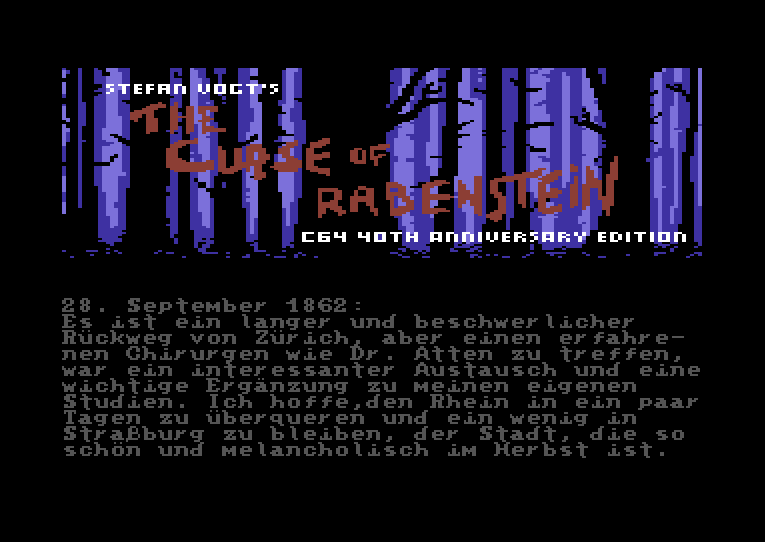 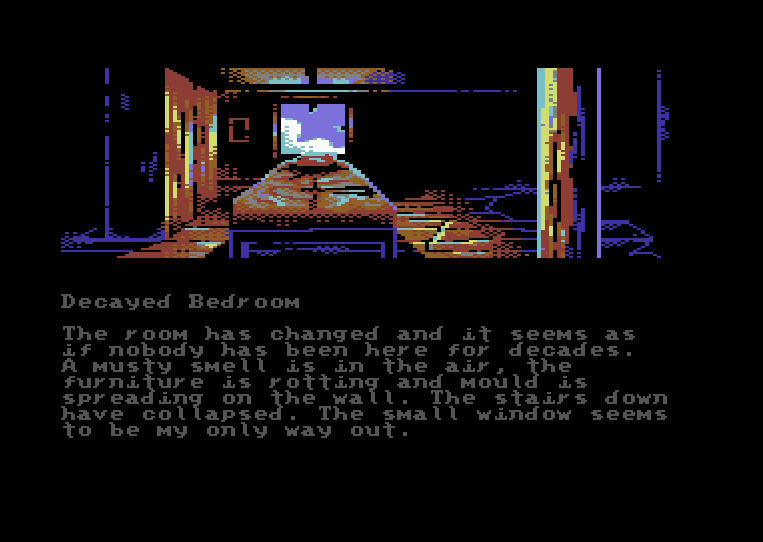 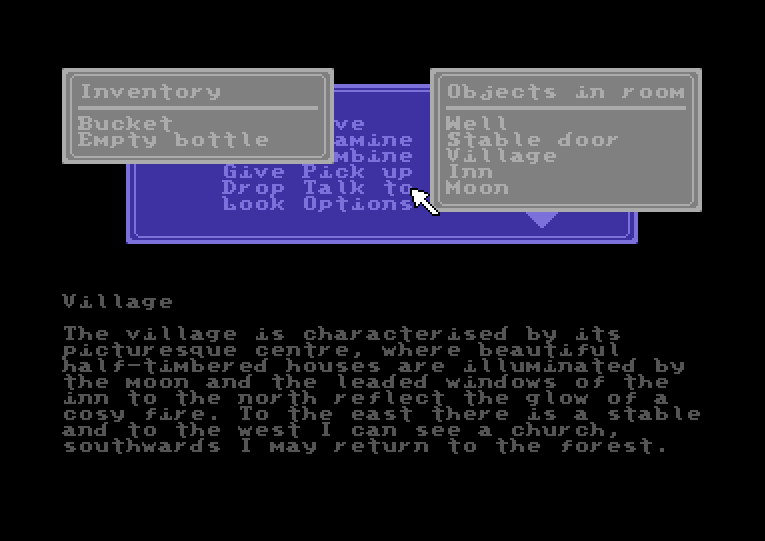 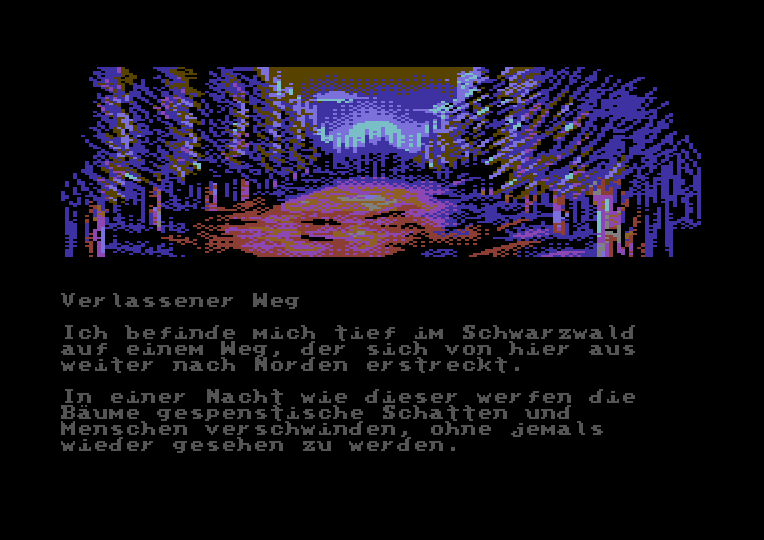 Nice. I tried a bit of the Modern_PC edition. A bit clunky in places

I’m in the Inn

Anyway, i managed to get into the church, said my prayers, then got stuck.

The game was designed with the limitations of a classic 80s computer system in mind as it is intended to run on real hardware. The parser and all the game text needed to reside in memory while playing so yes, it certainly might be clunky in places.

If you’re after something with more polish. you should give Hibernated a go. Hibernated 1 (Director's Cut) by Stefan Vogt

Regarding your in-game situation, have you investigated the ground where the coachman disappeared? You may find something that helps you on the graveyard.