Text Editors for IF

I thought for a second that column mode meant you could auto-reformat your code into columns. That would be freaky.

I’ve been using JIF for Inform 6 development. It has syntax highlighting and it keeps track of all the functions, object declarations, etc. to make it easier to jump around. You can also launch the compiler and interpreter from within the program. So, more or less a full-featured IDE.

JIF has its quirks but most of the time they don’t get in the way. I’m going to give the above-mentioned Implementor a shot for the sake of comparison.

I’m also curious, does anyone have experience writing Eclipse plugins? I’m wondering what would be involved to set one up for I6 with syntax highlighting and compilation, and whether it would also be able to support object references, renaming/refactoring, etc.

I strongly recommend avoiding Emacs. It’s a ridiculous time sink and it creates problems at a much faster rate than it solves them. It’s too late for those of us who are already addicted to its features, but for everyone else: save yourself, I beg you!

Can we argue about something less inflammatory, like electoral politics?

Lately I use vim more than emacs because I found the plugin architecture easier to develop for. Emacs is amazing as well!

I actually really like Atom. I’ve been using it for a year or so now. I really like its ease of customization.

Sublime Text isn’t too bad either, but a lot of the default settings are very “What were they thinking?” verging on unusable, even though you can fix most of them if you dig deep enough into the settings.

…necroposting a 10-year old thread with an editor war troll? Seems like something that a shifty low-down dirty no-good vim lover might do.

TextMate actually has some nice IF editing support options. Syntax highlighting and feature bundles for Inform 6, TADS 3, and also Twine, ink, and others. Many of the bundles aren’t available through the installer, however – you have to look them up on e.g. github.

…necroposting a 10-year old thread with an editor war troll? Seems like something that a shifty low-down dirty no-good vim lover might do.

Next we’ll discuss tabs versus spaces.

To be fair though (not that this was the necroposter’s intention :P), text editors have come a really long way in 10 years, so it’s probably not a horrible thing to update this thread with more modern options.

I’ve been enjoying WordWrangler on Mac because I have ONE THING I have to use it for. I have to open up a giant generated HTML that reads in with no line breaks, and change the browser title name.

I was using some default thing and doing it with an 8 second lag between keypresses. I opened it in WW one day by accident and went “oh, that doesn’t have to happen…”

Notepad++ is a favorite for planning, but I similarly find the Inform IDE editor and AXMAs text editor, both with inherent syntax highlighting, work just fine.

In the interests of completeness (although I stand by my warning above), I’ll drop this link to a nascent Inform 7 Emacs mode: 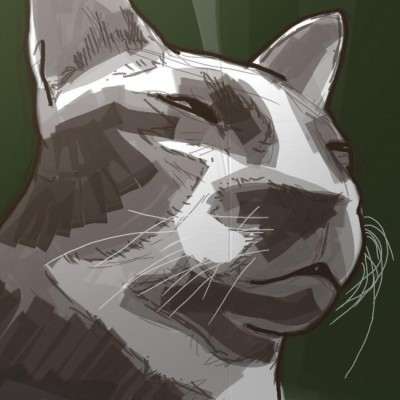 (I have no connection with the person who made this, despite their GitHub username.)

Hi Everyone, I pulled together an integrated Vim environment for Inform7 using the Vim plugin architecture. Full documentation, installer, etc. is linked below:

Vimform7 - An Inform7 IDE in your Linux terminal Development Systems

If you are familiar with the Linux terminal and Vim, Vimform7 may be of interest to you. Vimform7 is an integration of the Inform7 Linux 6M62 CLI with Vim via the Vim plugin model and several shell scripts. From inside Vim you can view the Inform7 help documentation, compile your code, debug / jump to lines with errors using Vim quickfix, and play your Inform7 works for testing purposes. Vimform7 is open source and customizable via bash/vim scripts. It has been tested on Ubuntu 18.04, 19.10,…