I have been so busy with Gold Machine content plus game dev that I haven’t touched my Playstation 5 in over a month. Feeling a bit burned out, I fired it up tonight and received a message that my Playstation Plus and Playstation Now accounts had been merged into a single “Playstation Plus Premium” account. “Neat,” I thought. I took a look at the games available. There are some PS1 titles, which is new (PS4 had no direct PS1 ports). A particular game caught my eye, one I’ve long been interested in but never played: Syphon Filter. 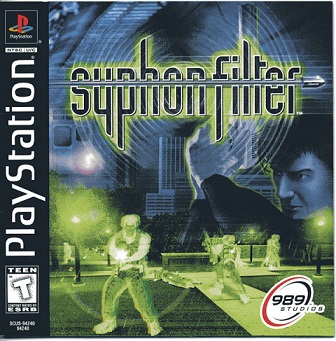 I’m not sure how many people realize this, but Sony Bend (a first-party studio most recently responsible for Days Gone) used to be Eidetic, Inc. Before that, it was… Blank, Berlyn & Co. Yes, that Blank and that Berlyn. BBC made some well-regarded puzzle games for the Apple Newton, then made a (American) Football game called Live Action Football. 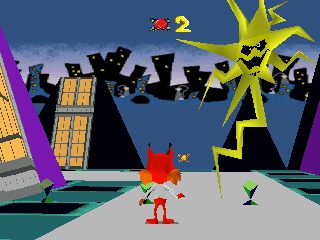 Their first PlayStation game was the mascot platformer Busby 3D. Marc Blank contributed to design and additionally served as executive producer. Mike Berlyn was lead designer. The game was very divisive. IIRC, people who disliked it really disliked it. I don’t think there is a widespread interest in a sequel or reboot. Mike Berlyn left after Busby, reportedly frustrated with the state of the video game industry and uninterested in Eidetics’s next game, Syphon Filter. Blank remained, playing a role in the development of four Syphon Filter games in total. It seems he left after that. After the first game, the series was exclusively published by Sony, and their ownership of the studio would follow.

I have Syphon Filter downloading now. It seems well-remembered in other communities that I frequent. Have any of you played a SF game? Or Busby? Or even one of the Newton games? I was really surprised to discover that two implementors had founded one of Sony’s first party studios.

I briefly tried Syphon Filter but didn’t get too enthralled…I heard about it as a sort of off-brand Metal Gear Solid and that was definitely the impression I got.

I didn’t like that it made me fight pretty much away, though the Wikipedia article makes it sound like there are more puzzle aspects than I am getting it credit for. I didn’t get too far in, anyway.

I’m mostly familiar with Bubsy through the spoof game Bubsy Visits the James Turrell Retrospective. I want to make an surreal horror IF game set in an art gallery kind of like that. Along with the RPG Maker game Ib I think art galleries make a good horror setting.

I briefly tried Syphon Filter but didn’t get too enthralled…I heard about it as a sort of off-brand Metal Gear Solid and that was definitely the impression I got.

Thanks for replying to my sad little thread! It may be that people enjoyed the sequels more. I have been so obsessed with Inform 7 development that I still haven’t tried it! I will make a point of firing it up tonight and then report back.

I did manage to play a free demo of Columbo’s Mystery Capers on a Newton emulator. I enjoyed it less than I hoped, though given the platform I think it is fine. It is a pixel-hunting game, and once the player has found all the needed clues they can solve the mystery via a series of multiple-choice questions. I was surprised to learn that Mike Berlyn didn’t write the whole thing. Only one of the three demo mysteries was written by him. 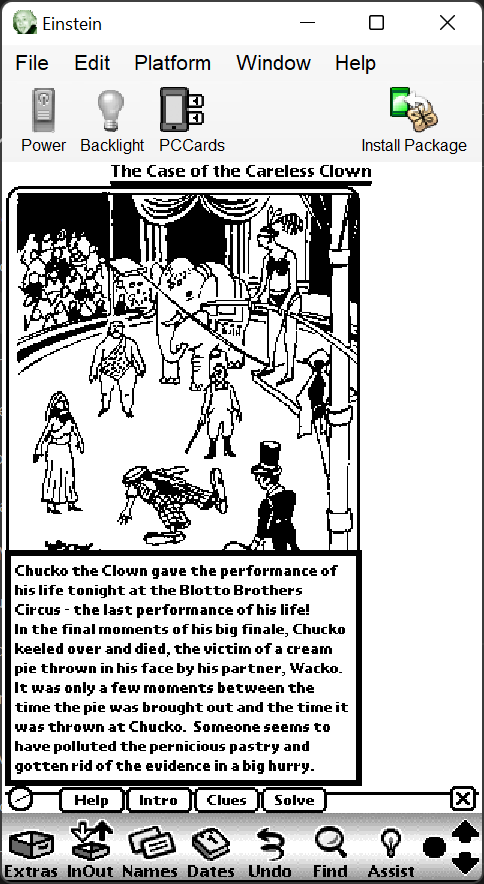