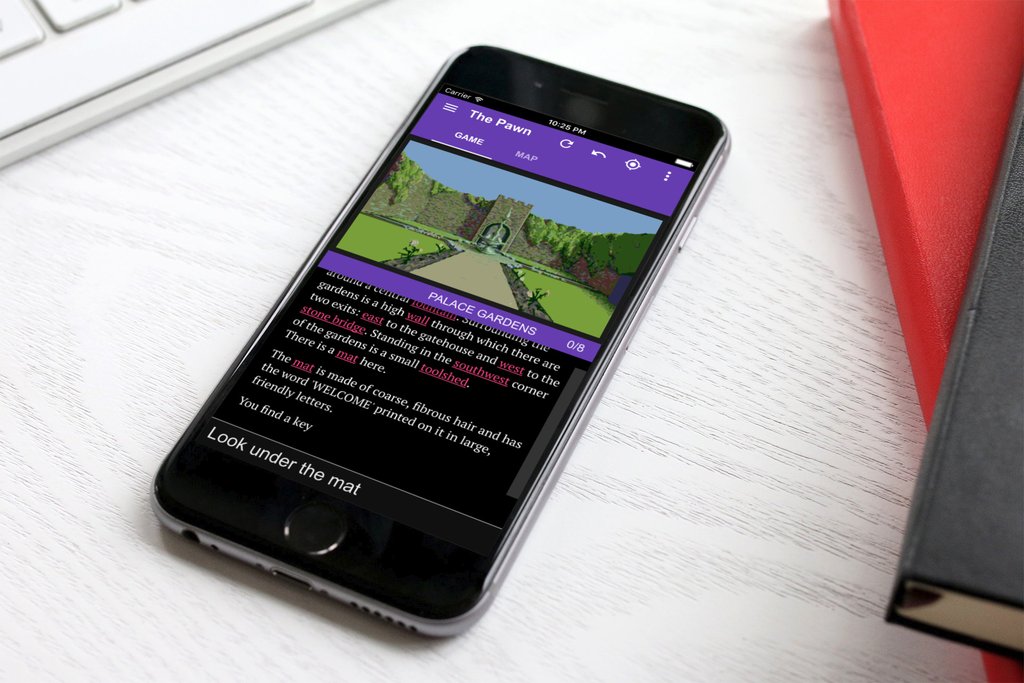 The remastering of Magnetic Scrolls by StrandGames has finally reached iOS. Today, The Pawn Remastered has been released for the iPhone and iPad.

A lot of great features have been added to the UI, such as the Theme Selector - Yes you can have dark modes with retro fonts! The original pictures have been significantly improved using Pixel Upscaling technologies (checkout before and after comparison). Even the theme music has been reworked (by the original artist).

Sharing saved games to clouds like Dropbox and Google Drive has been implemented for the Android version, hopefully iOS will follow soon.

Desktop versions for Windows, Linux and OSX are also available.

And, of course, StrandGames.
[/size]

All proceeds go to further remastering of retro games and perhaps sequels!