Sorcery! 2 and 3 are some of the best Interactive Fiction games ever 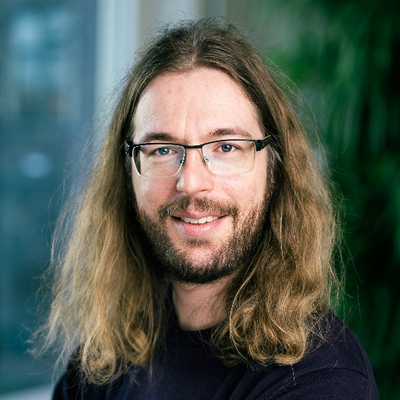 I haven't finished part 3 and haven't played part 4 yet. But Sorcery! 2 is one of my favourite interactive fiction games. Highly recommended. https://t.co/pgOc4Cersz

You've been around the world. You've peeled back thousands of years of history. But have you tangled with argumentative animals, angry ghosts, time-shifting winds, goblins, traps and magic? Sorcery! Parts 1 & 2 are on our biggest ever discount: https://store.steampowered.com/app/411000/Sorcery_Parts_1_and_2/ …

I concur. Sorcery! 2 is just a delightful game. The source base paper gamebook is an amazing foundation, but the Inkle Studios game is just that, delightful.

Sorcery! 3 is a massive feat. A huge feat of open-world through space and time, but Sorcery 2 is just too amusing to be undervalued as “just fantasy”. I mean. Everybody prefers 80 Days (because it is another awesome marvelous game), but Sorcery! 2 and 3 are top beastes. Creme de la creme.

Sorcery! 4 is still too harsh for me, still trying my way in it, but I keep insisting because Jon promised it has a mind-blowing ending. But the journey there is not being so fun as in 2 and 3 games.

What’s amazing for me is I had played the paper-based Sorcery! 1 in my youth and had completely forgotten about it until I saw some of the artwork and was like “Hey! I recognize these pictures!”. So, for me it is both a great series of games and a sense of both nostalgia and closure

. But, yeah, definitely up there with 80 days. I’d be hard put to pick one over the other, especially when considering Sorcery! as the series.

Notice: This product is not compatible with macOS 10.15 Catalina. Click here for more information.

If that’s the Steam warning, try running the game anyway. Many recent Steam Mac games run on Catalina even though the developer hasn’t updated the metadata to turn off the warning.

(I know this because Meanwhile and HL ran on Catalina before I updated the metadata. :)

Hmmm… on the one hand, that’s very good to know, but on the other hand, is there any way to find out whether this works before buying the game?

The only way is to ask somebody who’s bought it.

(I have not bought the Sorcery series, I’m afraid.)

Everybody prefers 80 Days (because it is another awesome marvelous game), but Sorcery! 2 and 3 are top beastes. Creme de la creme.

Everybody except me. I just can get into 80 Days, and I’ve tried several times. This is interesting to me, because I trust the critical consensus and so I’m left wondering why I, specifically, can’t really enjoy the game even though it’s objectively good.

But, anyway, I prefer Sorcery!

Bah, critical consensus. I forced myself to play three full rounds of 80 Days, but it didn’t work for me either. For me it was partly that the time management aspects seemed very poorly handled, and partly that the game seemed so determined to railroad me and kept thumbing its nose at the way I was trying to play. It’s all very well for Jon Ingold to say that he always plays as a consistently “Gallant” Passepartout (incompetent but charming) and that he doesn’t even have to test other playstyles to know that they work. But I tried playing the exact opposite (competent but brusque) and it was infuriating: I could never tell if a choice was going to advance that agenda or work directly against it, and was left feeling like I would have gotten just as far in that direction by rolling a die and choosing at random. And there were a number of jarring period inconsistencies, which was puzzling, because, hey, fantasy/steampunk: there are any number of ways they could have handwaved why things didn’t work anything like you would expect, but they didn’t.

I walked away feeling like it was an awesome story (that I would have liked to see much more of) wrapped in some incredibly clunky game mechanics. Which…obviously most people didn’t mind or even notice, but it’s not a game for me.

Steam has an extremely generous refund policy. You can refund it for literally any reason, even if you just didn’t like the game. You have to have played (not owned) the game for less than two hours for the refund to be available. So go ahead and buy the game and just refund it if it doesn’t work on your computer.

Here are the details.
https://store.steampowered.com/steam_refunds/

Thanks! I remember hearing a lot about this when it first was announced, but since I didn’t have Steam at the time, I forgot about it.

For some reason, so far, I have enjoyed the S!1 more than the City of Traps and Thieves. And I sense it has to do with some inner moral compass (of mine or of any player?). During the first playthrough of S!1, I half-deliberately performed a couple of evil acts—killed some innocent characters. I felt it was wrong and the game seemed to agree with me—i.e. I wasn’t rewarded for my evil acts. And I certainly enjoyed going back for a second playthrough and being kinder to the NPCs.

In S!2, though, I got a feeling about the opposite: it seems that everyone in Kharé is to be mistrusted and when I attempted acts of kindness the city made me feel dumb for it. This resulted in me taking the attitude of “no more mister nice guy” and trying out hurtful things I wouldn’t normally do as the game’s protagonist. I wouldn’t mind casting a spell like “create the illusion of treasure” to get out of a dangerous situation, but in one occasion, while exiting the market, I cast the FOG spell to create darkness… so that I would pick some pockets. And I did that only because in a previous playthrough I had all my gold stolen out of my pocket on the way out of the market. And it felt out of character to “retaliate” in such a way—it felt as if I was shifting into another character, that had to adapt or fail the quest.

All this is not against the game’s quality, it’s just something that puzzled me while wandering around Kharé.

Anyway, I’m currently replaying the game, since I didn’t manage to open the North Gate…

I’m sorry, but that game is written like that on purpose. Karhé is a very mean city, and everything and everyone is set to trick or beat or be mean to you. Even from the start. The original book was like that.