I’ve been feeling a bit blah lately- (health related problems, nothing prescription painkillers and falling asleep on random surfaces can’t fix, I suppose- should be through the worst of it by now) and that same dreariness applies to my current project, unfortunately. I’m also aware that between funky sleep and it being a relatively new genre/style of writing I’m not super comfortable with, (I’ve done two script related projects before, but I’m rusty, and juggling a choice aspect to it is even newer) that some friction is to be expected and pretty normal.

I’ve been trying my usual techniques: trying to just push through it and let whatever rubbish I come up with sit on the page (because you can’t edit a blank one!), changing my surroundings, listening to white noise, picking up odds and ends to read, writing in alternative/more comfortable ways, taking to paper and pen when my wrists permit it, picking through writing prompts, listening to funky tunes, picking apart song lyrics (folk songs usually have a great story wrapped up in them to cannibalize), looking through game theory or explanation videos, switching modes to drawing, consulting my bullet journal’s host of lists and breaking things down into phases, changing the word processor… and while I’ve eked out a little progress, it’s been kind of frustrating!

So, I’m curious- how do you all push through writer’s block?

I find usually if I can’t write it’s because the thing I’m trying to write isn’t ready to be written yet. Let yourself put something on the back burner to simmer and write something else.

This. Just do it. It could be a rant about how much you hate your neighbor’s loud noise. It could be a list of all the reasons why Patrick Stewart is still the hottest guy ever. It could be the vaguest idea for a game which is not yet ready to be born. Writing is work, so treat it like that. Just write, even if it’s crap.

Since I only learned to code last year, I have 40 years of pent-up game ideas, so I am constantly wrangling with the opposite problem: too much going on and feeling like a demented butterfly flicking back and forth between them. And yes, a lot of it is crap.

I find usually if I can’t write it’s because the thing I’m trying to write isn’t ready to be written yet. Let yourself put something on the back burner to simmer and write something else.

Good to hear that my noodling around and writing a silly little fanfiction last night for an otome game I played was a valid stab at solving my writer’s block, hahaha. (Someone commented to ask for permission to commission the character’s voice actor to read lines from it, and I just about died of dual mortification and excitement.)

And if that vacuuming comment isn’t the truth…! I usually scrub grout personally, but there really is something about avoiding writing that turns you into an industriously tidy person.

Writing is work, so treat it like that. Just write, even if it’s crap.

This is a good reminder that I needed, I think.

Also, it’s kind of funny how poorly I’m able to reflect on my writing- a lot of the stuff that went into Sweetpea was stuff I felt wasn’t really good, (part of that was due to it mostly being a first draft I whipped up in a month.) I mean, I loved the Michael parts, because I was writing something familiar that I loved, but I was very surprised that people would quote lines from stuff I considered filler text or less shiny bits like the landing as examples of good writing. Another reminder on the importance of hoarding writing, and not destroying it idly in a fit of whimsical creative despair, I guess!

I’m sure everybody’s a little different, but my goal, mechanically, is to get into a flow state and just bang out content.

What I need for that is obsession. I need to be obsessed. If I find myself struggling to write, I’ll usually just wander off and work on something else.

Sometimes, that isn’t possible due to deadlines or whatever, so I have to keep going. In those cases I try to figure out why I’m not obsessed. Usually, there’s something about the project that isn’t clicking with me. Maybe the voice isn’t right for me, or maybe I’m having a hard time getting into the protag’s head. Or I haven’t resolved some element of setting or plot. Etc, it could be one or more factors among many. I try to identify what’s getting in the way of—this may sound silly—my joy. To me, creation is a joy to experience, and I just need to find a way there. Then my reward system lets me lose hours doing it. Without it, writing can be a real slog.

I can relate to this a bit at the moment. Working a very physical job, lack of sleep (due to 18 month old twins

) and still recovering from the fatigue of covid nearly 6 weeks later.

Some nights I am very productive and others, when I can’t concentrate or find myself unable to solve problems when coding, I’ll simply write a few things down I need to get back to and maybe just try and tidy up a small amount of code. That way I’ve at least done something. It’s so easy to take a break and before you know it, it’s been a month since you last worked on something and you’ve all but forgotten where you were at in the process.

In terms of creative writers block, I think you just have to really take advantage of the times where you are feeling creative and capitalise on that so that when you’re maybe feeling less creative you could use that time to do more structural editing or proof reading, things that don’t require much creative energy.

Having said this, we’re all so different and what works for one may not for another, but I hope this helps in some way, shape or form.

done just tonight: reading IF source code, works wonders.
Also, I guess that playing IF can give plenty of inspiration.
personally, I wonder, what about IF fanfiction ? that is, fanfiction of IF works… I think that can ignite an unique creative environment, having both original authors and fan author under the same (virtual) roof here…

I legitimately think that more people would get into parser based IF if they knew about the genre. Most people I talk to have never heard of it at all, or vaguely remember it from a long time ago. I think fan fiction would be the perfect place to get people into the genre though. I’m guessing there are already plenty of fan fiction IF games around but I’m yet to play any.

Have you got any ideas of your own (in regards to a fan fiction game)?

(If your finger and wrist joints permit it.)

Write. Choose one of your beloved pens and a beautiful notebook and write by hand.
I’m not talking about writing as a means to get information from your brain onto the page. Write for the physical act of writing itself. Focus on drawing the letters and stringing them into words and sentences, like beads on a string. Remember how cool it is that your little hand movements produce such beautiful pictures, and that there’s actually meaning encoded in those pictures. How astounding is that?

Write the alfabet forwards and backwards. Write words you particularly like because of how they look on the white page or how they sound when pronounced delicately.

Just enjoy the wonder that is writing.

I’m intrigued but I have no idea what to imagine. Could you elaborate? Give some examples maybe?

Oh dear, it would seem that was a typo haha.

I meant ‘parser’. Come to think of it though, a prayer based IF game could be interesting… Pray to win perhaps

Oh dear, it would seem that was a typo haha.

Shame - I too was interested in the role of divine guidance as an aid to solving text games (I’ve definitely felt like I’ve needed it at times).

But coincidentally, I can actually provide a recent example: this current TALP entry does, I recall, use PRAY as a command to access hints! 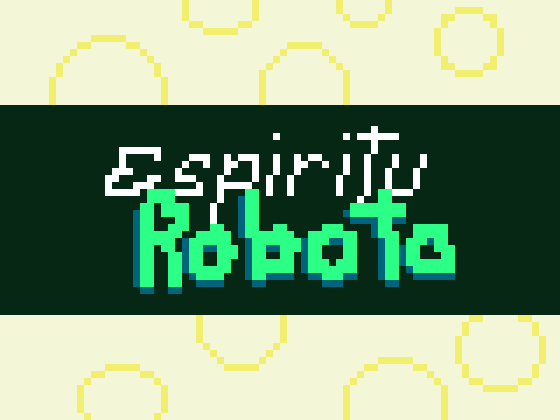 When faced with reformatting, you, a robot, turn to prayer. Espiritu Roboto answers.

Shame - I too was interested in the role of divine guidance as an aid to solving text games (I’ve definitely felt like I’ve needed it at times).

This inspired me to write in my “IF ideas” file:

An in-game oracle card deck as a hint system. When the player needs help, the PC pulls some cards and reads them to the player.

Yes. I was quite charmed by this appeal to the Supreme OS when seeking help. Also cool that it’s a meta-command from the player to the game/author.

For in-game praying, Vespers uses PRAY quite extensively (but optionally). It has a distinctive (and not always favorable) impact on the path through the game.

But that’s still not really prayer-based IF, is it? That would perhaps entail a more thorough theological worldbuilding, learning and performing rituals and sacrifices, building a relationship with a Divine Being (or its Son?), having a grasp of the structure of formulae to address such a Being…

At which point we could say that sufficiently effective prayer is indistinguishable from magic.