Signs of the Sojourner crowdfunding and free demo

Most people have probably seen this, but it doesn’t look like anyone has mentioned it here yet, so… 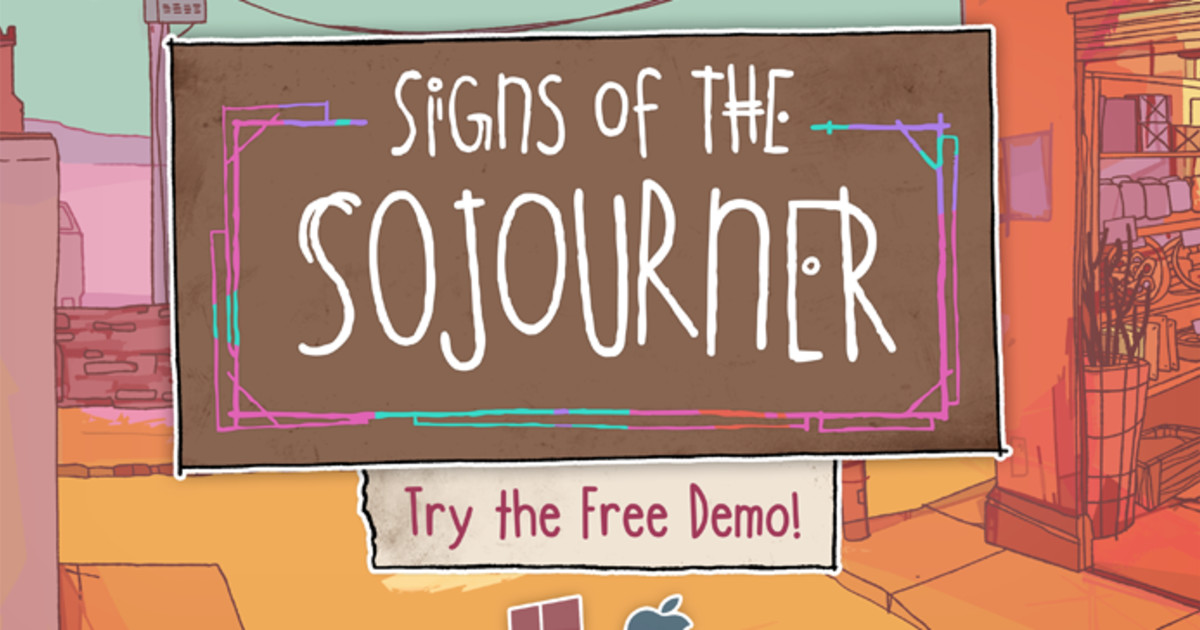 Signs of the Sojourner

Explore a world full of melancholy, hope, and snacks in this narrative deck-builder. | Check out 'Signs of the Sojourner' on Indiegogo.

Emily Short had mostly good things to say about it.

I…found it less compelling. I love the idea of using domino-like symbol-matching to constrain what you can politely say next in a conversation. It seems like it has so many cool possibilities. But they don’t really do anything with the mechanic. It’s basically used to add randomness to whether you can check checkboxes asking, “would you like this person to give you a thing?”

And the writing…the moment-to-moment wordsmithing was good, I thought. But the overall planning was jarringly bad in several places. I got back from my first trip and Elias had a line to the effect of, “what? You didn’t meet anyone who knew your Mom?” Which made no sense whatsoever since four of the five conversations I had were with people who clearly did. Also, Elias, who is presented as someone you’ve been close friends with since you were children, is written to be all me, me, me, and clearly doesn’t care about you at all. He seems to be written as a significantly autistic or brain-injured character, which explains a certain amount of missing social cues, but seeing it portrayed with that degree of self-centeredness was a bit disturbing. If you were really childhood friends, he would be willing to redirect to “oh, you must be tired, let me help you unload the truck and we’ll talk in the morning” rather than being stuck on “oh, look what I made while you were away” and “tell me this, tell me that, tell me the other thing” and being all sulky if you (through no fault of your own) failed to show sufficient excitement. Or, y’know, yelling at you for not bringing him back a musical instrument for a concert the next evening when a) you had no way of knowing that he didn’t have all the instruments he wanted and b) he had no way of knowing that you’d be back in time for the concert in the first place and c) that’s not how musical instruments work: you don’t promise to do a concert hoping that a friend will randomly gift you an instrument that you can play.

And I didn’t feel that the “deckbuilding” mechanic modeled personalities well at all. You draw (and refill) a hand of 5 cards from a deck of 10. And while you are forced to trade off cards, your deck never grows. So what are we saying here? When you go out into the world and meet new people, your personality may become more diverse, but your capacity never changes? You will always be just as shallow as you were when you started? And mechanically, yeah, you can’t grow the deck too much or it gets too diluted and you can’t expect to draw the cards you need when you need them. So I don’t know what you’d do about that: maybe some sort of Wilmot’s Warehouse-like spatial organization system, where the more you learn, the more difficult it is to find the things you want? I dunno. And being forced to trade off elements of your personality every time you talk to someone…so you’re some sort of mindless sheeple who can’t help but be brainwashed by everyone you meet? Yeah. That really didn’t work for me.

But I’m being more negative than it deserved. I think there’s a lot of wasted opportunity with the mechanics, and there were some continuity issues. Other than that, it was a very pleasant experience. It’s a gentle game, without major consequences for “failure”: not everybody is going to like you or get along with you perfectly, and that’s ok. Although they didn’t do much with the card game, it did express some interesting things through mechanics, and the moment-to-moment gameplay was fun. The art and music were well-done, and the story was upbeat and hopeful in the face of the difficulties confronting its characters, which I liked. And there’s definitely some scope for replay, trying to shape your deck to better interact with the characters that you didn’t get along with the first time.