I’ve recently been trying to focus on mindfulness and self care, as quite a lot has been going on on my end- I wrapped up an academic semester, broke things off with a serious boyfriend (he’d been planning on proposing), and one of my dearest friends is in surgery as we speak- (he’ll more than likely be fine, it wasn’t an emergent sort of thing, and I’ll hear from him soon when he’s out, but still scary!) sooooo, I thought it might be nice to make a little thread to hear what’s been good on other’s ends if they’d like to share!

I’ll go first: I had a really good cup of coffee today- and brewed it perfectly the first time around. I rediscovered some old songs I really loved on one of my playlists and had a little dance party the other day on my own, which was silly and fun and something I really needed lately. I was reminded very thoroughly of how much I am loved and cherished while I was going through a really rough patch last night, (my friendships are solidly in top three of best things to have happened to me, ever), and I have a lovely new diary to try with a handful of old and tried out favourite pens, in the best colours- blue-black and a cool toned pink! I painted my nails super patiently recently, and they’re glossy and pink and perfect. I’ve also got a personal project (game I’m working on with some friends) to distract myself, so that’s good. Being busy helps.

And while I don’t think I’ll be able to get myself to wear rings for a long while yet, I was given a familial ring recently as a ‘growing up gift,’ (sort of to mark the fact I’m solidly a young woman now, and not a little girl in their eyes) it’s got my birthstone set in silver- which makes me both happy (to have something meaningful, and pretty) and sad (because of the whole relationship thing.) I think in time I’ll be able to wear it around, but for now I’m putting it into my little keepsake box.

Oh! And I love my sleepmask, it’s a little fluffy pink one with a bunny design- bunnies are my favourite. I put on my favourite PJ top, which also has a bunny on the front, with little ruffle-y cap sleeves, and it’s nice to be comfy and to feel cute.

Last night I met up with a friend and ex-co-worker I’ve not seen since the lock-downs started. Neither of us felt the need to wear masks, the pub was busy and vibrant, and we had a good time catching up.

It’s sad something so nondescript should seem remarkable, but I’m grateful we’ve reached a place that this kind of normalcy is becoming the norm.

Wow, hope things settle into normalcy (or at least pleasant chaos) soon. I always found semesters ending to be so bittersweet, like I was glad to move forward but a little sad about all the loose ends I never wrapped up.

Some good news: I got my first tattoos on Monday and they’re healing nicely. My dad’s birthday is this weekend, and I’m well enough to drive and see everyone for the first time in a few years. I’m making a big vegan lasagna with my mom and partner, which’ll be fun. I’ve got a date with said partner tonight

After that, idk. I’m just happy to be in the sun.

Yeah, I hope so too. My sleep’s been all wonky between the bright sunlight and stress- (I’ve been averaging about 4 and a half hours a night for this week) but that’ll settle down soon, I think. The end of a semester is always so draining for me- but I did so love the moment of deleting my alarms for my 8AM classes, haha!

Getting your first tattoos sounds like so much fun! One of my friends has a bunch himself- it’s always so exciting to see how the finished piece looks when the swelling and all that’s gone down. I hope they heal up well! And that you have fun with the rest of your plans.

The best thing that happened this week is that hummingbirds have started stalking my husband. He has a major hummingbird feeding operation going (we spend a frightful amount of money on sugar), and the hummers have ID’ed him as the food guy.

If he doesn’t get the food out early enough for them, they start buzzing around the house looking in windows. Yesterday he was in the bathroom, on the toilet, and hummingbirds were hovering in front of the bathroom window, staring in at him and yelling about how crappy the service is.

This is so hilarious. Very creepycute! Hopefully he can keep up with the little tyrants he’s made! Maybe he could get some good photographs of them if they’re purposefully seeking him out and hovering around? You could make them into a Halloween compilation/collage as a joke card or something when October rolls around- The Return of the Hummingbirds… Haha.

And while I don’t think I’ll be able to get myself to wear rings for a long while yet, I was given a familial ring recently as a ‘growing up gift,’ […] I think in time I’ll be able to wear it around, but for now I’m putting it into my little keepsake box.

Do you think you could put it on a chain and wear it around your neck, perhaps? Either way, it sounds like a beautiful ring and I hope that in time you’ll be recovered enough to wear it.

In the spirit of the thread, I got free ice cream at a work event yesterday!

If he doesn’t get the food out early enough for them, they start buzzing around the house looking in windows.

Sounds like the makings for a Crow Quest sequel.

Could be called Hummingbirds: Attack! or The Sugar-water Chronicles.

I had a nice walk in woods today and saw a pair of beavers which was pretty cool.

I am all but two trophies short of a platinum trophy for Elden Ring, and I’ve honestly enjoyed every minute of it. Well, almost every minute.

I got back from a trip down to Tennessee this week and came back with some time-lapse footage. I had a chance to put it up on YouTube. I’m pretty happy about that. 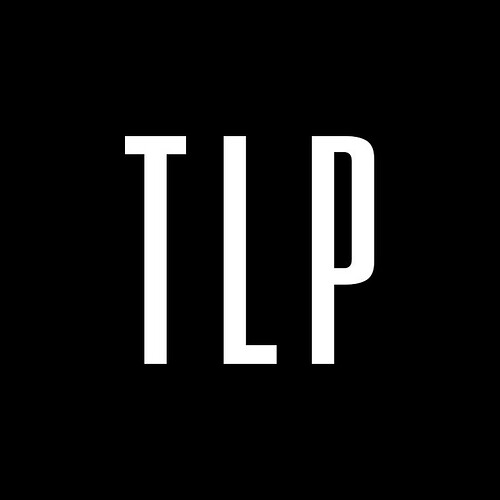 Share your videos with friends, family, and the world

My son and I finished Black Sect together and made a big deal of it. Dancing and high-fiving. His mother, the love of my life, who doesn’t get adventure-games (bless her), rolled her eyes. That made us redouble our rejoicing. Which led to more rolling of the eyes, but I saw a smile and a twinkle there too.

I’ve definitely considered it- but I think it’s a bit too painful to wear it on my person at all for the next while. At the moment, I have on a small heart locket from a present when I was very young overlaid on top of a shield of Archangel Michael with his prayer cut into the back- and that combination’s been very comforting. I wasn’t baptized or confirmed due to being raised in a multi-faith household with conflict over which rituals should be conducted, but if I got to pick, I’d probably like him as a patron saint- I spent quite a lot of my childhood praying to him for strength and protection.

I definitely think I’ll be able to wear the ring with time- it’s a lovely gift, and one I’ve looked forward to for years. The timing is just a bit painful, haha.

Update on the friend who went in for surgery- he’s doing very well, and has been recovering nicely. Also got in touch again with a friend after some time- life’s been difficult on both of our ends this year, but he reached out specifically after putting the pieces together about my breakup. It was nice to hear from him, and he mentioned being willing to pull some strings if I needed some additional support- I might take him up on the offer, but for now, am taking it easy. He also said he’d mail me some little crocheted animals he’s gotten into making, which is so sweet- he’d been apparently thinking of me and thought I’d like them, before messaging me. I drew a lot today, and am quite happy with what I managed to do towards the visual novel me and a friend are working on together!