hm, I have yet to draw up a timeline, since it didn’t seem that critical, but I think the librarian is mostly mentioned in the damp notebook. Maybe the scrapbook too? Oh, and I never heard her name, Linda, mentioned. I guess I somehow missed a topic with Zulieka.

Her math might be a little off, but I think you can find something in Zuleika’s life experiences that would make her leery of creepy masks.

This thread is fascinating to look at, even without reading the spoilers. I haven’t gotten as far as it looks like some of you guys have, but I explored what looks like almost all of the map[1], though I could be wrong about that, and found the progressively drying journal and the scrapbook. I also got into the observatory and discovered the game-within-a-game. That was as far as I got before putting Jewel Lake on hold for IFComp.

My question is, given that the game (purportedly) has no winning or losing conditions and no ending, how will I know when it’s safe to read the material in spoiler tags in this thread? Is there a point when it will become clear that I’ve seen all there is to see?

[1] Except of course for the part that’s clearly procedurally generated and probably infinite in size.

I’ve noticed a couple odd things tonight. First of all, the phrase “the horror of recognition” appears at least three times in the text. This can’t be coincidence and it sounds like a quote. I’m not familiar with this phrase. Googling shows others using the phrase, but I can’t seem to find a definition or an origin for it. The three places I found where the phrase is used:

Oh, and the quote on page 9 is really obscure. Googling tells me that it’s from the subtitle track of the DVD release of Buckaroo Bonzai, presented as “Unknown Fact #8,664”. Make of that what you will.

My question is, given that the game (purportedly) has no winning or losing conditions and no ending, how will I know when it’s safe to read the material in spoiler tags in this thread? Is there a point when it will become clear that I’ve seen all there is to see?

[1] Except of course for the part that’s clearly procedurally generated and probably infinite in size.

Badge count is a decent indicator of progress. The OP had 12 when the thread was started and found 2 more via hints in spoiler tags. 2 of us have 17 and I haven’t found mention online of more than that (so far, Ryan has indicated there may be updates in the future).

For a lot of it you can just play as the game instructs, a half-hour or so at a time seeing what there is to see. But at some point you realize game elements change with the days and the more “world building” items you find start to come together and you realize there are puzzles where you didn’t notice any before and new places to see.

The “infinite” area is roughly 52x52 though I’ve found no reason to explore it in detail. I knew when and where I was supposed to go there.

Oh, and I never heard her name, , mentioned. I guess I somehow missed a topic with Zulieka.

This is what I meant, I poorly worded my question. I don’t recall seeing the name before this thread and Zulieka doesn’t respond to librarian, library, or secretary. I feel like I’m missing lots of useful topics with her and I’ve only found out little bits about who she is and why she’s here.

Re: Zuleika and masks Ah of course! What a deep dive into the Veederzone. This made me replay Taco Fiction which still holds up.

@FriendOfFred: I’d keep going a bit before you read any of the spoilers - make sure you meet a woman who only appears twice a week, and also look for little side projects you can do around the pond, even if the game tells you not to. You’ll keep finding things to do and puzzles to solve!

@CortJstr & @David_Welbourn: I honestly don’t know how I got that name, or if it’s the librarian. I’ve gone through scrapbook & notebook and not seen it. I think maybe: she mentioned it when I asked her about the long receipt in her pickup truck? I have to check again this weekend when she returns

If you ask Malcolm about Erica, he tells you she burned down the sanctuary walkway. It’s the Cynthia Elsworth Memorial Sanctuary, so did she do it to get at Noah and the club? She definitely has a long history with this club I’m thinking…

And David, I think you mentioned the angel? It’s another reference:

this time to the Ransom Woodingdean House piece, which was excellent: https://rcveeder.net/woodingdean/

I think I’ve gotten stuck finally again -
I have fifteen badges, consisting of: a pewter feather, a Muskellunge Badge, a Steelhead Badge, a fish skeleton badge, a Mako Badge, a Carp Badge, a Crappie Badge, a Salmon Badge, a Largemouth Bass Badge, a Smallmouth Bass Badge, a Bluegill Badge, a Bonefish Badge, a Dolly Varden Badge, a Brown Trout Badge, and a Walleye Badge.
I know I’m missing at least two from one of your posts - do you have any clues?
Also, still wondering about the bird not in the guide and the stone you got - is it the lumpy stone that looks like an animal?

Also, still wondering about the bird not in the guide and the

Your spoiler isn’t what I was talking about (but was a fair guess) I’ve not found a use for that thing. Sounds like you haven’t explored everywhere yet (besides the fenced woods. AFAIK we’ve gotten what’s there to get).

Hint 1: The shears are not a single-use item. There are at least 2 uses.

Hint 3: It is something one would normally use gardening shears to cut/trim (a plant), it’s not a lateral thinking thing like rope/hair/etc.

Hint 4 (virtually full reveal): Have you noticed that the cat can get to the Elsworth cabin by herself? Who’d build a cabin that’s only accessible by canoe?

Since it’s Wednesday I can compare badges when I get home for the one’s you’re missing. I don’t remember if the above hints get you a badge or not. So if you do solve this let me know if you’re still 2 short or just 1.

These both have a mechanic in common. For both (minor spoiler) you need to do the correct thing then come back later instead of getting an immediate reward.. These both also use items for which I haven’t found any other use.

First badge: There are a few items that behave differently than all the others in the game.

Second badge: Some birds are really smart. They can recognize human faces and will remember people who are cruel or nice to them.

brilliant! Those are perfect hints for some very tough to find spots!

You’re probably at the same spot I am now (or will be once you show the rock to Zulieka and follow her advice) and likely have even more questions as to just what is happening.

It seems like there must be something I can do in this location but I can’t figure it out. Let me know if you discover anything new.

I haven’t checked your spoiler yet - still waiting for the crows to give me a badge - I had to go back I think and feed them again!. I’ll try to do some stuff with my newfound things and come back to report in. Thank you!

That one took me several tries after somebody else gave me the hint. I’m still not entirely sure what the actual trick was or if it was just repetition. I did end up feeding the crows 3 or 4 times, at least once at each playground. The final time I did a full circuit around the pond after feeding them and when I came back the badge was there. I almost didn’t notice it.

I think it was number of times?

For the thing I found by the tree…

I got it broken open! Zuleika thinks it’s pretty, but that’s it - I tried to give it to her to no avail. I think that might just be a reference to one of Ryan’s many hobbies? Of course, that’s what I thought about the GPS coords… LOL

Also, the crows…Zuleika asks where they got the badge. They got it off Jack, right? He was a one-year member and probably they picked it off him after he was killed?

For the thing I found by the tree…

I spent a long time trying to smash that open in the “will cut you in half” auto-closing door before I realized how simple the actual solution was. The goldfinch keeps saying it seems like it’s waiting for something but I haven’t discovered what it wants, or anything useful to do here aside from get the geode, really.

I hadn’t considered that but it does make sense. Given at least one badge was just sitting on top of a rock I didn’t put too much thought into it but probably should have.

I too have become obsessed with this game. It has caught and drawn me in like a well-timed reel after a good cast.

After scouring each room (seriously, I don’t think I’ve ever felt motivated enough to ever do this before this game) and staring at spoilertags out of the corner of my eye, I’ve concluded that what I’m missing is probably the drying notebook if anyone could point me in the right direction.

The things I currently own are:

some waders (being worn)

a stack of papers

a pair of sunglasses

a can of peanuts

I encountered the special header you wanted me to tell you about if I found it. (Which is probably pretty clear given the rest of my post.)

Ohhh I can’t remember where I got that but it was early!
You have a lot of keys - have you found a lock for each one and opened them?
I drew a map of the game which maybe would help… let me know if you want to see it.

I’ve used all of the keys!

I’d be down for a map. There could be a location I glossed over or something…

pleeeeease let me see your map.

I really am surprised you didn’t find it, Sono! I think I found it really early, maybe I’m wrong.
Here’s the map - it’s in Trizbort format. It’s a free and very small profile download for the program if you don’t have it. I zipped the map because this site won’t permit the file extension .trizbort.fly-fishing.zip (2.5 KB) 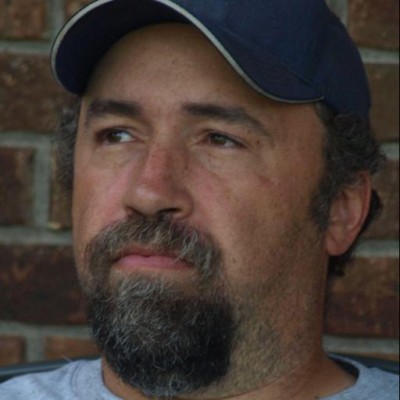 Trizbort, the Interactive Fiction Mapper. Contribute to JasonLautzenheiser/trizbort development by creating an account on GitHub.