Request for Beta-Testers for ParserComp 2021 Game: The Time Machine

This eponymous game is a sequel to the H.G. Wells Victorian science fiction novella “The Time Machine” (https://bit.ly/3a6IW6L). Can you solve the mystery of your friend’s delusions or will you be confined to the asylum with him?

This Inform 7 game is currently in development and I estimate it will be ready for beta testing on May 3rd. The current design contains 14 locations, almost evenly split between 1895 and 802,701, and 3 characters.

The beta testing period will be from May 3rd to June 1st. Beta tester responsibilities will be to play the game at least once, provide a transcript of their play, and let me know of any bugs, grammatical errors, or suggestions, either as they play or at the end of their testing. There is a possibility I will issue an update at the end of the beta period but no one is obligated to test the beta a second time.

Right now I am looking for a few beta-testers to express interest in testing this game starting May 3rd. From an initial list of five or six people I envision that two or three will still be interested and available when the May 3rd date arrives.

Please contact me via DM or at billy.tenenbaum@gmail.com with your contact information if you are interested in being added to the beta test list for my first game. For anyone who expresses interest I will keep you appraised of my progress, probably via subsequent posts to this topic.

Transfer of story files, walkthroughs, etc. will be done via Dropbox and email.

The past three weeks have been extremely productive and fun.

The source code currently consists of 6,281 words which compiles itself to 101 objects—16 are rooms, 5 are characters, and the remaining 80 are things. All sixteen rooms have initial descriptions with some conditional text and each room’s directions to other rooms have been programmed and validated.

I would classify three of these rooms to be Alpha. This means that besides descriptions and directions all the objects in those rooms have been created along with object descriptions, synonyms, and rudimentary actions or reactions (two of these rooms are in 1895; one is in 802,701).

For the five characters, very basic Ask/Tell interactions for two of them have been started but need more work, both from the programming and dialog standpoints. Automatic movement around the map has been started for one of those characters but, like Ask/Tell, it needs more work.

The remaining eighty objects are things in the various rooms. All of their properties—scenery, container, supporter, synonyms, etc.—have been set. When examined, every one of these objects returns a “You see nothing special about…” description. A few of the objects have more extensive descriptions, which might or might not include conditional text.

I have also added Emily Short’s Basic Help Menu to the code so initial hints will need to be written at some point.

The goal for the next 3-4 weeks (3/15-4/2) is getting everything to Alpha. This includes dialog, character movement, puzzles, i.e. “plot points,” any additional descriptions, and End Game scenarios. After that I expect to spend 2-3 weeks (4/5-4/23) to do some fine tuning, description changes, and write the hint text. I still plan for Beta testing to start on 5/3.

6 people have expressed interest so far in beta testing. If anyone else is interested in getting on the list either DM me or send an email to billy.tenenbaum@gmail.com.

I am behind schedule but Beta testing will start on 5/3/21 as planned.

I had hoped to have everything—dialog, character movement, puzzles, descriptions conditional and initial, endgame scenarios—in an Alpha state by 4/2. This has not happened.

The source code currently consists of 10,286 words which compiles to 16 rooms, 5 characters, and 95 things (I was amazed how adding one or two components to a device exponentially increased the work involved. The devil is in the details.)

I should make it. Already I have completed 7 of the Small tasks in 3 1/2 hours so I might have overestimated the magnitude of work a bit. I will post an update on my progress on 4/17 or 4/18.

8 people have expressed interest so far in beta testing. I think that should be sufficient but if anyone else is still interested in getting on the list either DM me or send an email to billy.tenenbaum@gmail.com.

Do not fear. If you’re a bit too slow to participate in this competition, then the next one is waiting. We’re talking about games, nobody can “steal” what you have created. I myself have “finished” a game about six weeks ago which I could enter into IFComp this year, but text adventures need sooo much beta testing, it might be I won’t make it and need to wait for a year, or enter it into another competition. Doesn’t matter, I already have a second game to start once game #1 is… Actually, a text adventure is never finished, it might just one day be in a state that allows you to present it to the public before you start working on release 2.

True enough. I have every intention of running ParserComp next year and onwards (assuming people want me to of course!)

The game currently consists of 13,573 words which compiles to 17 rooms, 4 characters, and 97 things (I combined two characters into one). Three tasks remain to get the game to Alpha. Two of those tasks I have estimated as Medium and one has been estimated as Large.

Of the 40 tasks that are already done, I originally estimated that it would take me 46-74 hours to do the work. My estimation was a bit off since it took me just under 26 hours to complete them.

I am going to complete the three remaining tasks the week of 4/19 and then use the rest of that week and the week of 4/26 to do some additional play-testing and prepare things for Beta testing. I will be emailing the eight people that have expressed interest in being beta testers the week of 4/26 with instructions and additional information.

Beta testing for The Time Machine has begun. If you have expressed interest in being a beta tester but have not received notification and a Dropbox link please email me at billy.tenenbaum@gmail.com.

The beta version of the game consists of 14,965 words which compiles to 17 rooms, 4 characters, and 97 things. However, this doesn’t reflect the true effort since over the course of creating this game almost 38,000 words and code were typed, retyped, and refactored (I only really started working on the game in earnest once ParserComp was announced). 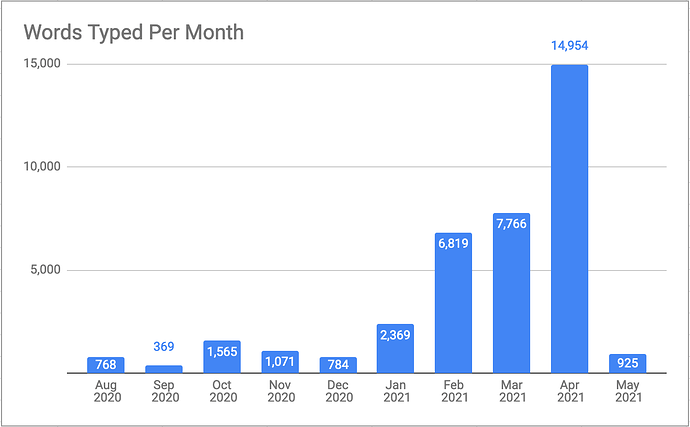 Looking forward to all the beta tester comments and the 6/22 submission date.

Seven of the eight beta testers who expressed interest sent me detailed transcripts and suggestions. I’ve spent the past twenty-one days reviewing those transcripts, making modifications and, I have to say, the game is better for it.

Besides catching the usual spelling and grammar errors (of which there were many), the verb/noun combinations I didn’t think of, and the “You can’t see any such thing” synonym omissions, several people exposed some logical errors that would have compromised the player experience. I am extremely grateful for all the effort that people put in and the timely fashion that they did it in. Beta testing works!

Currently the game consists of 21,790 words (16 rooms, 4 characters, 114 things). Right now I am going through all the descriptions with an eye towards rewriting those that don’t work for clarity and consistency.

I plan on releasing a second beta sometime this week and, while none of the beta testers is obligated to re-play the game, I want to give those who want to the option to do so (the ReadMe for the beta-2 release will contain a detailed list of the things I fixed and the things I didn’t).

Again, I want to thank everyone who took the time to test my first effort at interactive fiction. 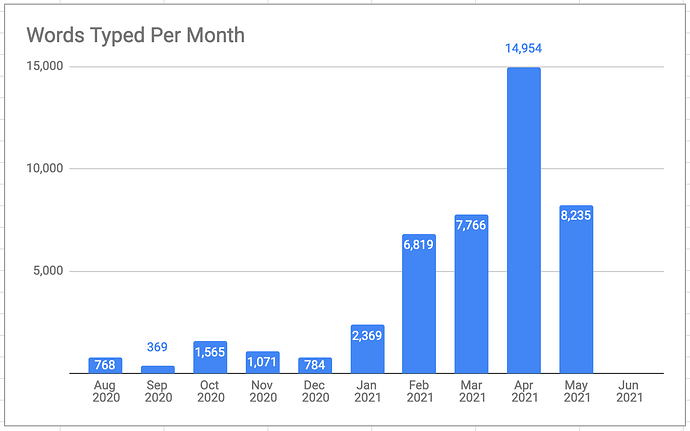 Sorry, I have found that Fabularium isn’t abe to do correct transcriptions.

Not a problem. I’m going to release a second beta sometime this week if you want to give it another shot.

I have notice that Time Macine works fine under Text Fiction. This app additionally create right copy of transcripts. If needed I can create transcript.

The second round of beta testing for The Time Machine has begun.

Since time is short I have asked each tester to not provide another transcript but simple note any specific bugs they find or any suggestions they might have to make the game better. To make their work easier, I have provided an updated ReadMe file that lists issues fixed and issues that still need to be addressed.

Currently I am going through all the descriptions in the game and rewriting those that need clarity. I will also try to address any outstanding issues identified in Beta-1 that degrade mimesis or diminish the mise en scene. Of course, I will triage any issues that come out of Beta-2.

My plan is to upload the game files on June 22nd. 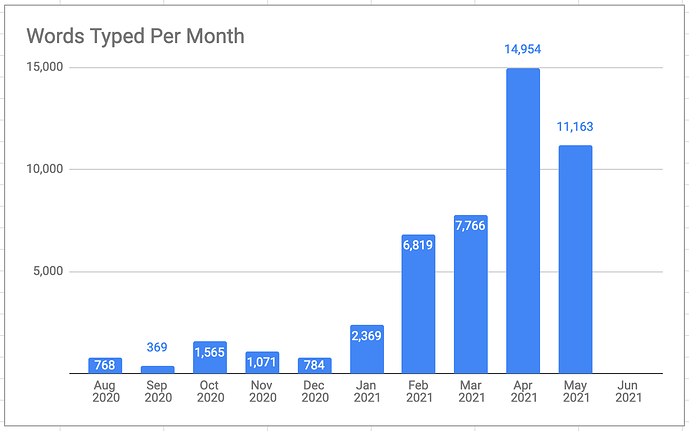 I have finished playing, judging and voting spanish “Rayuela Jam” games. This year there are 19 games about “veil”. The point is that it’s supposed I will have more time to betatest since now.
I really appreciate your patience.

Beta testing for The Time Machine has ended and the game is ready to be submitted to ParserComp 2021. I’m going to spend the next week doing some testing of my own though I must admit that right now I am sick of looking at it.

Thank you to the seven people who took the time to play my game, some more than once. Because of your help I think the game is in as good a shape as it can be at this time.

This latest version of the game consists of 22,963 words which compiles to 15 rooms, 4 characters, and 120 things (I do not know where I lost that one room). This word count comes to about 40% of the 57,477 words I’ve written for this project so far.

I plan on releasing the source code to the game after the competition starts.

Note: I was originally going to release this game using the pseudonym “Billy Tenenbaum” but I changed my mind. I apologize for any confusion this may cause.