Putting a bullet in The Hole Man

Like so many other great things in life, The Hole Man owes its initial inspiration to Homestar Runner. Last year’s Halloween event, where all the cast dressed up as adventure game characters, surprised me with Pom Pom’s costume; he went as The Manhole, itself.

“The Manhole is an adventure game?” I thought. “…Well, hell yeah it is!”

It proved such a stirring reminder of how much I loved The Manhole as a child, I started to wonder if it could be recreated in Twine. A text-based The Manhole? Let’s try it.

The Manhole, obviously, as well as its own inspirations, Alice’s Adventures In Wonderland and Through the Looking Glass. The basic format of journeying through weird worlds populated by non-human people comes from The Far Side— or more specifically Tales From The Far Side, the rarely-seen animated special. The object of the game, meeting the Men and having a mostly one-sided philosophical conversation with them, comes from Akira Kurosawa’s “Dreams”, which gets an even more direct homage in the Go Man sequence.

Each Man was created by simply looking up a word that begins with “man” and reversing it. Mandarin, mango, manhood, mankind, manslaughter, mandrake, manmade, mandrill, manservant, manchild. There isn’t an Ifesto Man or an Icotti Man because those don’t form words on their own, and that would give the game away too quickly!

Once I had my twelve (later cut to ten) Men in mind, I wrote down a few brief thoughts that I felt I could explain better in the form of a conversation, then matched them with the punny name that fit the best, which turned out to be enough of a hook to hang a personality on each one of them with. For the Child Man it was “You never stop being a parent”, for the Slaughter Man it was “Fear is something you’re born with, but horror is taught by your environment”. Some of them got away with the conversation, though, and may not have made my thesis statement as clear as it could be!

The Men each have a specific ethnicity, “like yourself”, which suggests that this Man might have been the real you all along: however, my real hope was that the first Man a player happened upon would actually share their own ethnicity, which would be an extremely lucky guess but would also build on the delirious, reality-blurring feel of the game. (Until the player came to another Man, of course, and realized it was all a big coincidence!)

The first Man I wrote was the Darin’ Man. The urgency of your situation with him (a conversation in midair while falling from a plane) established the pattern of your encounters with Men: the lower your choice on the list of questions you have, the more quickly the Man will get to the point. This is a handy speed run strategy.

It was crucial to me that this world not feel like Middle-Earth or Cimmeria or anything out of place or time. It’s a reflection of the post-industrial world we live in; for that reason, many of the places you go are stores, malls and tourist traps. One of my favorite reviews suggested the game had a theme of “consumer tourism”, which is a brilliant lens through which to revisit the game; myself, I just felt like it wouldn’t be a world we would recognize if everything wasn’t for sale.

Since the object of the game was to meet Men, it put one interesting limitation on the narrative: you couldn’t meet any other humans! Each of the various hub areas is thus defined by its residents.

The downtown area where you start the game is my own downtown, the very unimpressive Fulton Mall in Fresno. You can warp to just about everywhere from the mall itself, but the greater connected world forms two “loops”: the walking loop takes you from the suburbs to the airport, and the riding loop takes you from the trolley, to the subway, to the shuttle bus, back to the mall.

The two major formats for exploration are the “rummage” areas (like the Lost Souls), which encourage you to revisit the same area and see how many results you can get, and the “lift-the-flap” areas (like the monster beach party), where there’s a lot of links you can click that open more and more detail on the page where you are.

The People In Your Neighborhood:

One thing I felt was very important about this world was that everyone needed to feel welcome here. You never meet any “enemies” (besides the Hole Man himself), and everyone you do meet is happy to see you and greets you like an old friend. The “final” ending would ring false if there were anything about this world you were trying to avoid; it had to be a world where everyone likes who you are, except you.

The first people you’re likely to meet in the game are the “Lost Souls”, who are implied to be people who lost their bodies like you did and are still incomplete. This part owes a LOT to the “Moonside” sequence from EarthBound. Did I mention I love Earthbound? I’m total Itoi trash.

The standout friend you make at the mall is the galago, a primate-y thing who works at the tax prep office. If you keep revisiting him between Men, he’ll have more suggestions about places you should see and where to avoid. My friend (and podcast partner!) @bitterkarella has gone by the name “Galago” in past lives, so I borrowed some of her quotes and personality quirks for the galago in this game! He’s not a perfect caricature (Karella is a lot more fun to be around) but mutual friends may recognize some of her affectations.

I was surprised to see people reacting with surprise at how long this game is; I worried it was too short! A lot of things got dummied out to meet the deadline. Most significantly, two whole Men had to be cut.

“Most Endings” Award
Twelve endings is quite a few, but here’s a secret: most of them aren’t really endings! There are ten Men and an ending for each one, but if you really want to see the END end, you have to journey through the game and refuse all ten Men and their offers, and that opens up the last two endings. There’s a “true” ending and also a secret alternate ending that leaves some things in doubt (while not actually contradicting any aspect of the true ending!).

Here’s a walkthrough with no spoilers to get everything:

Where do we go from here?

I have a vague idea for a sequel where you meet Women instead of Men? But a sustained burst of whimsy like this needs some air around it, so you probably won’t see Cosmo McOz or whatever I end up calling it anytime soon. In the meantime, I know most people didn’t get all the endings, so go back and look some more! There’s a lot to experience in The Hole Man— you’ll know you’ve seen it all when you see the title on the end screen change!

Great postmortem! I only played up to the Made Man ending but am tempted to go back and find more endings now.

You mentioned (I think?) that you’re doing a podcast - is it available somewhere? I’m always looking for new IF-related podcasts.

It’s, uh, not precisely IF-related, but please do give us a listen! Karella and I are both newspaper comic strip fanatics (a very rare breed, to be sure), so we started a podcast to talk about how comic strips get adapted to TV and movies! It’s A Special Presentation, or: ALF Will Not Be Seen Tonight! 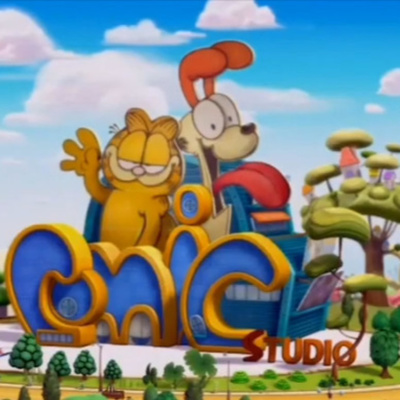 A Special Presentation, or Alf Will Not Be Seen Tonight • A podcast on Anchor

A podcast where two obsessive lovers of 1980s newspaper comics discuss said comics and the 1980s animated specials based on them.

One episode where that actually does come up is the Control-Alt-Delete episode, where we brainstorm a whole new series, “The Gamer Family”. 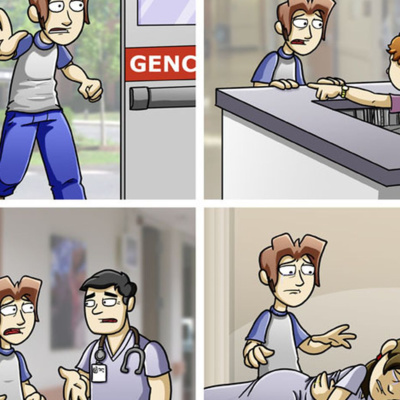 A Special Presentation 32: Control Alt Delete the Web Series by A Special...

Welcome to our 30th EPISODE ahem ahem of A Special Presentation or Alf will Not be Seen Tonight, the podcast where Mike (@bitterkarella) and Ethan (@Gtron) discuss animated specials based on newspaper comic strips. Or, in this case, a web comic....

Sounds interesting! Thanks for the links

Thanks for this! The Hole Man was my favourite game, and I will post a review soon. I played to all twelve endings but didn’t find the surprise one, so I will try again with the instructions above! And the Aged Man sounds great!