Planned to tinker with Stu Galley’s “tech demo” of Douglas Adams sequel to HHGTTG next year, as a bit of homage to both fellas, and couldn’t resist getting a little head start this evening.

Going to do it in ZIL (naturally) and in Z5. No particular specific objective, just flesh it out where possible. I can’t write for toffee but I have a friend who can, and he’s a bit of a Douglas Adams fan, so I’m hoping to cajole him into helping write NPC dialogue.

You can enter Zilf games in the Winter TADS Jam.

Seriously though I wouldn’t enter this in any comps, or “release” it, i’m just going to play around and see if I can flesh out a few sections with maybe some NPC movement and dialogue.

General question… Although this is very much a “fun project” that will likely take far longer than I expect and possibly not even happen at all, it’s been suggested that it might be wise to reach out to the Douglas Adams estate (which I think, after a quick web search, is Curtis Brown). If I do that though, the other half of the coin is also reaching out to Activision and that is a can of worms I want to avoid for various reasons.

If it’s going to get messy i’ll step away (well, I won’t, i’ll just tinker with it privately and just not share it!) It was just something fun to pass the time.

Activision has nothing to share/interfere with late Adams’s estate since the dissolution of Infocom (the IF adaptation rights being exclusive to Infocom, they reverted to the Estate), so IANAL, but I assess that we only have to deal with the Estate.

We generally assume that, but only because Infocom didn’t include HHGG on the Masterpieces CD. There’s no solid evidence.

(the IF adaptation rights being exclusive to Infocom, they reverted to the Estate)

This is not true. Activision acquired Infocom; they would have acquired all its contractual obligations as well as its products. HHGG was included in the 1991 LTOI collection.

More likely (although this is still not known) there was a ten-year contract that expired in 1994.

In any case, the current Activision is several generations removed from the one that did the Infocom deal. They also have had no comment on fan works or Infocom source code since the late 1990s. I’d say that, morally, your only obligation is to the Adams estate.

Unless you are trying to monetize this project, it’s fan-fic and you owe no one an explanation for anything.

Not to be a wet blanket here, but some companies are real buttheads about fan-fic. Activison has been buttheads before, so…

When I said “Activision has had no comment on fan works or Infocom source code since the late 1990s,” I should have been clearer:

In the 1990s, a few people in the IF community reached out to Activision for permission to do Zork fan games. (This was the period when Activision was arranging stuff like IFComp games on the Masterpieces CD, and Whizzard working on ZTUU. So we had some contact info.) At that time, Activision said yes, no problem, go for it.

(I don’t remember which games this was about. Possibly Spiritwrak.)

Activision has since been burned down and acquired/reverse-acquired a couple of times, so we’ve long since lost that contact info. Again, no comment from them at all.

They’ve never had anything to say about the “Infocom drive” or Jason Scott’s source code dump at all. I intend to never ask them directly, mind you.

The fact that all Infocom source code been out in the open for, I guess, 2.5 years, seems to indicate that they don’t persue this that vigorously…

Unless you are trying to monetize this project, it’s fan-fic and you owe no one an explanation for anything.

That’s my understanding from the FNAF community

But Activision and Scott Cawthon (or Steelworks now I guess) could be two different stories!

The fact that all Infocom source code been out in the open for, I guess, 2.5 years, seems to indicate that they don’t persue this that vigorously…

They literally haven’t blinked, or not outwardly anyway. That said I have no wish to provoke them, although if you have seen the news they have far bigger worries at the moment!

I’d say that, morally, your only obligation is to the Adams estate.

I’m good with “morally”, i’ll make the effort to reach out. It occurred that if anything comes of this then it might also be nice to let the Galley family know; just a thought though.

I intend to never ask them [Activision] directly, mind you.

Yep, that’s my mindset too! Let’s not poke the bear.

There’s a little more to explore, not much though just yet, but the rooms are more connected now… 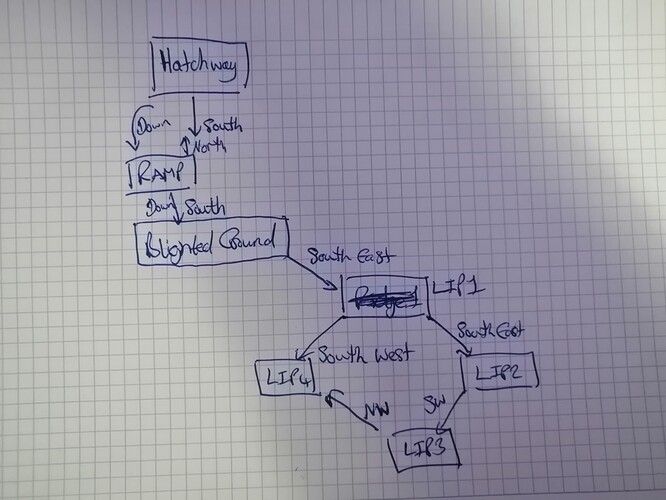 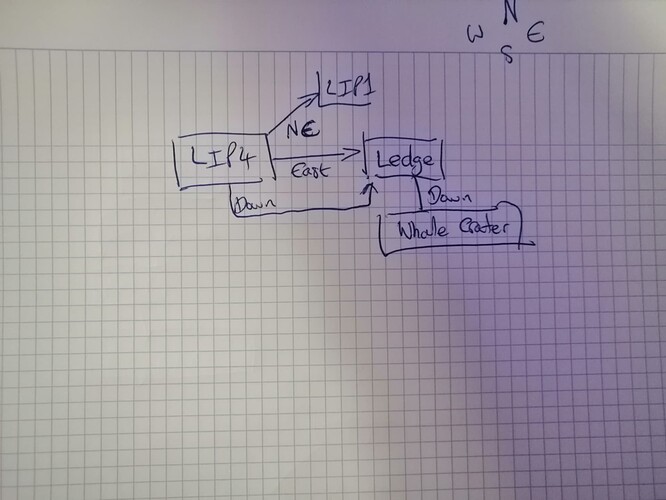 Original game design only got as far as Magrathea apart from a high-level overview.

What this means is that most of the game would have to be designed, so the option is whether to re-design (1) as well and thus jettison any possible Activision infringement, or to keep as much of the original as possible for retroness sake.

This is pretty much it yes, from what I can tell. There are a handful of rooms defined but no routines, directions, extended descriptions etc so the plan is to do that.

When you say “Original game design”, are you referring to the documents in the photo at the bottom of this Strand Games blogpost?:

If not, then do the documents in that Strand Games photo go into greater detail than any other documents or emails that are available elsewhere (such as the info in this Waxy.org blogpost)?

Plot-wise, I’ve been looking purely at the Waxy article and then identifying relevant Objects and Rooms within the source code.

The document in the Strand picture looks like it would be really useful! Don’t suppose it’s shared anywhere as a PDF? Then again I guess at that point I’d be working from the Magnetic Scrolls game rather than Infocom.

You’re missing Ursa Minor Beta, the planet the HHGTTG office is on. It’s where Zaphod’s great-grandfather sends him and Marvin. Then there’s Frogstar B and the Total Perspective Vortex.
There’s a chunk between Magrathea and Milliways you’re neglecting.

There’s a chunk between Magrathea and Milliways you’re neglecting.

That’s interesting, there’s no mention of that in the Bywater plot or the Galley/Meretzky notes. Also nothing in the source code.