A bit long, but hopefully interesting: Here is my Post Scriptum for The Impossible Bottle.

It is indeed very interesting also for those whose language barrier prevents them from fully enjoying the game. Seeing everything you do, and apparently very well, can be intimidating but can also be stimulating and make everyone want to try to do, with their own means and abilities, always a little better.
Isn’t it risky to put the word “impossible” in a title? It may discourage casual players, but it probably stimulates others.

So in the end, the puzzle was perhaps clever on paper, but in practice most players stumbled over the solution way too early. But I tell myself that if just one single player had the intended epiphany, then it was worth the effort.

It worked as intended for me.

I tend to flail about a lot on the east-west axis while having a fairly decent grasp on things in the north-south axis. Putting the “magic exit” on the southern end of the house thus made walking out accidentally much less likely for me. I don’t know if my navigation foibles are typical but I have a hunch they might be.

“Impossible Bottle” is the English word for a model ship erected inside a bottle with a tiny neck. “Impossible” because most observers can’t figure out how the ship was put there.

So there is no ambiguity for an anglophone.

I intended the meaning to be clear (especially together with the cover image), but I also hoped that people might wonder if there was a deeper meaning. So I suppose it could be considered ambiguous in that sense. I’m not a native speaker, so these things are always a bit of a gamble.

I just noticed now that the bottle in the cover art extends beyond the edge of the cover.
Brilliant foreshadowing!

I really enjoyed this post script. While it wasn’t my favorite game in the comp, I am glad it won! The amount of work and clever thinking just puts me in awe.

I am also one of the people who found the end of the table by accident and actually had no idea where I was or why for most of the game and found it annoying every time I stumbled there. For some reason I didn’t find the map on the first floor intuitive (maybe because the houses I grew up in had stairs and doors in different spots). That one is on me, though. I also found hints I wasn’t ready for yet so kudos to looking at changing that system in the future.

I will say, though, that the stegosaurus puzzle was my favorite. I needed hints, but I found it more enjoyable and relevant than the actual bottle puzzles. 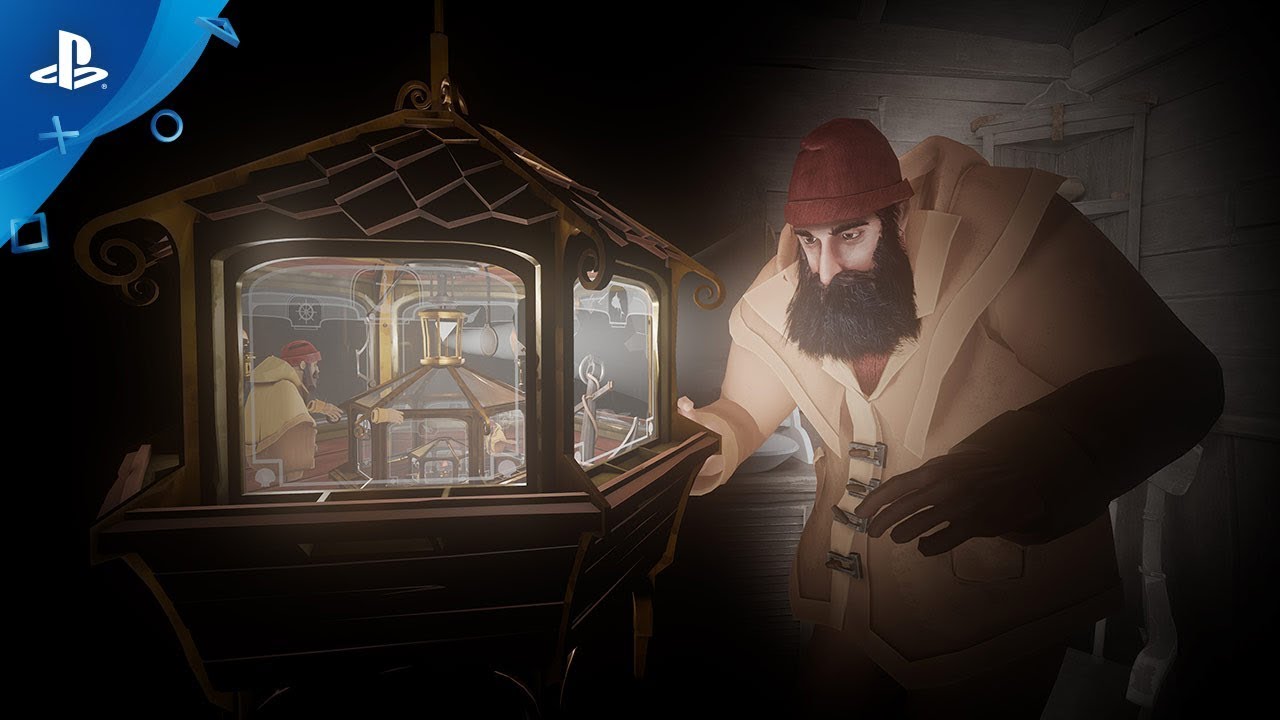 I am curious if you are familiar with “A Fisherman’s Tale”, which uses the same basic gameplay mechanic, except in a VR context?

I just finished playing and really enjoyed the game. I can’t add much to what was already said in the reviews, but I wanted to share one note.

I knew I needed to get inside the bottle to get the candlestick, and since I had very thoroughly explored the house, I felt pretty sure the flowers were there, too.

But I could not figure out the “pièce de résistance” puzzle of how to make myself smaller. The author mentions that many players accidentally stumbled across the hidden exit too early in the game. That was not the case for me. (Ultimately I had to seek hints in the spoiler sections of the reviews to learn about that exit)

When I read the post scriptum, I was really surprised to see the very helpfully-worded clues the author mentioned ("There’s a place you haven’t been”, “If a doll were to walk out of the dollhouse, where would it end up?”, “There’s an unmentioned exit somewhere”). I never saw any of these hints! Instead throughout this part, when I asked for a hint, I kept getting “See what Dad is up to” which didn’t help at all. I wish I had seen these clues, because I feel like I might have been able to find it with those sorts of nudges.

(I did see the earlier hints about my size, and I gave that a lot of thought. I was fixated on trying to move the dollhouse to one of the rooms that are in the dollhouse, so I could reach in and remove myself)

Hi & thanks for the feedback!

This sounds like a bug in the hint system. I think I’ve located your transcript (at least if you played online; otherwise somebody else recently had the same problem). I’ll see if I can figure out what happened.

Lesson learned: This is another strike against automatic hint delivery. It’s nice when it works, but clearly a slight hiccup can have devastating effects on gameplay.

We are currently online community playing this game at CAAD spanish IF club.
Players are surprised in the right way about this adventure: 5/5 stars.
When we finish your work, I will write a feedback.