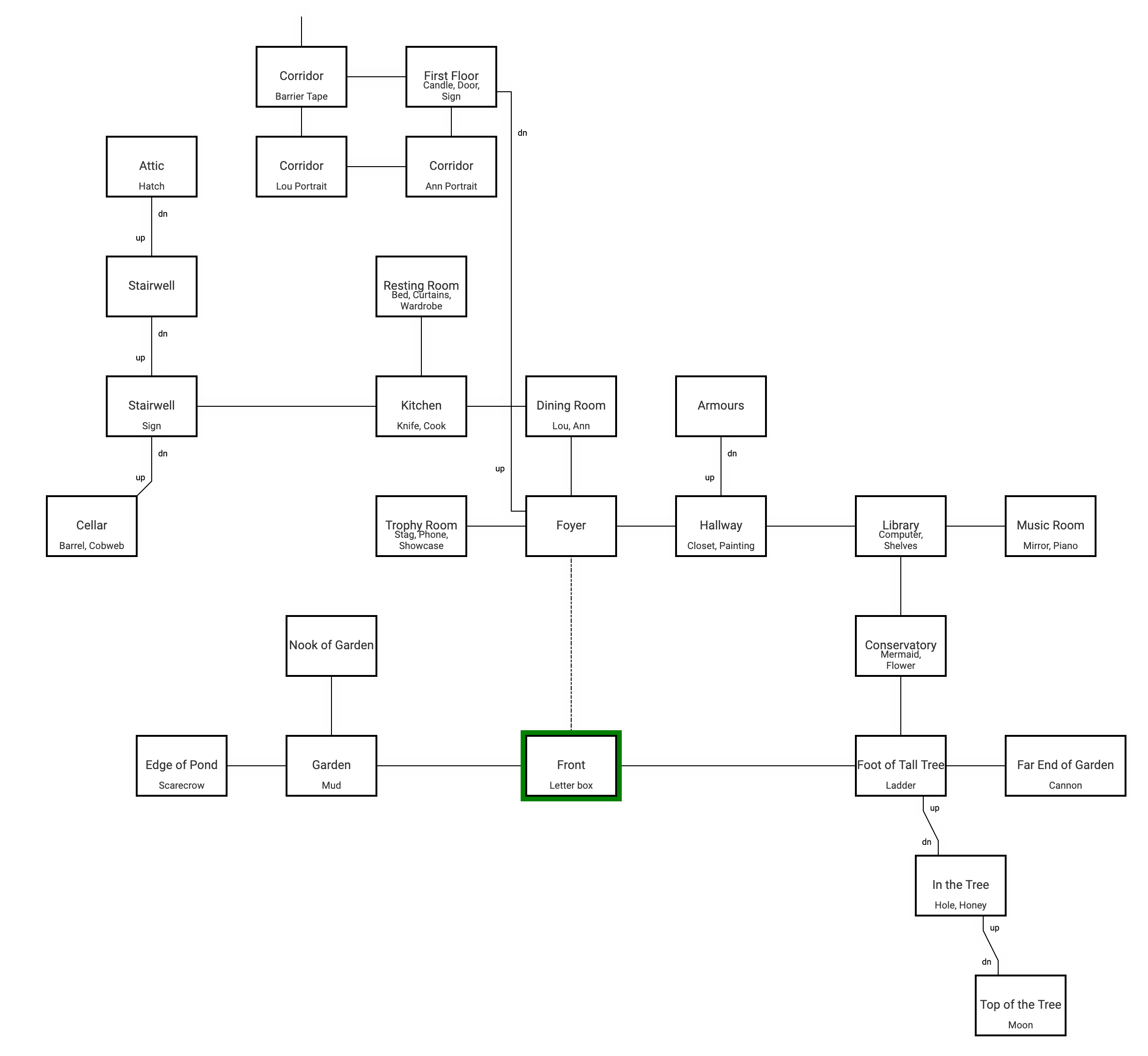 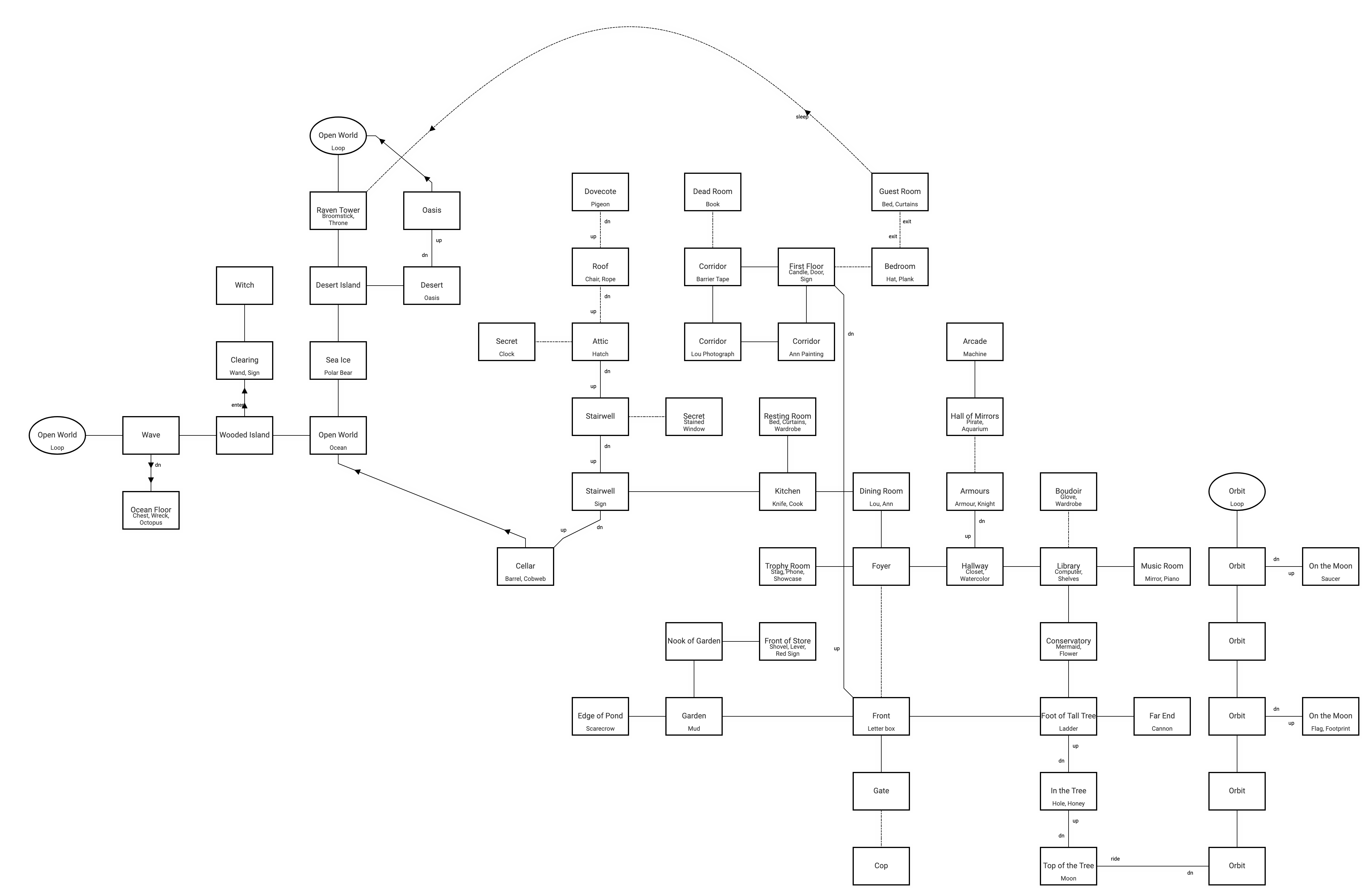 These sections appear in a completable order. If you help the ghosts in this order, all puzzles will be solvable without backtracking.

Ann and Lou in the Dining Room

Scarecrow / Toad at the Edge of the Pond

Alien in the Flying Saucer

Cook in the Kitchen

Octopus in the Wreck

Elderly Pirate in the Hall of Mirrors

Good work, I’ll check it all out!
At a glance, a place south of Front is missing on the map, and also the octopus (entering the wreck).

I’m sorry but I’m still working on the game, and there will be some changes.

Thanks. I’ll take your advice, and make the adjustments.

For the armors and the portraits, how to list and differentiate the two armours, and the two portraits, when I have a verb-noun parser? That’s why I had tinkered with solutions to avoid having to interact with similar objects.
I don’t know how I’m going to do that.

Not being able to reach the ocean directly from the desert felt like being lost in the middle of it, but maybe that’s not a good idea.

For the clock, the verb Set appears in version 1.5.1 in the description: “It’s the clock of time and space, set with respect to International Atomic Time.”; but I can be more explicit.

The cook doesn’t need to leave to have a fire in the fireplace, just give him the plank. I can list the fire, but it is not useful to interact: Light candle.

Perhaps at first the room contains “armours,” but then after you examine the armours there’s a “knight” and “armour” in the room.

For the portraits, consider using synonyms. Perhaps one is a “pastel” and one is a “watercolor.”

Listing the fire is useful because I gave him the plank last (it is the third object the cook asked for) and so I didn’t realize that the fire was still there.

For fire, there are indeed two different images and this is not a good idea! I will correct that.

I wonder if you could submit your map and clues to the solutionarchive website?

I guess I can submit the maps, but how would I submit these Invisiclues as a file? If they’re plain text then it would be too easy to accidentally read a spoiler.

You could base64 them in a hints file (I did this here): 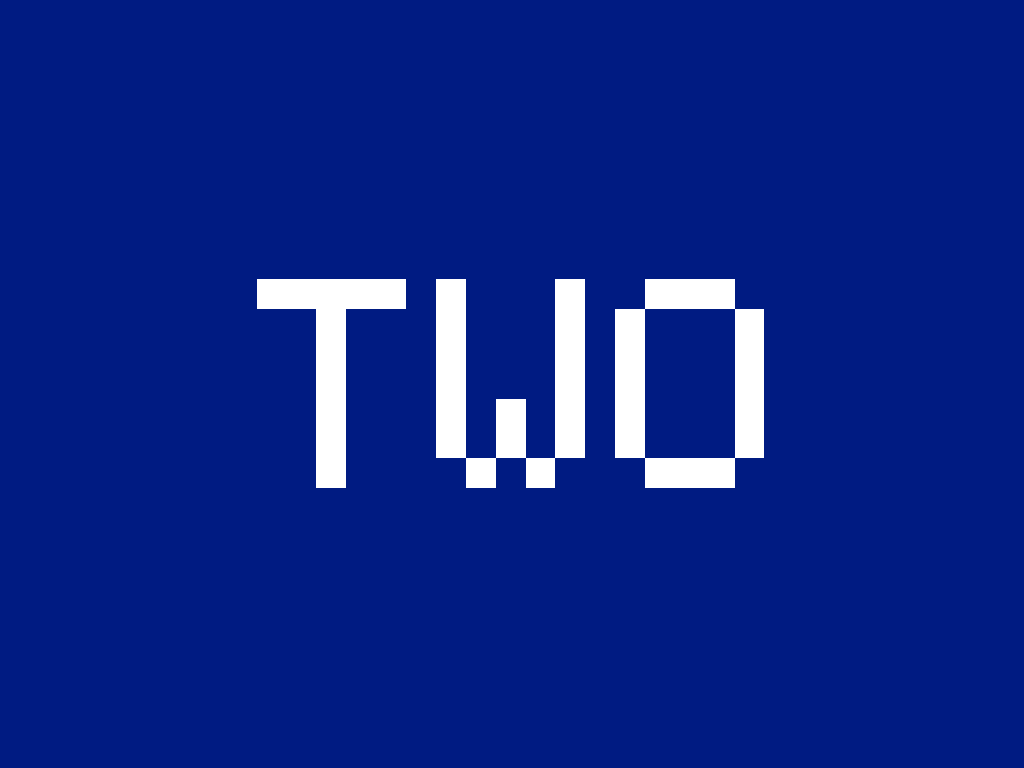 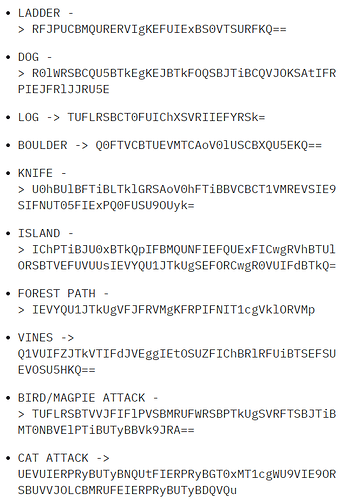 Any kind of (declared) encoding should be fine I would imagine.

I submitted it as rot13, and I’ve updated the clues here to reflect the latest version of the game.

Very cool. Feel free to submit it to the same site. They accept multiple maps (and solutions) for the same game.