Out was inspired by Go West, The Northnorth Passage and other games focused on a single action. It’s also one of those short games, like Pick Up The Phone Booth And Die, where the title doubles up as the walkthrough.
Writing it was an exercise to improve my English, which is far from perfect. The articles are especially tricky (there are no articles in my native language).

At first, the PC was bisexual; there are still traces of it left - X JOGGER (gender-neutral), X MARS, X VENUS (traditional symbols of masculinity and femininity). But then I thought, why be so specific? It can be anything. Hence, the ambiguous coming out scene.

When trying to SING in any location except the penultimate one, the game quotes Put On Your Sunday Clothes from Hello, Dolly!:

Out takes place on Sunday, too.

Here is Zvyozdochka (“Starlet”) mentioned in the AMUSING section: 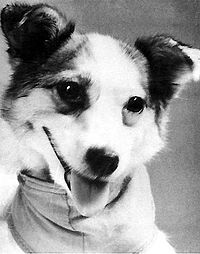 Named by Yuri Gagarin, she was launched into the orbit 18 days before him as a final test and successfully returned to the Earth. Her Vostok 3KA-2 capsule is now on display in my home city (Voronezh) - I like watching it.

“Two moons of Saturn swap their orbits.” - That’s about Janus and Epimetheus.

The alien life form can be found on Proxima b around Alpha Centauri (see the random messages in the Milky Way) - X ALPHA CENTAURI, X PROXIMA B, X LIFE FORM, TALK TO LIFE FORM anywhere after the Solar System.

My favorite line from the transcripts: one of the players discovered that you can issue commands to Alpha - like ALPHA, PLAY DEAD to give a dramatic performance in front of your mom - and then typed this:

Thanks everyone for wonderful reviews!

Your decision to make what the character comes “out” as less specific was inspired. I enjoy both games that help me understand the world from someone else’s perspective, and games that let me play as myself…I feel like “out” lets me do both at once.

I thought so many reviewers got this wrong. Everyone talked about the character ‘coming out’, but he very specifically didn’t. That choice just added to a brilliant game. Also, I thought the English in it was great.

This was the most beautiful coming out scene of any game I’ve ever played, and the only game in the comp that moved me to tears.

I was especially impressed when I typed “X CERES” and it actually worked!

Thanks for writing it and sharing it with us!

Yep, I read it as more of a “you can begin a journey to be or set out to do whatever you want to if you have the confidence to do so.” (Not even the sky’s the limit.) Rather than coming out about something specific, I thought it was left vague for that reason so it could have what ever meaning the player wanted it to. Oh yeah, and remember to walk the dog if you go out. She really enjoys a jaunt around the galaxy before lunch! It was a cool little game, and quite different to most. Glad I got to play it

I have little to say that has not been said before about this short, polished, and compelling game. You ensured that even passing mentions had a description, and I noticed this as your way to inform us (your readers) that you had been working hard in your game. Besides, this is an enjoyable example of environmental storytelling in which the world helps weave the tale being told. Finally, I loved the premise of juxtaposing the debatable usefulness of the player’s actions against a scenery that joyfully offered a glimpse at its secrets—and with the endless strive toward something new, bigger, and vast, as the central narrative of this heart-warming story. Thanks!

I sent this as feedback, but it also kind of reminded me of Nested by Orteil.

My favorite entry I played this year! Thanks for making it.