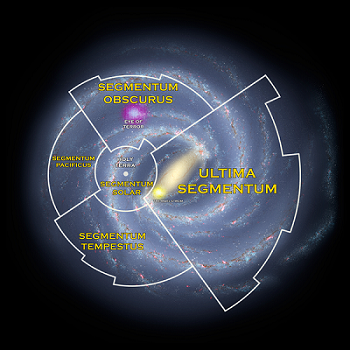 In the grim darkness of the far future there is only war. April Fools joke game. The source code consists almost entirely of the W40K tagline.

I hereby announce the release of “Only War”, an epic text adventure set in the Warhammer 40.000 universe.

The full source code and design notes for the game are also available.

Edit: This was an April Fool’s joke, sorry

. I still think compiling the W40K tagline is an interesting demonstration of the capabilities of Inform 7.

This is amazing! I’ve only played through part of the first story arc, visiting maybe 20-25 locations, but I’m blown away by how fully you’ve realised this world. I think a lot of people wouldn’t dare to set a parser game in a war, because it’s hard to capture the sheer scale, chaos and awfulness of what’s happening; but from what I’ve seen so far, you’ve totally managed to do just that. Can’t wait to see what will happen next in the story, so I’ll be plugging away at that octopus puzzle for the foreseeable future.

I think I found a way to summon the woolly mammoth. It depends on whether or not you are wearing (not carrying) the Neanderthal amulet.

Oh man, this is great, but unfortunately I think I found a bug that really undermines the premise and themes if you encounter it…

I took only war, then realized I could go out, and dropped it in the Warp – so now in the grim darkness of the far future there is nothing!