I am currently developing a new game engine. It has been coded to support Linux, OSX, Windows, iOS, and Android. It also has an editor using Qt5 and will be entirely open-source. I work on this in my spare time, and do not know when it will have a stable release. I will certainly post here again whenever anything substantial is released.

This was programmed from scratch and does not use any parser. I hope to appeal to broader category of gamers. All actions are made with tapping verbs/nouns. No parser, virtual keyboard, or esoteric command verbage. I am concerned those things are barriers to average mobile gamers, though I know nobody here shies away from thumbing away into mobile parsers.

I just need some Android users to test this first beta version. Technical feedback is most important at this stage (report any crashes, bugs, etc.) However, I am very open to feedback on my writing as well, even though I already now my writing skills are lacking (I’m a programmer first and foremost lol).

This example game is called Zombie Survival Benchmark. Playtime will probably be 60-90 minutes if you care to go all the way through, but that’s not necessary to do to test the functionality and feel of the engine. As I said before, critiques of the story/writing isn’t essential at this moment, but it’s definitely welcome. 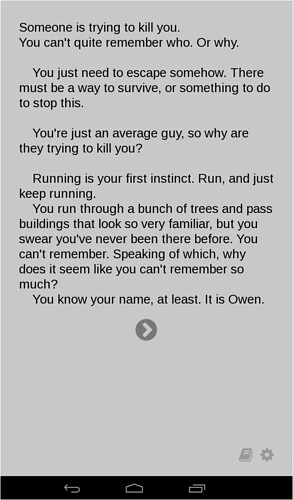 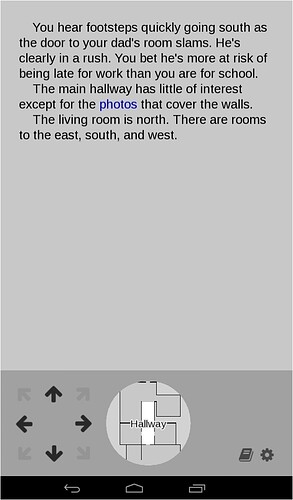 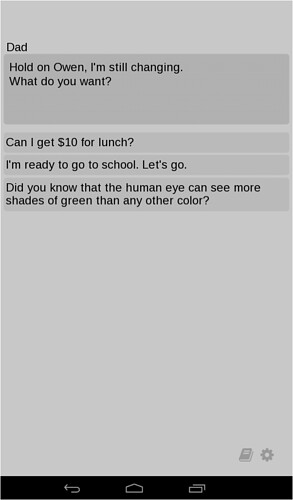 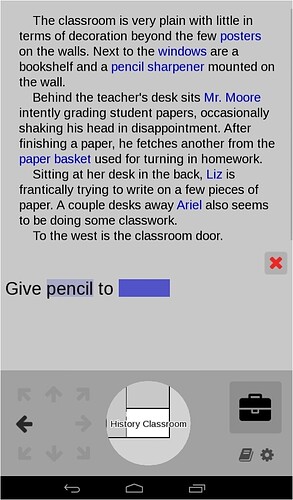 This is a build that requires a device with Android 4.0+ armv7a. This covers the vast majority of Android phones/tablets. If it crashes immediately upon opening, please post the model of your device.

I might have time to try it, but not to play the whole thing.

OK. the APK runs fine on my pad. I found no bugs.

I find games that slowly draw the text really quite irritating. For some people, this adds effect, but not for me. There should, at least, be an option to stop this.

There should be a choice of fonts.

The text itself is rendered slightly clunky. Kerning was wrong in some places. line spacing too much and paragraph spacing too little.

System could benefit from some images.

System shows a lot of promise.

Thanks, just the type of feedback I was looking for.
I already have plans to add an option to adjust dialogue text speed, though I haven’t considered the option to outright remove it.

Adding a few default font options sounds like a good idea too. I’m not sure if the kerning issues are font-related. They could very well be a programming issue, but the differing fonts should help determine that.

It’s important that it reads comfortably, so I’ll perhaps have to take a close look at the other mature IF projects to get a better feel for fonts and spacing.

The text problems could be entirely in the font itself. Try a few others and see if they look better.

I once had an android font problem using roboto. You’d think google would get their own font right. In any case, it was kerning certain pairs wrong. Later, i downloaded a new version that fixed it all.