So for reasons that are not hard to guess, I’m looking into the Mastodon social network. Are there any interactive fiction related instances?

I have no clue, but some post now and then about it on more general ones

Thanks. I have literally no idea how to choose a server to join, so I was hoping to find an obvious one.

I know Zarf just posted his mastodon address in a recent blog post, although I’m only able to follow him through RSS. It looks like he’s saying as much right now.

Personally, I’m on the @gamemaking.social instance, but I barely use the thing yet.

I have an account @zarfeblong@mastodon.gamedev.place. The server timeline is general indie-game dev stuff, but IF topics would fit in.

Thanks! Running into a technical error when trying to register on the gamedev server for now, I’ll try again later.

I would like to see more IF people on Mastodon. I’m already on an instance I like and don’t need an IF specific one but it would be nice to follow more people since I’m using this as an excuse to finally get away from Twitter for good. But to actually answer the question, I’ve seen a lot of specific instances (I’m on one started by a DOS games club) but nothing specific to IF.

EDIT: I guess if everyone is mentioning their accounts I’ll do mine. I’m @MichaelKlamerus@dosgame.club

I’m probably going to leave Twitter sooner than later, but Mastodon is still a bit intimidating to me. It’s one of those things where I could learn it by myself, but I’d be grateful if people helped me with a quicker learning curve than I had for twitter.

Anyone have recommendations for/links to a good tutorial?

Same here when I started in the early stages. Here is link to a guide on it. 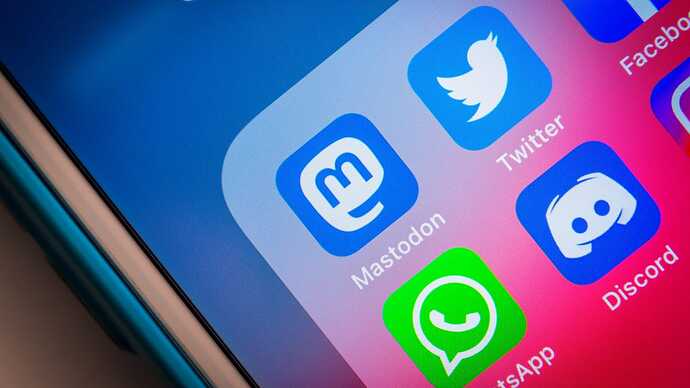 There are many similarities between the two—except that Mastodon feels like a nice place to be.

If you have any questions, give me holler at caranmegil@mastodon.social

I think Twitter was handled poorly by plutocrats before, so I don’t expect much change. I like the feel of a wife open space where you can get the pulse of the world (even if it’s fake and mean towards me and a lot of people I know), so closed-off mastodon spaces don’t appeal to me.

You should definitely expect changes. If nothing else, Musk has already dissolved the executive board and installed himself in their place, so any high-level continuity in decision-making is already broken.

He’s roundly expected to cut at least 25% of the company’s workforce — though Musk himself has previously said he’s looking to cut anywhere from 50–75%. That’s likely to translate into much less moderation and more technical issues, which will naturally impact user experience and functionality.

According to recent news reports, an early initiative is revamping the verification system to tie it more closely to the premium service, effectively putting a $20/month price tag on having a check mark. That’s likely to price out most journalists, which will mean an increase in passable spoof accounts and a commensurate growth in disinformation. The fact that Musk himself has been posting conspiracy theories since the sale suggests how much he cares about fixing that.

Overall, the fact is that Musk and his investors paid $44bil for a service that isn’t currently geared to recoup that cost for decades, was already hemorrhaging celebrity accounts and is now losing major advertisers as well. He’ll be looking to cut costs anywhere possible and squeeze extra money out at every margin. And while he doesn’t have a board breather down his neck, he does have other investors to satisfy, most notably members of the Saudi royal family and the kingdom of Qatar, who aren’t typically known for respecting civil rights.

In short, there are good reasons for expecting Twitter to develop in unsavory directions in the coming years.

Calling the post a hissy fit seems unkind to me - Zarf laid out his reasons pretty clearly, I thought, and having an emotional response to something you like becoming associated with someone you really don’t is entirely reasonable to me.

With that said, I’m not on Twitter - the only social network I liked was the late unlamented Google Buzz, because nobody was on it - but here’s what I’ve seen people say as the reasons they’re leaving:

Notably, none of this has much of anything to do with “the democratic exchange of ideas,” except for the point about Musk-Twitter becoming structurally friendlier to government attempts to repress speech.

but none of the reasons I could come up with are very flattering to someone who supports the democratic exchange of ideas.

You’re operating on wildly inaccurate assumptions if you believe that when I log into Twitter, I’m doing that in order to have ‘the democratic exchange of ideas’.

When I log in to Twitter, it is to read what people that I find interesting (and whom I have hand-selected to follow) have to say about a very select set of topics. I loved Google Plus, because it allowed you to put people in circles, so that you could share interactive fiction posts with your interactive fiction friends, philosophy posts with your philosophy friends, and so on, just like you would in real life conversations. Not only doesn’t Twitter allow you to do that, it is also specifically engineered to show me posts by people that I do not follow, and in fact, preferably those posts that are maximally likely to induce feelings of contempt, rage, or anxiety (because that’s what gets people posting; there’s a good discussion of this in the book Stolen Focus, which I highly recommend). There’s nothing healthy about that, and I had already more or less quit twitter. It coming into the hands of a deeply foolish troll who is presumably going to give even more free reign to loud-mouthed disruptors of the conversations I’m actually interested in having is a final push away from it.

I just don’t understand the ‘what about free speech’, ‘what about the democratic exchange of ideas’ line of thought. It is based on the assumption that social media ought to take the place of political debates, the opinion pages of the newspaper, and so on. I have 0 investment in that idea. I got on Twitter to talk about interactive fiction and philosophy with people who are knowledgable about those two topics. I’m not there to read the non-curated opinion section of a weird global newspaper.

(I could add that Twitter is absolutely terrible at the exchange of ideas. If you want two people with different ideas to come to understand each other’s positions better, then Twitter is approximately the worst medium to put them on. I’m willing to bet that semaphore flags would work better.)

To add on, I’ve enjoyed Andy Borowitz making the best of the Elon Musk’s takeover of Twitter. I think we can see from Musk’s early tweets that he, well, likes the attention he’s getting. Like, really.

I agree roughly with Victor, but I’d just like to add that I spent a while curating my experience on Twitter to see what I wanted. It took me a while to see what was fake or real, whether I agree with it or not. It took time to find really good accounts and learn how to block them. Yes, it was useful to learn that some accounts were out there for attention, including ones that seemed to express my political beliefs louder than I did. But I don’t want to have to learn again, and I’d like others to have the chance to learn quicker!

The “democratic exchange of ideas” Elon Musk envisions is more like making it easier to force views on people who’ve already said no.

I see Elon Musk’s vision of free speech is like a restaurant where I don’t order meat suddenly saying “Oh, you should order something with meat in it, be open to new things” once I’ve tried all the vegetarian options.

An example that applies more to me is college sports. There are a lot of really good Purdue sports accounts on twitter. It’s neat to see Purdue players pop up in my feed. I don’t follow them, because I don’t want daily updates, but I follow enough people that follow them, that Twitter recommends their more substantial tweets e.g. when a Purdue player stands up for a friend on the Ohio State team who is being racially abused by–sadly, “pro-free speech” twitter users–and mentions Purdue fans do it too.

I’d be upset if Twitter said “Oh hey here are Notre Dame players you should pay attention to or you are closed-minded” repeatedly and invasively.

And this is only about sports. When it comes to spreading lies, I don’t want an algorithm that ignores them or gives them credit, or a moderation team that is slow to cut disproven statements off.

People also use twitter to organize politically/peacefully. Musk’s initial comments make it pretty clear he’s not going to crack down on trolls who disrupt this, e.g. “free speech” and “listen to everybody.”

I see Elon Musk’s vision of free speech is like a restaurant where I don’t order meat suddenly saying “Oh, you should order something with meat in it, be open to new things” once I’ve tried all the vegetarian options.

I see it as a little darker than that. Elon Musk’s version of free speech is okay with users questioning a vegetarian’s right to eat at the restaurant at all. In that view, the free exchange of ideas must include entertaining the idea that you’re not a worthy human being at all.

Twitter was already a little bit like this: you peacefully order a vegetarian dish, and then twenty other guest you’ve never met come to your table to scream: “You’re one of those woke bastards that wants me to eat tofu all day, right?!” With Musk, it’s like the owner of the restaurant will come to watch the scene, nod sagely, and say “We’re having a great democratic exchange of ideas. Carry on!”

(And I just came to the restaurant to enjoy some curry and talk to my friends.)

In fact, Twitter is even worse than that, because unless you’re particularly saintly you frequently find yourself standing at someone else’s table, screaming at a third person, even though you never planned to engage in that kind of behaviour at all!

none of the reasons I could come up with are very flattering to someone who supports the democratic exchange of ideas.

The rest of your post isn’t very flattering either, so it’s sort of a theme.

Setting aside the very real issues with the signal-to-noise ratio on Twitter: I have no civic or ethical duty to hang out with internet randos that don’t interest me. I don’t owe anyone on Twitter my time. Though there are always edge cases, I struggle to imagine someone who would have such an obligation.

I’ve made a Mastodon account and am trying to get in the habit of checking it. I can be found here: @golmac@mastodon.gamedev.place