Layers of Fear was a surprising entry into the “walking simulator” horror genre about a painter in the end-stages of losing his mind after losing literally everything else and the player experienced his psychedelic non-Euclidean spiral into utter madness as his house and his work shifted into a nightmarish dreamscape around him. Although there are multiple endings, the “bad” ending was probably my favorite as the most disturbingly appropriate: After finally completing the progressively more ghoulish portrait of his wife and muse who was hideously mutilated in a fire, the artist hurls the canvas into a room filled with hundreds of exact duplicates of the same painting…this isn’t the first time he has experienced this torturous cycle of punishment and regret and won’t be the last… 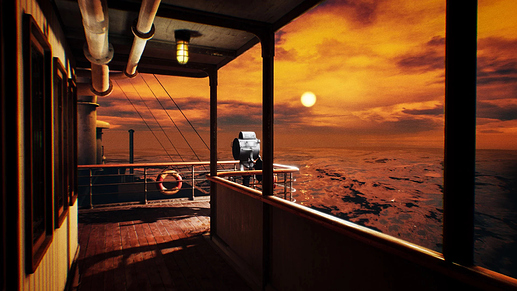 image.jpg1920×1080 682 KB
The sequel is set aboard a cruise ship and follows the same general self-discovery format, only using the milieu of cinema to tell the story. My one major issue is in the first game you knew you were the painter/artist/madman. Here it’s not spelled out so explicitly at first whether you are an actor or the director (or the editor?) of this production at sea since the “memory palace” you begin each act in contains both makeup mirrors and film equipment and a chalkboard about “finding the character” and there are slightly confusing references about tearing a person apart to rebuild them. 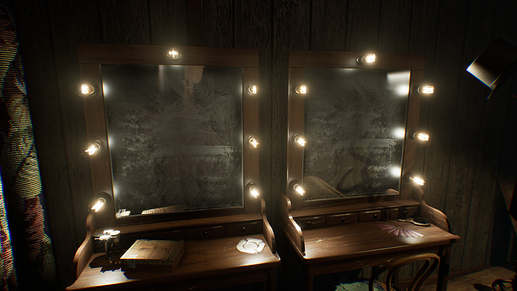 image.jpg2560×1440 764 KB
Although there are some simple puzzles, they aren’t so much meant to bend your mind as they are to make you slow your walk and spend some time in a location looking for the combination you need (indiscreetly written on a wall nearby) or some symbolic objects you have to collect to progress. The ship contains hundreds of doors and cabinets that would seem to offer vast avenues for exploration, but this is truly a linear experience (just like the first game) as every door except the actual way forward will be locked, and interactable cabinets and drawers usually contain nothing, or a bit of printed scrap to read or a 3D object to examine, usually with some narration in the background (the writers love rhyming couplets) that might have something to do with the artifact. 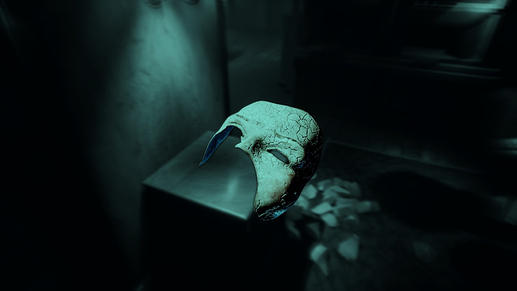 image.jpg1920×1080 170 KB
Being linear in this case is probably a good thing. As in the original game, doors are invariably locked behind you except when you need to backtrack to notice something has changed, or the route has completely reconfigured in ways that make no physical sense but add to the sanity-slippage feeling. You don’t often know where you’re going or where you’ve come from or where you are or what you’re looking at, but the game keeps you on track through miles and miles of craziness. 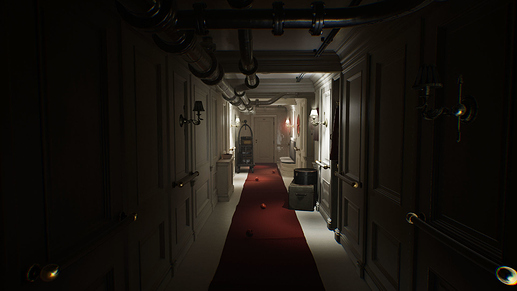 image.jpg1920×1080 180 KB
New to the sequel are chase sequences, including some disappointing insta-death “make sure you don’t turn left there” learn-by-dying situations. Being chased and overtaken is effective the first time, and the checkpointing is thorough and fair, but being killed by the same chase-monster stops being scary about the third time. With the whole movie-production motif, I am really surprised they didn’t more suitably frame this as having the omnipresent director yell “cut” and make you do the take again, which makes more sense than actually dying and rewinding a bit. 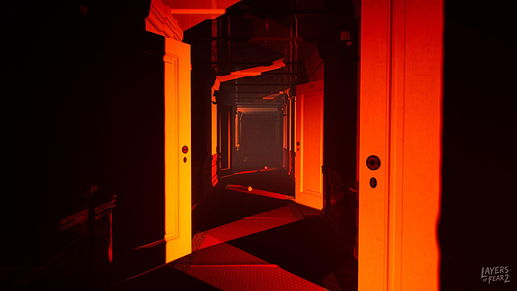 image.jpg1920×1080 274 KB
The game makes a little more sense if you understand the gravel-voiced Tony Todd is the director you keep hearing. Yes, this game is narrated by The Candyman. 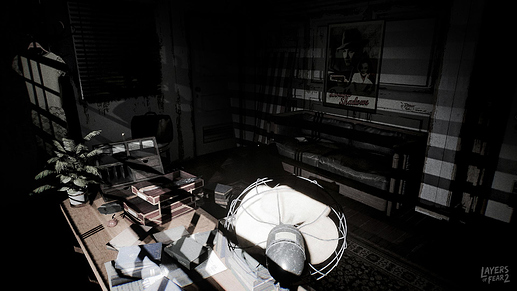 image.jpg1920×1080 389 KB
Whether you like this or not will probably depend on if you’re up for a (very good) “walking simulator” with occasional puzzles and a few quasi-stealth segments. There are three endings with a couple decision points, but you probably won’t even realize when they happen. This game is best if you turn off your brain, settle in for a slow-burn haunted-attraction journey that takes the first two of about five hours to get a full head of steam, and just go along with it for the experience of jaw-dropping visuals, surreal imagery, and complete mind-fuckery. The graphics are stunning - corridors of the boat are almost photorealistic, all the better to point up the progressively spectacular ruin that takes place. And holy cow does this take you to the moon and back, in and out of black and white and sepia and color, changing perspective and gravity and looping time… 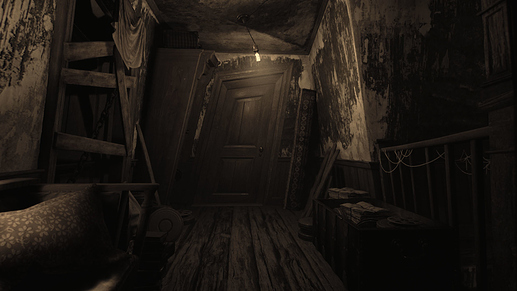 image.jpg1920×1080 227 KB
There are some extremely twisted homages to classic films such as A Night to Remember, Metropolis, Psycho, The Wizard of Oz… and more. Most of these are subtle and will make you go “Aha!” if you notice them, but the devs apparently love Stanley Kubrick’s 1980 The Shining which is anachronistically referenced subtly at least three times, and blatantly right at the beginning.

I was bewildered most of the time, but I appreciated the truly gorgeous attention to detail and thought that went into the experience. Not everyone will enjoy this splendid and flawed work of artistic madness, but it’s well worth a play if you’re in the right frame of mind and have the patience for it. 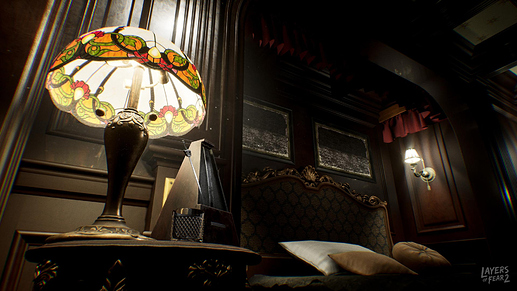