This year the deadline for emitting your votes is different for the English competition. Because of the sheer amount of games presented in English, 36 games (we are now at the same level as IFComp 2013! madness!), you have one more week to vote.

For French and Spanish, the voting period ends in just TWO days. There’s still time to participate as a judge! The number of games there is more manageable.

So, returning to the English games. the deadline is the 20th of November, the day included. Just one more week.

Right now there are 256 ratings. The game with more votes has 16, but there are around 15 games with fewer than 6 votes. Even one with only 2 votes. So it is time to make an effort and go for them. You can use the following link to see the games in more need of voting: 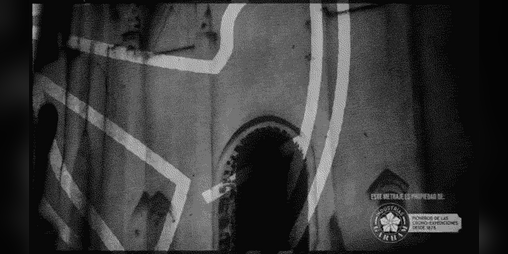 I hope you are having fun on these last days of the event, and I’m gathering ideas for the next year’s spooky competition.

How does this work? Do I just give the game a rating out of five stars? And, if I do, does that become a public rating for the game?

I’m new to this, so any help welcome!

[sorry, still getting used to the forums formatting!]

And, if I do, does that become a public rating for the game?

The rating you give to a game on the competition’s page is separate from the public rating (so it’s recommended you do both).

If you leave a “review” when you rate a game, the only time the reviewer will see it is if you put the game in a collection, and the developer can only really see it privately (as far as I’ve understood from 4 years on itch.io). If you want to leave a public review or your thoughts, that’s what the comments are for!

Oh, so when I’m rating a game from the ECTOCOMP collection, it’s not going to affect the game’s overall rating on itch.io? That’s good to know.

Oh, so when I’m rating a game from the ECTOCOMP collection, it’s not going to affect the game’s overall rating on itch.io?

Nope, it doesn’t! My Ectocomp entry has like, three ratings for the competition and only one public rating. The competition ratings won’t affect the public star rating of my game. So, rate to your heart’s content!

Thanks for giving us through next weekend to get through the entries. It’s something I really want to do, but there’s IFComp, and the huge rush near the end to review as much as I can.

I’ve already reviewed a few entries, but I want to do more.

Overall I also encourage leaving comments for bug reports! One reason I haven’t hung around here much is that I’m spiffing up post-comp versions of what I have, and that’s been helped by people leaving comments on itch or on github.

It’s great to see a lot of review threads, and I’d like to drop by with my own, but I’ve found itch extremely effective for getting me to make fixes, small and big. Just having a bug fixed, small or big, helps me get on with my day.

If all of you feel free like you need more time, just say so.

Thanks a lot to all the people who contributed to filling the games at IFDB.

By the way, question for other entrants: are you guys submitting ratings for other games, or skipping? I have a Petite Mort game, and I’ve also played and reviewed most of the other games (and plan on finishing all of them in the next day or two). I could rate all of them on itch, but since some only have 3-4 ratings, it might have an oversized effect. What are you guys planning on doing, and what as authors would you like other authors to do?

Personally I’ve been rating all the ones I played. I figure there are few enough ratings, and it’s a casual enough competition, that the benefit of having more feedback outweighs the potential drawback of authors affecting each others’ scores. And I definitely care what other authors think of my work!

I’ve been rating them. I get why some comps discourage that, but does anyone seriously want to win so badly that they’d downvote other people’s games? I can’t really imagine it.

We’re a little low on votes over there. I say go ahead, Brian.

If all of you feel free like you need more time, just say so.

Having next weekend should be good enough for me! After all, the games are supposed to be short. It’s more about having any dedicated block of time to go through things.

I have my daily notifications where the browser brings up the Ectocomp front page.

As for ratings? I’ve been rating everything except what I wrote and tested. I think this also sets a nice precedent–if those authors who are in the comp rate games, we’re probably more likely to do so when we’re not, helping keep it robust.

I’ve been rating the games I’ve played too, for the reasons everyone else said. More votes is a good thing!

…if those authors who are in the comp rate games, we’re probably more likely to do so when we’re not, helping keep it robust.

Could not agree more. Also, if total submissions seem to be on the rise for comps and jams across the board, then total engagement may need to increase as well to continue encouraging new and current authors to remain as future authors.

I’ve been rating stuff because games in Ectocomp tend to get so few ratings – if all the entrants abstained, I feel like a lot of games would languish with no ratings at all for much longer.

Definitively all entrants should play, vote and give feedback to other entrants.

That’s the spirit of this competition.

Yeah I’ve been playing and rating as many as I can!