A while back, Ken Williams (of Sierra) announced working on a new game.
While the official website’s timer has one more hour to go, IGN reports it is a 3D remake of Collosal Cave Adventure, with VR support: 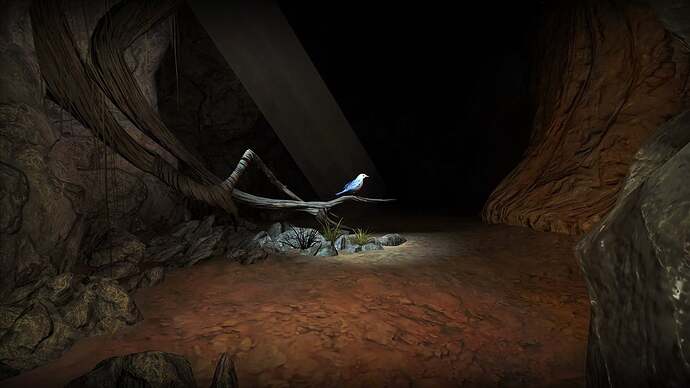 Ken and Roberta Williams, the pioneer adventure game duo who founded Sierra On-Line and created the King's Quest series, are remaking Colossal Cave Adventure as their first new project in more than 20 years.

The article makes no mention of Will Crowther or Don Woods.

“While locked down by the pandemic I wrote a book about the old Sierra days. Its success surprised me and brought back many memories of our days making games. This led me to investigating how modern games are made and I just started coding using the Unity game engine for fun,” Ken Williams said in a statement.
“I was looking for something interesting to code when Roberta suggested Colossal Cave. Roberta started to work adapting it to 3D, and I assembled a team. As we dug deeper and deeper into the game we discovered layers of complexity that explain why the game became such an industry phenomena. It has action elements, humor, a scoring system, adventure elements, interesting characters, a huge world to explore and more. This is truly a game that will delight a new generation, and 100% different than anything I’ve seen in the market today.”

Very cool, thanks for sharing.

The article makes no mention of Will Crowther or Don Woods.

I can’t prove it, but I get the impression that Mr. Crowther would rather be remembered for his contributions to the ARPAnet than Colossal Cave Adventure.

The press release make it seem as if they haven’t really paid much attention to the game before, if they only discovered its “complexities” once they started working on the project. It’s a bit of an odd “stuck in the past” approach, but for project that started for fun, I can’t fault it.

I don’t think Ken caught the bug at the time, so there would be plenty of complexities for him to discover. For that matter, it would likely look different to Roberta after her own experiences with game development.

If the thing makes money, I would hope Woods and Crowther get their share.

It doesn’t sound like my kind of thing, but I will have to follow regardless and I certainly wish the Williams luck.

Some rando with an IF blog has insightful comments:

We think of Colossal Cave as a cave simulation, but so much of its charm is wordplay. The giant clam that turns out to be a misnamed oyster. The maze rooms that are distinguished by sentence structure. The insight that the graffito “FEE FIE FOE FOO” is four typable magic words. The dragon’s yes-and.

In a graphical environment, how do we render the confusing exits of Witt’s End? How do we show that your inventory matters in the Tight Squeeze? Can you really not move around in the dark?

It’s worth reading the whole thing.

And also a couple of shots of Ken and Roberta at the GDC Premiere: 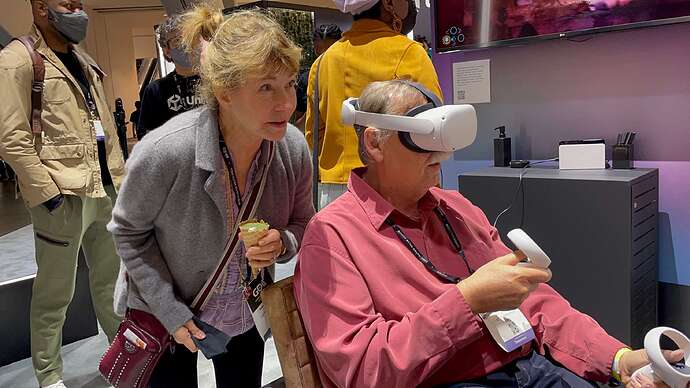 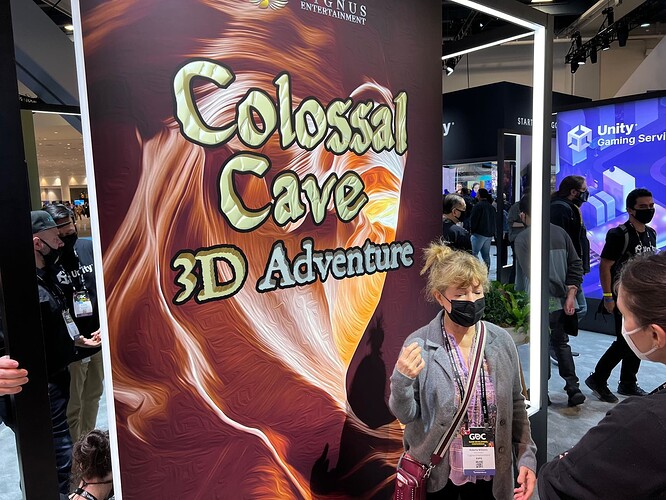 Some rando with an IF blog…

Designer and Sierra On-Line co-founder Roberta Williams shares how Adventure inspired her own career in creating/designing the King’s Quest and Phantasmagoria series as well as her newest work: Colossal Cave 3D Adventure, a reimagined version of the...

Since we’re sharing links, I can also recommend the Space Quest Historian’s video interview with the team: