Threading is working correctly during ‘make check’ (the thread count is varying based on the parallelism needed - 4, 6 all the way up to 16)

Completed all tests in about 12 minutes. 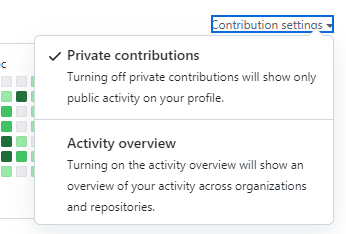 Wonderful! It’s cool 1) to see the post get this many likes and 2) to see so many people who haven’t posted for a while dropping a line.

Thanks for all your work over the years, and thanks for updating us on future plans.

Now I find myself curious why Inform 7 has code to calculate the dates for the religious observance of Pascha.

seems to be the largest “literate program” ever completed

the ability to have Inform compile its natural-language source down to C code: this in turn can then be compiled by clang or gcc to a stand-alone executable, or to code which can be linked into Unity projects, iOS apps or similar

When I took CS 101 maaaany years ago, writing a program to calculate the date of Easter was one of the first assignments, so it could be in there as a sort of test case and/or in-joke?

I believe the IDE also displays a literal Easter Egg on Easter, so that may be why.

Now I find myself curious why Inform 7 has code to calculate the dates for the religious observance of Pascha.

So that the IDE can display a (literal) Easter egg on Easter every year. (It also has a tree ornament for Christmas.) Edit: Ninja’d by Mathbrush!

I may be asking a stupid question here, but after (the frankly overwrought process of) building it, how do you assemble it into a working package? As in, what file(s) goes in what directory where to get the thing to work?

Congratulations to all involved!

Inform is a unique thing in the world in many ways, and it’s great to see it fully released and on such a firm new foundation.

how do you assemble it into a working package? As in, what file(s) goes in what directory where to get the thing to work?

It doesn’t go in a package.

That is, it will eventually go into the IDE package. But I don’t think it will work there until the IDEs are updated in a couple of weeks.

If you want to run it manually (on the command line), the easiest path is to run one of the tests and look at the commands that are generated.

I just skimmed through a bunch of the code.

He’s the other Lord Nelson… Nelson of Inform.

Perhaps is the first post here on intfiction.org, but he was on its precedessor, the USENET newsgroup rec.arts.int-fiction since 1993…

Oh, BTW, because I track these sorts of things … it’s neat to see 200+ stars for the repo after it being up just 12 hours. I was scrolling through who gave stars, and it was cool to see some familiar names, and it was also nice to see, by the time I got to the end of the list, the # of stars had increased by 1.

Welcome to our community, Graham Nelson!

For the record, this isn’t Graham Nelson’s first post on the forum - he had an account previously: Profile - Graham_Nelson - The Interactive Fiction Community Forum

Anyway, this is very exciting and long-awaited news! A while ago I was expressing skepticism that this would ever happen at all, so I should acknowledge that I was wrong. It’s happening now, and I don’t doubt it will prove to be worth the wait.

I’ve been clicking around in the websites generated by inweb, which look quite nice. As far as I’ve heard this is the first time a literate programming system’s primary target has been a website rather than a PDF or (notionally) printed document. That seems like a logical step and in line with how these documents will practically be used.

As gauche as it might be to start right in complaining again, it seems that the woven sites aren’t mobile friendly. That should be fairly easy to address.

And Graham’s old and new accounts have now been merged. Looks like the “This is the first time Graham Nelson has posted” message will still stay though.

since my last post, I have DL the three archives, decompressed it in the newfangled if/eng/inf7 directory, checked the compiling documentantion, and finally compiled… and compiled all those WIP (stale since 2019-20).

only a minor issue and a major:

the font character styles seems to not working anymore, e.g.

Danger don’t appear in boldface; tested with both gargoyle git and glulxe, and I’m sure isn’t a 'terp error, because the 9.3/6M62 compiled story files show the bold correctly in both 'terps; of course the issue is also on the italic style.

Anyone who wants to try it now and not compile manually or wait for the IDEs, the new compiler is installed to Borogove where you can run it online (borogove.app). The default compiler is still 6M62 but it can be changed in the Settings tab.

As you might expect, the installation is a bit of a rush job but it’ll improve after I get a better grasp of how the new system works. Expect some intermittent downtime in the next few days. If there are any compilation problems they might be on Borogove’s end so I suggest refraining from reporting them to the Inform bug tracker unless it’s clear that it’s a language issue or it’s confirmed with an offline compiler.

I was just thinking yesterday, “Sure would be cool if Inform was open-sourced sometime soon,” since I knew it was in the works. But actually seeing it was a lovely surprise