Jason Scott has posted a bunch of Infocom source code on GitHub. It’s ZIL, of course. It evidently comes from the legendary “Infocom drive”, a late backup taken by some Infocom employee–I’ve long assumed Steve Meretzky.
I asked Jason for these files a few years ago, but he said no. I’m so glad he’s changed his mind. Make sure to get your copy before the corporations wake up!

Wow! OK. Grabbed everything. And countless others probably did too. Even if this is taken down, it won’t matter. It’s now out there, forever.

Use this command (linux) to pull them all down in one swell foop:

There is more here than just source code. For example, this file appears to be a record of all the bugs they ever fixed in released versions of The Witness.

These are Scribe files, if anyone is wondering.

We have a competition running, about 6 weeks left to run, and with the “gift from the Gods” in the form of the original ZIL code for Infocom games being shared now by Jason Scott it’s a great time to give it a go!

This is great. It should help clear up some confusion I’ve had about the design of Infocom games.

I hope to incorporate some of it my blog posts.

There are design notes for a number of the games. I see that Cutthroats was envisioned with 7 different shipwrecks, and Wishbringer had an early working title of Devilstone.

archived also here (on every HD attached to every Machine…). I remember when the “Infocom Drive” surfaces, and together with Zarf and many other r.a.i.f. denizens we chatted with that employee…

Now, I guess that everyone is more or less in the “contemplating the Scriptures of the First Imps” phase, and there’s also efforts in bringing the sources compilable with ZILF 0.8, but I think that the quantity of code is more than enough to allow the reciprocal, that is, bringing ZILF and ZAPF to 100% compatibility with ZILCH and ZAP.

A thing more useful to historian, is that Jason ought to upload also the earlier versions of the source code, allowing a more in-depth analysis of these Relics.

Incidentally, I noted that the sources are consistent with the Infocom fact sheet, and I’m more than confident that mirroring the existing early releases sources, coupled with the consolidated infocom bug list, will enable the building of a more or less definite history of Infocom development.

A thing more useful to historian, is that Jason ought to upload also the earlier versions of the source code, allowing a more in-depth analysis of these Relics.

Unless I’ve misunderstood something, all versions are included in the Github repositories, with newer revisions as commits on top of the older, as explained by Jason Scott in this tweet: 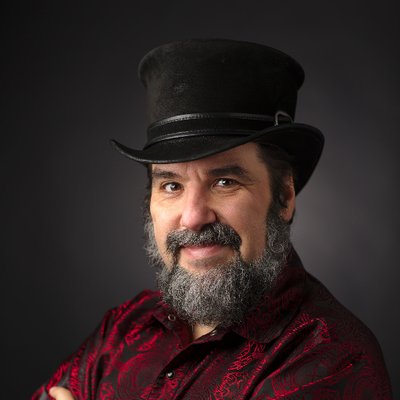 In cases where the source code had multiple revisions, and I don't know the story of what revisions came when and came why, I did a reasonable job of layering them out (this came before that, that came after that) and doing multiple "check-ins" of the code so you can see diffs.
1 Like
Nathan April 18, 2019, 5:49pm #14

It is definitely not the case that all versions are on GitHub. It looks like each game includes at most 2 or 3 versions. I suspect that not all versions of the source code even survived.

Right, I meant all versions present on the Infocom drive, of course.

I don’t know what was on The Drive, but I’m sure Jason uploaded all the versions he has access to.

Has anyone tried to compile the most interesting sounding source, the unreleased “Checkpoint”? The associated compiled Z-code file is just an early version of Journey, which doesn’t match the source code. I haven’t yet had the chance to try.

Tried successfully. all one needs is renaming the files and/or creating a file with all the needed INCLUDE-FILE. then zilf works literally as designed. aside the filenames, all compiles out-of-box flawlessly.

I wonder how and why zilf decides to compile to .z4 by default.

Could you put the built Z-code for Checkpoint somewhere online?