May the Lamp be Lit in honour of each of the brave and creative souls who sacrificed their time, brains and various bodily fluids to celebrate our yearly High Ritual of IF.

Congratulations to Brendan Patrick Hennesy. Your work was deemed most worthy.

Congratulations to Jim Nelson. Your peers have given you high praise.

Congratulations to all entrants. You have brought light to these six weeks.

----Out of curiosity: how is the special prize pot divied up? Who chose what prize and why?

----Out of curiosity: how is the special prize pot divied up? Who chose what prize and why?

The prize coordinator - I believe that’s been @tmack lately - reaches out to the winners in order and asks them which prize they’d like; as I recall it’s done in batches so like the top three finishers will get asked to rank their top three prizes, then those get allocated, and then the fourth-sixth place finishers get asked to rank their picks out of the remaining pool, and so on. So the process can take a couple weeks, especially if there’s any back and forth about the more bespoke prizes.

I don’t think there’s a public record anywhere of who gets what, except for the ones that by their nature are obvious, like @mathbrush’s sequel games or @VictorGijsbers’s sonnets, or if an author posts about what they got.

I’m not the prize coordinator this year, but that was the procedure I used: Authors claim prizes from the overall list in order of their places in the competition, and I sent off the requests in batches of three to expedite the process. (Thus I asked authors for their top three preferences for prizes, in case earlier contestants in the batch wind up claiming ones they want. Also, since the response times vary wildly, the batches were just the top three in the queue, not necessary places 1-3, then 4-6, then 7-9, etc. The process is easier to do than describe.) There’s nothing magical about the number three; it was just an arbitrary cutoff that seemed large enough of a batch size to speed up the process and small enough to make it reasonable to ask people to rank that many potential prizes.

Honestly, what caused the process to take a while wasn’t the back-and-forth about complicated prizes, or even delays in getting shipping addresses and other logistical details like clothing sizes; once I knew what prize an author claimed, I could move on to the next one in the queue while waiting on them. Instead, just getting a response from authors and donors (and avoiding having the emails marked as spam on my side or theirs!) took a while. I’m not sure can be done on the competition side to expedite that; maybe having a public-facing indication on the IFComp site of where the distribution queue stands and the current contents of the prize pool might help. (I’m not volunteering to set that up myself.)

As for records, I maintained a log of what was given out when to keep track of the prize distributions, but it’s not public (some of the prizes were donated anonymously, for example).

There is one common reason for rejoicing for the authors of course:

Free stickers for all!

@brad&@alleson, stand up and give the people a bow now would you? Folks, put’em together for Brad and Alleson, making the world a better place by throwing stickers at it!

And apparently the Golden Banana of Discord goes to One Final Pitbull Song with a whopping 2.30 standard deviation!

Is that banana still being passed around?

Jacq said they’ve been giving people Bananagrams. My vague recollection is that there was a banana that got lost, and then someone (@HanonO?) made another one and it only made it a year or two before also getting lost?

Yeah, I had a lot of fun making one in a shadow box, but it broke in shipping and apparently escaped en-route. Typical Golden Banana of Discord… 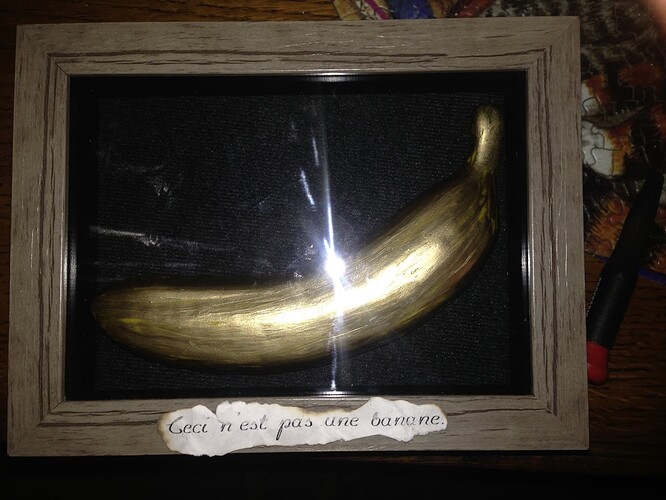 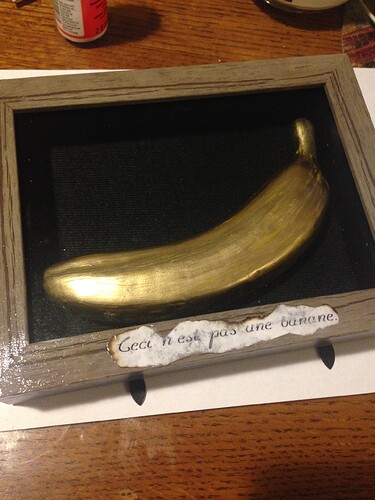 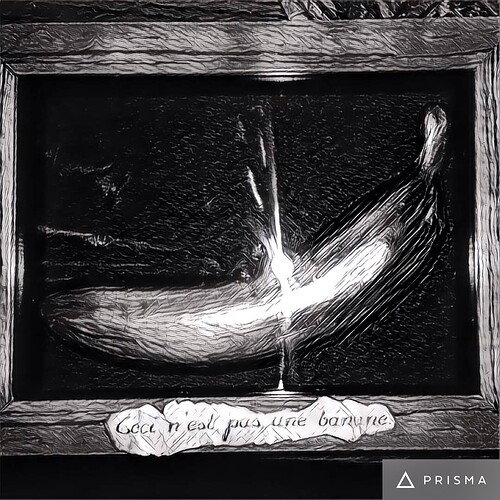