How to Save Variable Values to a Text File on Server?

How to save variable values to a text file on the server?

For example, at the end of the game, I want to save “Mario is 20 years old” to mario.txt on the server.
I am using Github repository as the server.

All these questions can be answered, and you can build or hire services that meet whatever particular set of requirements you want, but there’s no built-in “save variables to the server” function in Twine.

Thanks so much for your great info.
Yes, it’s for a survey.
I will explore other options.
Thanks again.

This has come up in some earlier threads—it sends data to Google Drive rather than GitHub. I’m not sure if it still works. 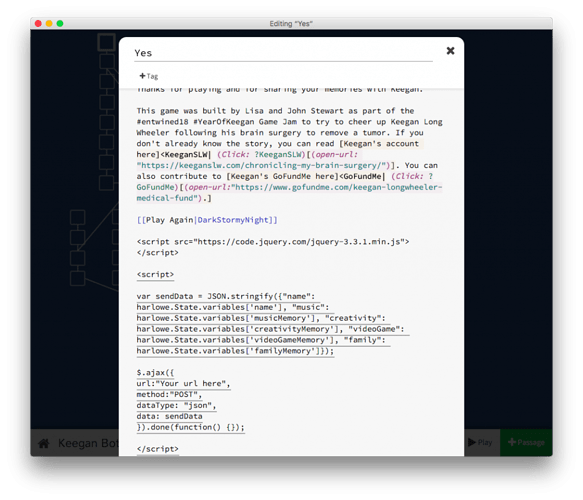 Using Twine, a free, open-source, text-based game software, you can build choose your own adventure games that explore the untaken paths in