How large is too large?

In short, I’d say go for it; I would prefer one well-crafted long entry over a dozen poorly-written, under-implemented, and boring ones.

Thanks for your support! I posted this query this morning in a sort of, “oh, dear!” moment, which was partly due to a minor health issue draining my enthusiasm rather than anything to do with the game. I still have half a dozen design and coding perplexities to work through, and then it’s on to the hint system, the NPC conversations, polishing the room descriptions, and the alpha-testing.

I hope you’re serious about liking big games, because I’ve also got a monster that I hope is ready for Ifcomp 22…

Hit me with your best shot. When yours is ready for testing, I’ll be happy to give it a go.

Having cut my teeth on Infocom, I’ve never gotten over the feeling that an IF game is supposed to take multiple days. Which is weird, 'cause in practice I like short games just fine, too. But my automatic answer to “is several evenings too much?” is “of course not!”

I suppose there can be such a thing as too big to be a good fit for the IFComp. But not in general!

I don’t mind if I have a walkthrough. Sometimes I just like seeing the idea of the game, and I have my own challenges I like to think about and navigate.

Why not set a goal for Spring Thing '23? You might get some feedback for a final maintenance release. There will always be blind spots. (Though there’s no assurance anyone will take it up from Aaron Reed.)

I like long games very much. I don’t like them in IFComp, though. I don’t open them, there. The two hour rule keeps life manageable… or just more manageable now that there are 70-100 entries per year.

When I talked about this last IFComp, what I got from people entering, say, five hour games in IFComp, was that they viewed IFComp as the ultimate IF promo opportunity. That’s why they weren’t going to not put their long game in IFComp.

Spring Thing used to be be focused on long games. It isn’t specifically, now, but that’s still where I’d suggest people release their long games, if they want them in some kind of festival or comp.

I am currently playing and mapping Acheton Jim which runs to 403 locations. I may be trad, Dad but if you feel you need the space to tell your story then don’t feel limited by the confines of a competition. I doubt if Dickens, Melville, Richardson etc. were worried although there were financial considerations behind their literary length in some cases of course.

Maybe a new competition for old large parser based games should be launched to fight the good fight. Who knows, flared jeans might come back one day? Erm, perhaps that would be a stride too far.

Who knows, flared jeans might come back one day? Erm, perhaps that would be a stride too far.

I hate to shock you, but… 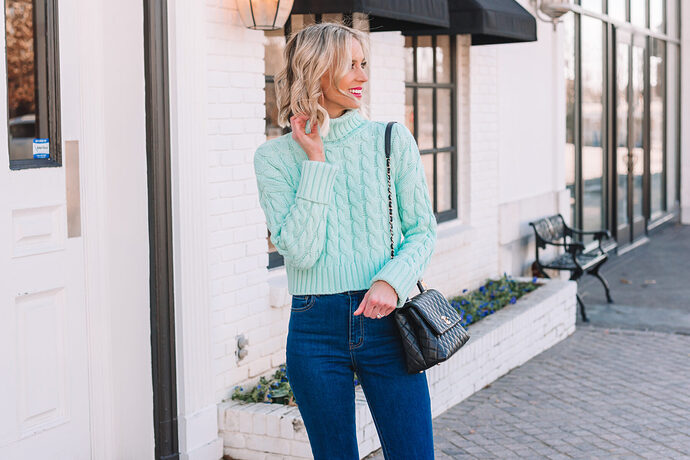 Flare Jeans are in Style for 2022 - Straight A Style

Blimey, it’ll be bowler hats and songs with tunes in 'em next!

Providing the story can be split into a sufficiently satisfying part-ending or cliffhanger, i would split the game into two. Release the first part for the comp and turn the full game into the extended post-comp version.

You then have more time to polish the first part to a high standard. Also comp feedback might help you tune or improve part 2, which is helpful.

Providing the story can be split into a sufficiently satisfying part-ending or cliffhanger, i would split the game into two.

If that were practical, I’d do it. Unfortunately, the game is wide rather than linear. Several important actions can be taken in different orders, and the player can acquire various objects early in the game that won’t be needed until much later.

I did in fact split up my Leafstone Shield fantasy epic (a work of conventional printed fiction) into four volumes, with a suitable semi-happy ending for each book and some suspense about what’s going to happen next. But that was a straight narrative – no branching.

I agree, I also like to play very long games.

I know you don’t really want to split the game, but it’s a neat puzzle to think about how this might be done.
It would be a prodigious effort depending on how many inventory items you have, but you could code something that kept track of the player’s inventory/solved puzzles and at the end of Part 1, gave a password based on that. So If I don’t have the screwdriver and I haven’t solved the pinball puzzle, my password is BLARGLE and Part 2 would understand where the player was. If I have the screwdriver but I haven’t finished the pinball puzzle, my password is GLORP. Etc. Obviously this would work much better for something which had an area that was off-limits until some puzzle is solved. It might be interesting for someone somewhere sometime to make a game where Part A was static, but depending on your choices there, Part B had some divergent paths.

It would be a prodigious effort depending on how many inventory items you have, but you could code something that kept track of the player’s inventory/solved puzzles and at the end of Part 1, gave a password based on that.

It could be done with some sort of binary code. You can pack quite a lot of information into a six-letter word if each letter can have 26 different values – 26 to the 6th power possible values. The hard part would be making sure that the password actually did contain all of the possible variations. Which characters know which facts? Which doors are locked or unlocked? Where are the objects that are not in the player’s inventory but have carelessly been dropped somewhere along the way? All that stuff.

This opens another perspective on the size issue: because I generally try to avoid potentially misleading diagonal directions (ne, se, sw, nw) very often I use 3-location corridors instead of two-location corridors. This of course reflects on the location/passageways ratio.

You can also create some kind of savegame between 1 and 2 parts. This way you store all the info you need to travel between parts.

Acheton is a must play adventure. I like this game.

I think this 2 hour rule must be rewritten. I am fine with the idea
envolving that you can vote an entrie if you play the game till the end or at least two hours, but I dislike hardly voting a game only having in mind its first two hours.

Yes, just make sure you have a couple of millennia you can set aside to play it. They really don’t make them like this any more.

I used to enjoy the larger games back when I played more regularly. I wasn’t aware of the 2 hour rule, I guess that’s the expectation that modern games should be able to be completed in 2 hours. That seems like a very short timespan to me, even my little game, which was only about 40 locations and a few puzzles would take longer than that to play, even if you know the answers to all the puzzles. However, I’m not going to enter it into any competitions, so I guess it doesn’t really matter.

Acheton is a must play adventure. I like this game.

Thanks for the tip! I’ve downloaded it, along with the maps and other stuff. It’s not clear whether the z8 version corresponds to the manual, as the manual mentions a help system that seems not to be implemented. But I’m sure it will be an adventure, so to speak.