The major highlight of this release is the upgraded interpreters, specifically TADS3. The older Gargoyle release couldn’t play a lot of newer TADS games, and that situation should finally be rectified.

There is currently only a Windows build available. I’m hoping to get a Mac developer to be able to provide a Mac build, since I’m unavailable to do that.

Thanks to everybody who contributed to this release. It took a while but we’re finally here.

Finally, please note that there have been a lot of changes since the last release, and there’s definitely a possibility that bugs have sneaked through. Please report any bugs you find to https://github.com/garglk/garglk/issues. If necessary, I’ll release followup version, and I promise it will not take 8 years.

Can some other Mac user grab my build off https://eblong.com/zarf/tmp/garglk/ and see if it works? Ideally, several users with different MacOS versions.

This is built on MacOS 10.14, using the latest Xcode and homebrew dependencies. Last time I tried this (two years ago), I couldn’t produce a portable binary that way. But maybe things are better now.

I haven’t signed this version. If it looks good to people, I’ll try another version with the sign/notarize dance.

Is anyone working on a Linux build?

FYI, the linked file is an APFS disk image so it will likely only work on macOS with APFS support (10.13 and newer).

I have now (as of 12:38 Eastern time) replaced the file at the above link with an HFS+ disk image, so it will be readable on older Macs. Thanks to kerrymg for the build fix.

For what it’s worth, the nominal MacOS target version is 10.9 and up (“Mavericks” and later). What it actually runs on, I will be interested to learn.

If anyone wants to run this on an older Mac system, I built a 10.7-compatible version here:

By the way, how do people test new builds of Gargoyle? Is there some semi-automated way?

EDIT: I also tried running Zarf’s build on my 10.9 VM. It fails with

There’s no automation. I just fire it up and make sure a Z-code, Glulx, and TADS game all run. Historically the problems have been “interpreter doesn’t launch” rather than anything more subtle.

The “lazy symbol binding” error implies that my package setup (libSDL, installed via homebrew) has a more recent OS requirement. Which is not surprising. The fact that it’s complaining about AudioUnitInitialize is a little weird – that call is supposed to be available from the beginning of OSX – but I don’t understand the subtleties of this stuff.

(I have an old Mac with 10.7 installed, but it’s in a closet, so I’d just as soon let Angstsmurf handle that end…)

If nobody runs into an unexpected error, this one can go up on the official release page.

Angstsmurf’s build works on 10.15, but since it’s unsigned, you have to do the “right-click, select Open” trick.

I gave this version the three platforms test on 10.13 and all was well.

Is anyone working on a Linux build?

I have no plans for something like a .deb or .rpm package, partly because I have no experience building them, partly because there are so many different distributions, and partly because distributions tend to be the ones to produce packages. However, I’m willing to look into one of the newer distribution systems (e.g. Flatpak), which would be portable to a variety of distributions. No guarantees on a timeframe, because I’ve never used, let alone built, such packages, but I’ll give it a try.

There used to be a portable windows version of gargoyle (a zip file that didn’t install things in the registry or in the C:/Windows or C:/User directories). I don’t see one for this new release? Or is the exe just a self-extracting archive?

I’ve added a portable version to the releases. I’m only able to test with Wine on Linux, not a real Windows system, but it works there. Please let me know if it doesn’t work on an actual Windows OS.

I forked garglk and built a script to enable RPM packaging for Fedora 29/30/31 distributions. My recent attempts to install the older gargoyle-2015-5.4.x86_64.rpm on modern Fedora operating systems resulted in errors which prompted me to do this work. I will make a pull request to your repo so you can incorporate the script if you like. I have prepared a test RPM package and it is available at the link below. I should point out that this package has SDL disabled as it was causing problems getting the build completed. Hopefully this can be resolved in a future build. 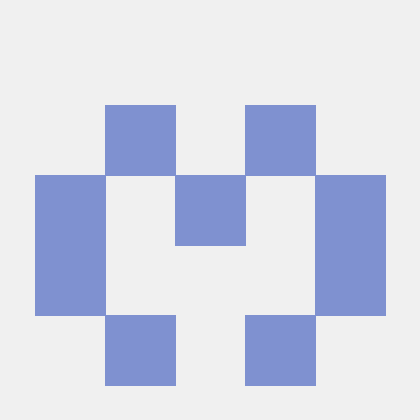 Regarding RPM see my comment in thread. I should have a chance to attempt a DEB build in the next week or so.