We have released a first demo of “When Silence Falls” and are looking for curious testers and feedback! Thank you very much!

When Silence Falls is a grim interactive novel with choose-your-own-adventure-mechanics for iOS and Android (and PC later on). Set during the Thirty Years’ War in the 17th century in Germany, it is dark, gritty and deep, and – if you’re not already hooked – filled with tons of choices! Needless to say, there are always consequences…

You can download the demo for your Android device on Gamejolt or Itch.io
gamejolt.com/games/WhenSilenceFalls/341436
inkborne-tales.itch.io/when-silence-falls

When war descended upon Germany in the first half of the 17th century, almost no one expected more than a few months of turmoil. But as months turned into years, and as the juggernaut of war started to consume the land in its voracious appetite, the life of thousands fell apart.

Sophia is one of them.

Her diary opens up a window through time and space, and as you witness how the young woman is tossed around by the vicissitudes of the Thirty Years’ War – as you begin to guide her through its horrors and politics with the notes you leave – you become her companion and friend. And in her sinister and grim world, Sophia’s destiny slowly takes shape.

When Silence Falls is unique in the way it combines historical facts with fiction, and while you follow Sophia’s story you can always check the game’s integrated timeline, list of key players or interactive map – a good idea whenever you reach a crossroads. For when you know that war is coming to Heidelberg, would you run or would you stay?

Whatever you do, choose wisely. Decisions are tough and will shape and change the life of Sophia and her fellows in the short and long term. The game will provide 3 substantially divergent paths through the plot, each of which will be further customized through sub level choices. It will be YOUR story and Sophia’s final fate is completely in your hands.

Or consider supporting us on Patreon.
patreon.com/user?u=11184245 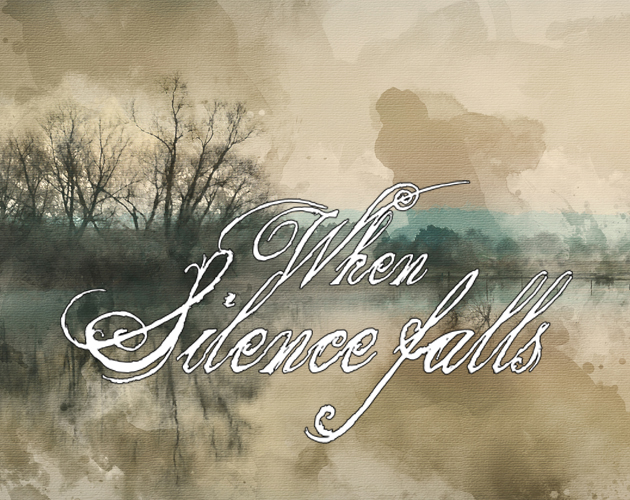