A challenge–perhaps the biggest challenge–of any complete catalog run-through is the reality that now and again, there will be games that the player simply does not like. Infocom has a pretty good batting average. Even when a game has a flaw, there is enough there to qualify it as a “base hit,” so to speak.

I don’t know why I’m doing baseball analogies. I hate baseball. Translation: there are few complete failures. Most games have redeeming qualities (I do not count the parser as redemptive, since all Infocom games have it).

I do not like Seastalker. I do not like playing it, and I do not like how incompatible it is with screen reader tools. Nevertheless, I think I owe people more than three weeks of complaining, since that ultimately isn’t very interesting.

I am VERY interested in hearing about experiences with Seastalker. Did you play it? Did you like it? Did you play other children’s IF at the time? The Wyndham Classics games released in 1984 and 1985. 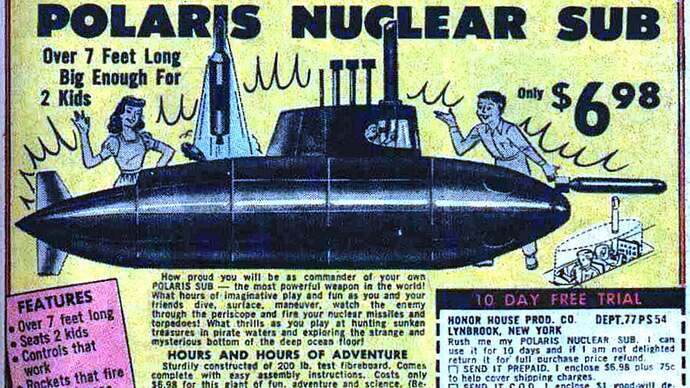 [1/3] Please, Think of the Children: Seastalker

I played Seastalker for the first time around 2016, and it left almost no impression on me; I vaguely remember a submarine and that’s it.

I just looked up my review from the time, and I apparently found it easy until halfway through where I kept dying for a reason that I couldn’t find out, and had to use the walkthrough.

Overall I think it was nice and polished and looked cool but I didn’t get inspired by it.

I just looked up my review from the time

I just read your review this morning!

It seems a lot of us had a problem with a specific game-ending timer. I see it mentioned frequently.

I thought: surely a game for children would not have such a thing. So I started an entirely new game with a different release number–I thought I had encountered a bug!

This may surprise people, but I never finished Seastalker. I detested Tip immensely. I hated stupid choices like ‘do you want this protection device installed or do without?’ I hated underwater navigation. I hated being talked down to. I think the only part I enjoyed was the feelies that came with the game. So I stopped playing and waited for the next game to be released instead.

I don’t think I would have either, if I hadn’t have set out to play the entire catalog. After the third time that the aquadome blew up, I would have moved on.

Yeah, this stuff doesn’t work well at all

“Drew,” says Zoe, “we could be in danger! The Snark may attack again any time! Would you answer some questions?” >yes
“Can you use the SCIMITAR to hunt the Snark, instead of waiting for it to attack?” >yes
“Do you wish to arm the SCIMITAR for attacking?” >yes
(If you want a clue, find Infocard #7 in your SEASTALKER package. Read hidden clue #3 and put “extensor claw” in the blank space.)

(If you want a clue, find Infocard #7 in your SEASTALKER package. Read hidden clue #2 and put “dart gun” in the blank space.)

“If you want to think it over, we should go to the Aquadome laboratory. Shall we go now?” >yes
“Okay, let’s go.”

(Aquadome laboratory)
The Aquadome laboratory is equipped for all sorts of marine biochemical research. The room is crowded with supplies and equipment. If you want to find something, you’ll have to search for it.

Tip follows you into the Aquadome laboratory.
Commander Bly comes too.
Doc Horvak comes too.

Doc Horvak says:
“Drew, right after the Snark ceased its attack, I detected a high concentration of A.H. molecules in the sea water around the Aquadome. Have you ever heard of such a phenomenon before?” >yes
Tip says, “Wait a minute! Wasn’t there something about A.H. molecules in that magazine? Shall I get it and see?” >yes
Tip returns quickly and hands you the magazine. Doc Horvak looks interested. “I’d like to see that.”

Suddenly Mick Antrim appears and says, “I’m going to check out your new SCIMITAR, Drew!” Mick turns and hurries toward the docking tank.

The excitement continues with part two of Gold Machine’s Seastalker writeup. The primary focus is packaging and story. The Infocards–besides being bad in terms of inaccessibility–are pretty disruptive in my opinion.

My final post on Seastalker is now up. I grew increasingly troubled by the courtship via hypoxia segment. I think it’s the worst moment in the Infocom canon. Bad idea, poorly implemented (you can’t really question anyone about it or show the diary to anyone).

Next week, I’ll do a one-off about the grey box standardization, which I perceive as a good news/bad news initiative.

Also: I mentioned this elsewhere, but ICYMI, the Journey podcast is up. Gold Microphone is available on every major podcasting platform. Let me know if you can’t find it on your platform of choice! 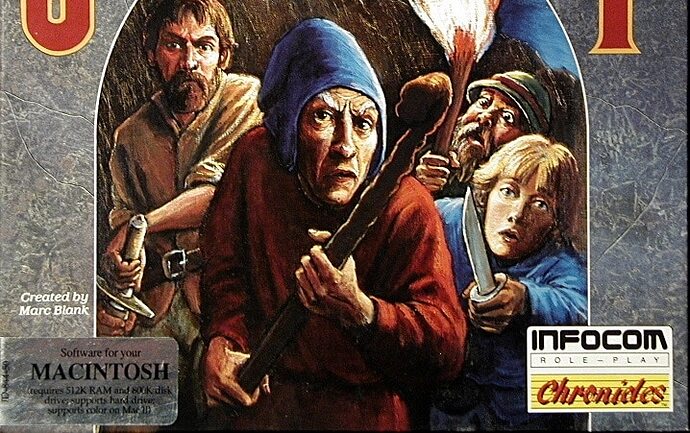