Elsegar I: Arrival ---A fantasy story about a stranded scientist--- Play Testers wanted

I’m looking for play testers for my upcoming. The synopses is “After experimenting on a strange object, you are transported to a strange new world. Now you must find a way to get back home.” Please tell me what you would like to be called and credits, tell me any grammar errors, if there is moon logic here, and so on. If you get stuck, you can ask me for hints. Thank you for your time! 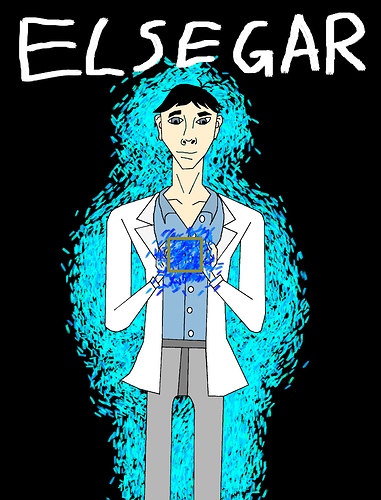 Discoverability is always a pain point in IF, if you describe your game in a few words, more testers/players will try it!

x sky
You can’t see any such thing.

I am stuck now.

I forgot to to put the sky backdrop back in. maybe try getting of the mattress. get crowbar.
hit door with crowbar.

hit door
Violence isn’t the answer to this one.

Maybe I am spoiled by the high level of IF productions I have played, but this is frustrating. More grammar errors:

I did enjoy very much the in medias res beginning and the backstory being narrated bit by bit instead of a plot dump.

Here is where I stop playing.
The game has potential but needs more love and polish!

Have you played Zork? The “Grue” is a reference to that. I’ll change it so the radio plays static in the mines. I’ll fix the grammar errors.

Have you played Zork? The “Grue” is a reference to that.

I have not, and I really should!

Where does that “It Does not appear” Message coming from?

Where does that “It Does not appear” Message coming from?

Updated to fix bugs that prevented you from completingElsegar1.z8 (381 KB) the game it self.

I have not played your game (yet). However.l, i would like to point out that designing a game is gouverned by 3 different kind if puzzles:

It is the mixture that makes or breaks a great game.

Updated and now has a few Easter eggs

Switch to glulx. Grocery Store has been overhauled. Elsegar.ulx (697.3 KB)