Do you have an old Mac? - that could make installer for Twine 1.4.3

Does anyone have an old but functioning Mac computer in the attic or basement with an old operating system (about 8 years old) that could be used to build an installer for the last version of Twine 1? (version 1.4.3).

If you have an old Mac with an 8 year old operating system don’t update the operating system. Just let me know that you have the machine and then we can talk through the steps for packaging the files on the Twine 1 repo into the Mac installer.

I don’t have any Macs, but if it helps, in the Utilities section here you can download a Twine v1 to v2 converter for Twine HTML files. If you’re trying to get to the source in an old Twine v1 file, that should help you convert it to something the Twine v2 editor can import.

Thanks @HiEv - I used that utility recently to migrate a project from Twine 1 to Twine 2. Fantastically useful.

The search for an old Mac is for a different purpose. A month ago I was weighing up whether to shift my work (belatedly!) from T1 to T2. I had been using twine 1.4.2 for a long time then I saw a comment on a forum saying that the code for twine1.4.3 was on the Twine 1 repo. Many years ago I had created a windows installer for an early version of twine 1, so I thought I’d do it again for 1.4.3 because 1.4.3 contained a lot of bug fixes.

Having created the windows installer I thought it could be linked from the Twinery website (as well as on the repo site). In pursuing that it was suggested to me that it would be good to have a Mac installer for !.4.3 as well.

Back in the day when I first had a go at creating a windows installer, Mary DeMarco created the matching Mac installer so I contacted her and she had a red hot go but ran into insurmountable compatibility issues because her operating system was up to date and wouldn’t work with the relevant old versions of Python & wxPython etc. Mary thought the production of the mac installer might be possible if we could find an old Mac with an old operating system - hence the current search.

Would it be feasible to do this using a Mac emulator?

@ Warrigal - you mean a Mac emulator on a Windows machine? I’m not sure, but I’m working with two other people with the tech skills to perhaps answer this. If a Mac emulator was used, the problem would be for it to emulate an 8 year old operating system.

There’s plenty of Mac emulators out there for Linux and Windows. It’s just a case of choosing the one that’s most appropriate for your needs. Rather than saying “an 8-year old Mac”, you need to specify the operating system and the hardware. A Google search will reveal what you need.

As a starting point, try: E-Maculation: All About Macintosh Emulation [E-Maculation wiki]. This includes guides for SheepShaver, Basilisk II, Mini vMac, Qemu and others.

Thanks @Warrigal - will see how we go.

I’ve got an old Mac in my attic that works just fine. Unfortunately, it’s 15 years old, not 8. It’s running Tiger, if I remember correctly. Wish I could help!

@ Sam_Ursu Good on ya! I’ll see if that might be able to do the job.

I have a Mac SE that I play with now and then. It runs OS 6.

@Sam_Ursu Sam @DavidG - Mary DeMarco has been able to narrow down the OSx version that should work - it looks like we are after a machine running the Yosemite version of the operating system. 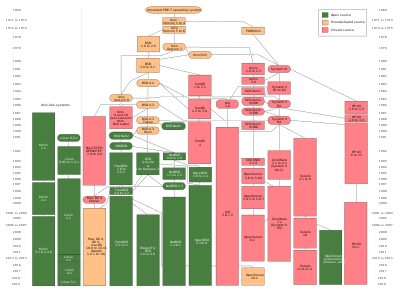 Thanks both of you for your offers of help. Appreciated.

No problem! Sadly, I think 2014 was right around when Apple started letting you upgrade for free, 100% online, so pretty much anybody with a working computer in those days would’ve probably kept on upgrading until they hit the max that their hardware could support.

That being said, I do believe there is a way to “downgrade” a Mac’s OS to an older version but it got really tricky (read: almost impossible) to do a couple years ago, esp once they stopped using install discs.

Thanks @Sam_Ursu - I had a quick look at a couple of videos about how to revert to Yosemite. In the cases I saw it seemed fairly straightforward even without using install disks. But one method involved erasing the hard disc so I’m not sure that many people will want to do that.

So I guess we just wait and see what happens. Maybe through pure luck there’s someone with Yosemite already installed.

I had a system meltdown and had to go all the way back to Yosemite a couple weeks ago. (It wasn’t a pleasant experience, none of my modern bluetooth hardware would work.) Since then I’ve gotten back and am currently on Big Sur.

Apple doesn’t like for people to downgrade in general, but I know there are links to get to older versions of the OS on the App Store and you don’t need the disks. I’m curious if it would be possible to partition your drive and dual-boot into two different OS X versions.

Per support Yosemite requires downloading a .dmg, newer versions are on the App Store but they don’t publicize the links so people don’t accidentally load old software when not intending to.

How to get old versions of macOS

If your Mac isn't compatible with the latest macOS, you might be able to upgrade to an earlier macOS, such as macOS Big Sur, Catalina, Mojave, or High Sierra.

What version of Python do you need for Twine 1.4.3?

@zarf - I produced the windows installer and I’ve written up detailed instructions for that in the Twine 1 repo readme file: 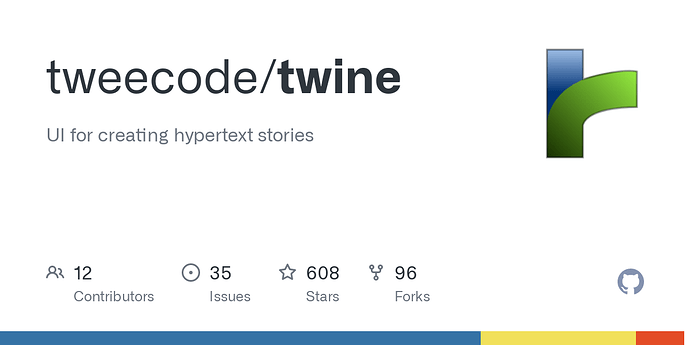 UI for creating hypertext stories. Contribute to tweecode/twine development by creating an account on GitHub.

The windows python version I used was 2.7.18 with wxPython 2.9.5.0. I’m guessing that there will be OSx versions of these vintages.

I’m not sure what version of Py2App would be needed but whatever version was current in about 2014 should be OK.