My name is Darren and I’m a freelance composer. Over the last few years I’ve been writing free to use music in my off time for anyone to use in their projects, even commercially. Currently, I have just over 150 tracks spanning multiple genres available to download here: darrencurtismusic.com

Each track you download comes with a signed Materials Release so you can prove you have my permission to use the music, should you ever need to.

Here’s one of my most recent releases.

If you have any questions or concerns, feel free to write me and I’ll get back to you as soon as I’m able. I hope everyone enjoys and finds something useful

Some of these are excellent! Thanks for making these available.

I noticed in the FAQ that you say

however, I am choosing to give away many of those rights under a “Creative Commons: By Attribution” license.

Which is great! But can you please specify the version number and link to the license URL.

However… I’m not sure the CC BY license is actually compatible with what you write just before:

The only things you can’t do are … attempt to resell it as part of your own resources. You may NOT license this music to anyone or try to sell the rights to others.

Explicitly using Creative Commons licenses is great because it means everyone knows exactly what is granted by the license and that they won’t be caught out by anything weird in the small print. So it’s great that you want to use a CC license. But I’m not sure the CC BY license actually does what you want it to. Maybe there’s another CC family license which would suit your intentions better? If you have further questions on CC licenses, this is a great site to ask about them: 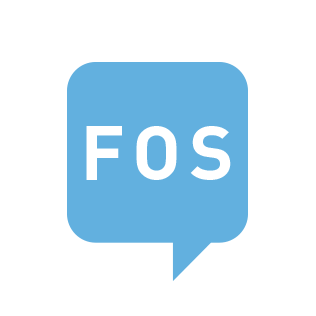 @jkj_yuio You’re welcome! Thank you for the kind words! I hope a few of them are able to help!

@Dannii Ah, yes. I haven’t edited that in awhile. It’s a very interesting point you bring up and it’s something I’ve really been torn about the last couple years.

I really, really, really want to use the Attribution 4.0 license.The main thing stopping me is the license’s Share Terms where it states: You can copy and redistribute the material in any medium or format.

I work hard on this music and I want to make sure it stays free for everyone. My big fear is that someone takes the music, packages it and sells it as a library or resource pack. Or even just sells it as part of a compilation album that could include music from other CC artists just to listen to or something. I could just be overly paranoid, but I’ve seen some pretty sketchy things go down before when it comes to resources of all kinds.

This is why I started packaging the music with my own custom signed Materials Release forms. They spell out what you can do and can’t do. Literally the only thing I restrict is what I mentioned above, redistributing the music or selling it stand alone.

Thanks for the link to that site! I may go on there and post a question just to see what the answer is.

I may just edit that portion of my site’s FAQ because I had forgotten I wrote that a couple years ago. I really would like to use that CC license, because just like you say, it’s a clearly defined institution and everyone knows what’s what.

I like to tell people to think of my music as a track you could license from AudioJungle, except there’s no up-front fee to use it. Instead of royalty free music, I make “free royalty free” music. It’s as if you purchased a lease to use it, but I’m really just giving it to you.

I don’t know. I have a lot of thinking to do over this. Thanks again for posting that link and your response! Like I said, I had forgotten that was there and it’s best to take care of something like this sooner rather than later. I’ll pop on there soon and see what they say!

Would CC BY-NC-SA work for what you want?

This license lets others remix, tweak, and build upon your work non-commercially, as long as they credit you and license their new creations under the identical terms.

That means people can’t charge for any game with your work in it, but there’s also

This license lets others remix, tweak, and build upon your work even for commercial purposes, as long as they credit you and license their new creations under the identical terms. This license is often compared to “copyleft” free and open source software licenses. All new works based on yours will carry the same license, so any derivatives will also allow commercial use. This is the license used by Wikipedia, and is recommended for materials that would benefit from incorporating content from Wikipedia and similarly licensed projects.

And you can always add something that says “Email me to get an exception if you want to include my music in your commercial movie or game” while excluding just bundling up lots of tracks to sell them.

Alternatively, I’m not sure what the actual risk of someone trying to do that would be. I do know there’s a lot of royalty free music already available, as well as lots of people selling their music. Would someone with no name recognition actually make any sales? But I don’t know the music scene well, and maybe they would.

And you can always add something that says “Email me to get an exception if you want to include my music in your commercial movie or game” while excluding just bundling up lots of tracks to sell them.

That’s actually a good idea. You could blanket your music as CC BY-NC-SA and then “by special permission” allow people to use it commercially, but then they agree not to put your tracks in any kind of compilation they could sell.