I recently wrote my Counterfeit Monkey Invisiclues thread based on this image from Emily Short’s blog. 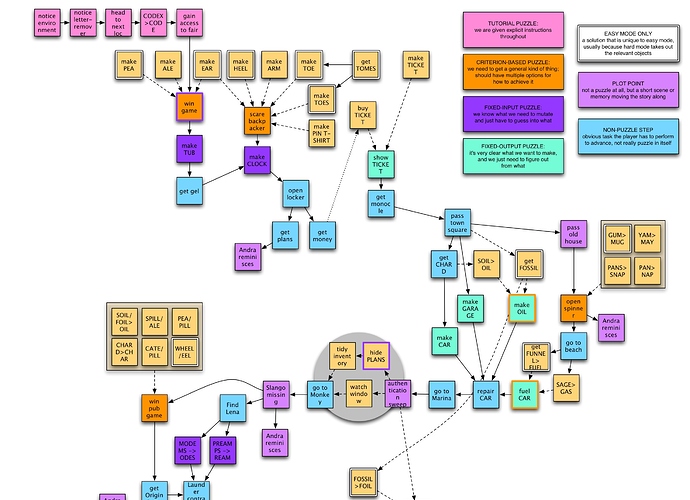 I had some questions.

The basins were removed by me by mistake and will be back in the next release.

Regarding the signs, it is a quirk of the game that stacks of identical things are different from plural objects, such as the plans, which is really a single plural-named object. The latter can be de-pluralized by removing the s, the former can not. It is even possible to create some parser-nightmare scenarios where both a stack of identical pot-objects and a plural-pots object are present at the same time.