Colossal Cave Adventure is about caving with Patricia Crowther

This Woman Inspired One of the First Hit Video Games by Mapping the World’s...

Patricia Crowther’s ex-husband coded her cave maps into one of the first hit adventure games in the 1970s, and she had no idea

I can’t summarize it any better than Josh: 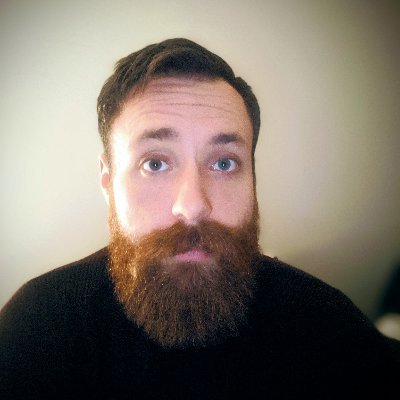 Colossal Cave Adventure is MUCH more interesting now that I know it was secretly Will Crowther's oblique excavation of his dying relationship with his spelunker wife. https://t.co/H50MdQvjnb

Patricia Crowther's monumental discovery would come to be known as the Everest of cave exploration. Little did she know, it would eventually be used to make one of the first computer games. http://read.medium.com/3fPCddd
5 Likes
jbdyer July 16, 2020, 7:08pm #2

Definitely recommended! I read it through twice. (There are some terrible Twitter hot takes where people seemingly didn’t read the article, but oh well.)

The only bit I found very odd was “Because they played the more popular version supplemented by Don Woods, who had embellished sections of the game, Patricia didn’t immediately recognize the cave it described.” – the additions by Woods fill in the edges, he didn’t really change the “realistic” part. I’m guessing the lack of recognition was just the format being unusual.

Also, if you haven’t seen it yet, Jerz’s original article (which this one references) is a great read too.

I now have a copy of The Longest Cave, the historical account of the Flint/Mammoth connection expedition. (Thanks to Jason Scott!) Haven’t read it yet, but I’ve read one of the other historical caving books from the Mammoth Cave area.

It’s really interesting which bits of caving terminology happened to make it into Adventure and then into IF jargon. We all know about “room”. Adventure also has “passages”, “canyons”, “domes”, “crawlways”, and “pits”, all of which made it into Zork. (Although without necessarily keeping their caving meaning! The line in Adventure about “rough stone steps lead up the dome” would be immediately visualized by a caver as a particular kind of vertical passage. But the Dome Room in Zork isn’t meant to be a cave-like room at all; it’s the kind of dome that MIT has.)

But then there’s terminology that didn’t carry over at all. The books I’ve read talk about “breakdowns”, “sumps”, and “siphons”. The people involved are constantly talking about what kind of cave they’re in. Is it walking cave? (High enough to get off your belly.) Is it going cave? The article above mentions that one… everyone who was involved in the exploration was obsessed with finding going cave. “Hey, there’s cave down there!” “But does it go?” There were dozens of dead ends and pinched-off cracks for every passage that might go onward to a new explorable space.

I decided to go skimming through the source for pre-Woods Colossal Cave. The original Fortran source is available as well as a port to Inform 7 by @ChrisC.

I don’t think I realized prior to this that the original game had … no ending at all? The Woods ending where you blast or detonate your way out of the cave always seemed really confusing/tacked on, but having no victory condition at all is, uh, really something.

Some interesting more recent history of Parchment/Gnusto in the mentions too: 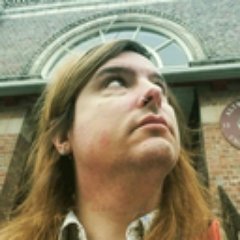 I designed and co-wrote Gnusto, the engine that that website runs on, back in 2002. It was one of the first JavaScript game engines. I'm very proud of it.

Patricia Crowther's monumental discovery would come to be known as the Everest of cave exploration. Little did she know, it would eventually be used to make one of the first computer games. http://read.medium.com/3fPCddd

(I don’t know if this is how Dannii sees it… and were there some other people involved with Parchment toward the beginning?)

Close enough. He’s right about the history. It was Atul Varma who took Gnusto and made Parchment before I got involved. And Parchment does still include Gnusto, but only for version 3 and 4 games. But Marnanel linked to a V5 game, which runs on my ZVM engine instead

. Gnusto will be removed entirely in a month or two as I make a big update to Parchment.

It was pretty much an abandoned work in progress. The “under construction” sign underground was meant to be literal; the game crashes somewhere near there.

The first Woods version (roughly 250 points) wasn’t quite done yet either — he moved the under construction sign to the troll bridge, and no endgame, that part wasn’t done until 350-point Adventure a month or two later.

It was pretty much an abandoned work in progress. The “under construction” sign underground was meant to be literal; the game crashes somewhere near there.

Yup. IIRC, there’s two ways to get into an infinite loop or softlock the version of Crowther’s Adventure that Jerz compiled and released: some of the random destinations from the Bedquilt area are invalid room numbers (right around that “under construction” sign); or typing “back” on the first turn of the game, which ordinarily moves you back to the previous room you were just in.

I don’t think I realized prior to this that the original game had … no ending at all?

And yeah, it seems clearly unfinished to me. It looks like Crowther was working towards eventually creating some sort of goal, probably involving the treasure and possibly the dwarves, but it was Woods who fleshed this out and added the points system and an endgame.